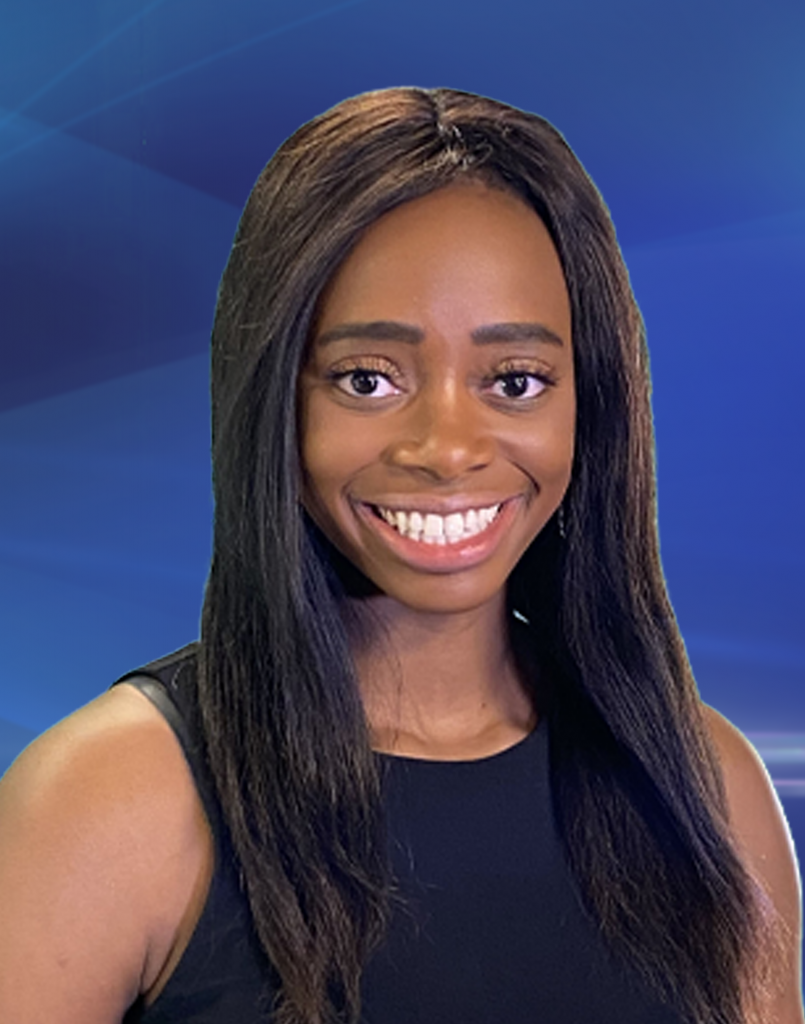 Allie Snow is from Chicago, IL.  She grew up playing and watching sports, and always had in interest in telling people’s stories.  Legendary sports personalities like the late Stuart Scott and Craig Sager sparked her interest in broadcasting at a young age.

Allie graduated from UNL with degrees in Broadcasting and Sport Media Communications.  During her time in college, Allie covered the Huskers on the sports staff at The Daily Nebraskan.  In addition, Allie interned at KETV in Omaha, Big Ten Network in Chicago and HuskerOnline.  She has received many awards for journalism while in school, including an Eric Sevareid Award, given out by the Midwest Broadcast Journalists Association for best work done by broadcast news operations and journalists.  “I am a people-person”, say Allie. She loves to share personal stories surrounding underrepresented communities and loves to get into hot topic debates with people about sports.

Allie comes from a big, diverse family with family members in Tekamah, NE and Chicago, IL.  When she’s not binge-watching shows and eating countless amounts of food, you can find Allie attending sporting events, shopping or traveling. She loves to get out and doesn’t like being bored and has been to over 20 concerts.

Allie is a MMJ/Reporter for Channel 8 Eyewitness News.

Beatrice family looking for answers after stolen vehicles were torched

Everything you need to know about opening day of firework sales

What should your children be taught in schools? Gov. Ricketts hosts town hall

As COVID-19 cases decline, respiratory illnesses are on the rise

HVAC services in high demand, shortages cause some delays

'Wedding boom' making it a challenge to book photographers

Disney On Ice performing in Lincoln

Nebraska football camps will be open to the public