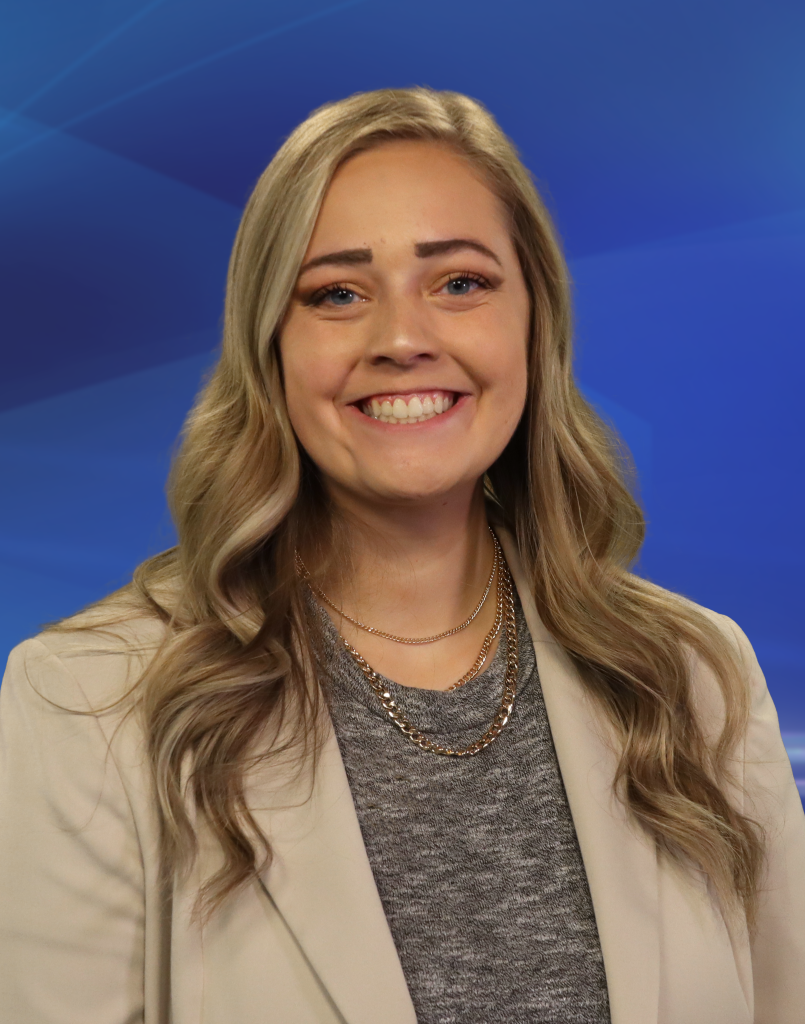 A 2022 graduate from the University of Nebraska-Lincoln, Jessica earned two bachelor’s degrees, one in sports media and communication and one in meteorology-climatology.

She interned at the college radio station, KRNU, broadcasting Nebraska football and basketball games, and she worked for NASA as a student airborne research intern looking into the detection of wildfires using the sun’s radiation and satellite products.

Jessica comes from Gretna, where she first picked up her love for storms and stories.

She was an editor-in-chief for the school newspaper, with a journalism adviser that gave her the confidence to stay on a journalism path. She also grew up comparing weather broadcasts among the Omaha stations with her mom.

She has a passion for sports, weather and serving the community of Lincoln as she starts her career in broadcast journalism. Her favorite sports teams include the Dallas Cowboys and the Huskers.

When Jessica isn’t at work, she enjoys camping, playing cards, laughing with friends and catching a game at Pinnacle Bank Arena, Memorial Stadium or the Lincoln Stars’ Ice Box. She also loves coming home to her pet guinea pig, Stormi.

‘We are starting to fall apart’: Nebraska crops will not be ‘sweating’ as long this year

Last chance at comfortable weather before a muggy airmass arrives

Humidity out, cooler temperatures in to close out July

‘This doesn’t faze me’: Neighbors react to north Lincoln shooting

‘If you see something, say something’: Inside Nebraska efforts to prevent mass shootings