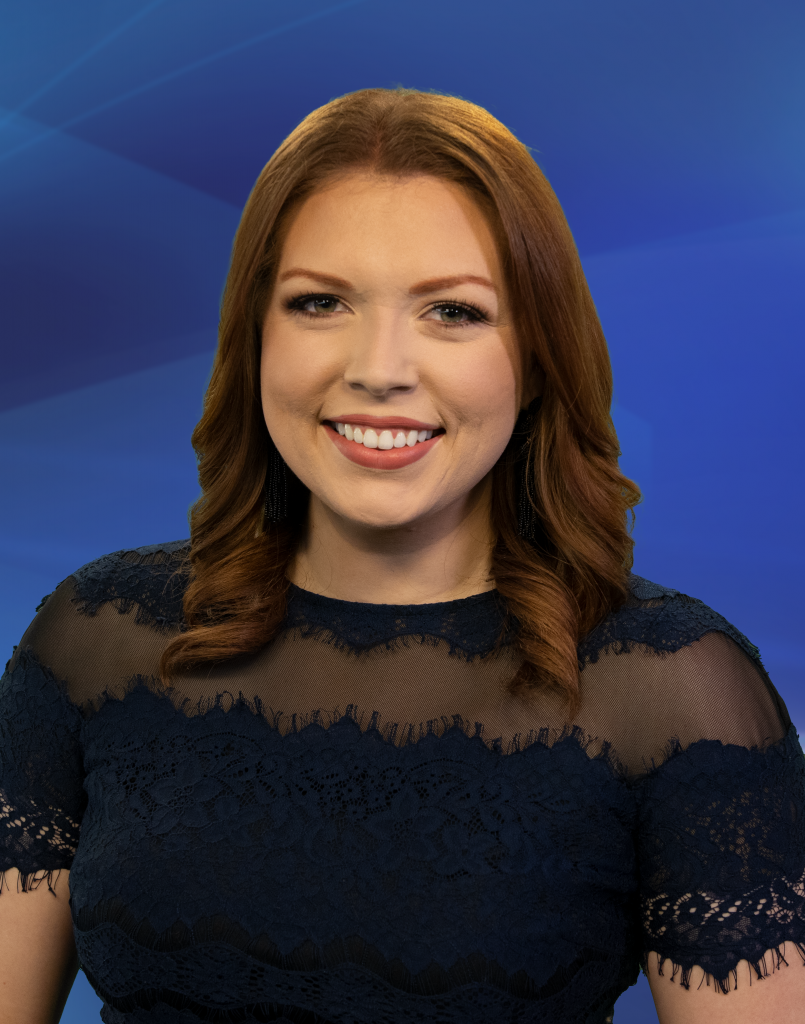 Macy comes to Channel 8 KLKN-TV from Humble, Texas. One of her favorite childhood memories happened one Christmas Eve at her grandma’s house and it was the first real snow she had ever seen. “It never really snows in south Texas,” recalls Macy and adds, “We had the best time running outside and just soaking in every moment of it.”

Macy believes that watching the news as a child was the reason she chose broadcasting.

Macy went to Stephen F. Austin State University and graduated with a Bachelor of Science in Mass Communications with a concentration in Radio/TV.  While her job with Channel 8 Eyewitness is her first broadcasting-related job, she did produce shows for her college TV station.

“My favorite thing about what I do is just getting to meet new people every day,” says Macy.  “It is so interesting getting to hear their stories and then getting to tell those stories to a larger audience and being able to spread their message.”   “I absolutely love it!”

She considers herself an adrenaline junkie. She has been skydiving twice and would go again in a heartbeat.  She also loves roller coasters and amusement parks.  In her spare time, she likes to go out and explore.  She enjoys just hanging out by the water and working out.

Macy is the Weekend Anchor for Channel 8 KLKN-TV.

NSP and LPD arrest four after pursuit in Lincoln

Senators introduce legislation to tackle the nursing shortage in Nebraska

With Omicron cases in South Africa declining, could the United States see the same?

As Lancaster County’s mask mandate expires, some places will still require them

Doctors urge people to get screened for lung cancer this November