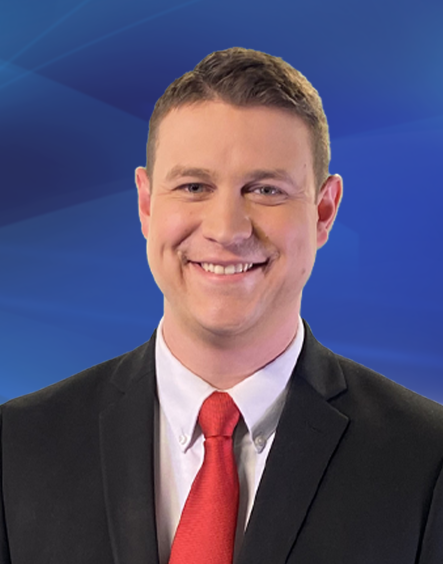 Nathan is a midwestern native and grew up in Folletts, IA, which is between the Quad Cities and Clinton, IA.  As a youngster, he enjoyed taking trips with this family, exploring different parts of the country and spending time with his extended family.

At an early age, Nathan recognized that he seemed to have a talent for news and felt it was a good fit for him.  He graduated with a BA in Communications from the University of Northern Iowa.  Before coming to Channel 8 KLKN-TV, he served as a photographer in Waterloo, IA, and a weekend anchor in Abilene, TX.

“I believe journalists at every level have a responsibility to bring accurate information to the public. I make it my personal mission each morning to make sure what I’m saying is truthful and unbiased. That’s what people deserve…,” Nathan says about his role as a news reporter with Channel 8 Eyewitness News.

He is an avid NASCAR fan and enjoys building and painting model race cars.  He also likes to experiment in the kitchen and is a Titanic history buff.  He often spends time at home relaxing with a Beatles LP or two.  He also admits that he doesn’t get to fish as often as he wants.

Data Privacy Day: a reminder to do a cyber security self-audit

Take a walk through prehistory with Expedition Nebraska

Fighting fire with fire: how bomb-dropping drones save the day

Construction continues at UNL, despite COVID

Out-of-state smoke: a trend we could start seeing more often

Climatologist warns December tornados could be a recurring issue

Crime Tip Tuesday: What to know before the snow

Center for People in Need pushes through pandemic

Keeping kids safe through the holidays

Getting to know Lincoln’s incoming Chamber of Commerce president

Nebraska is home to a team of experts fighting terror

“Divest NU” organization to make demands to Board of Regents