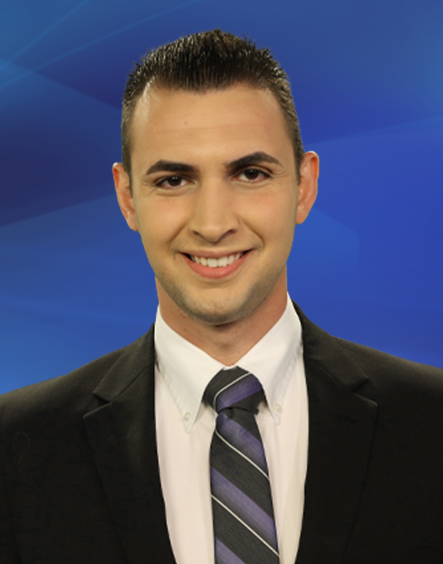 Yousef grew up in Woodbridge, Virginia.  When he was younger, he attended a summer camp that staged musical productions.  It was a great experience being cast in the lead male role for productions of Annie, The Music Man and Beauty in the Beast.  “I think this is when it occurred to me that I enjoyed performing in front of large groups of people,“ he recalls.

Yousef graduated with a degree in Communications & Digital Studies from the University of Mary Washington and earned a Master’s Degree in Journalism at Northwestern University in Evanston, Illinois.  He has covered high school sports in the Washington, DC area for DMVSTREAM.COM, working as a sports anchor, analyst, and announcer. At Northwestern, he worked as a news and sports anchor, reporter, and sports announcer. He also produced two 30-minute shows, “Running with the Windy City Bulls” and “COVID-19: Stories from across America,” which aired on CAN-TV in Chicago. For his Master’s project he and three of his classmates produced a documentary called “A World Without Sports,” detailing how athletes, broadcasters and coaches dealt with the loss of sports due to COVID-19.

Discussing his role as a reporter for Channel 8 Eyewitness New, Yousef says, “I truly love broadcasting because I have a strong passion for storytelling and I enjoy giving people a platform to tell their stories. I feel that my personality is well suited for the profession.”  He believes that one of the most important things you can do in life is to believe in yourself.  “If you do something you love, you won’t have to work a day in your life,” he adds.

In his spare time, he enjoys watching sports, trying new food, comedy, and spending time with friends and family.  He’s a huge sports fan and his favorite team is the Philadelphia Eagles.

Prison overcrowding is an issue in Nebraska: How do we fix it?

Should Nebraskans be allowed to conceal carry without a permit?

Huskers to honor MLK at men’s basketball game against Indiana

92% of Lincoln teachers concerned about mental health of students, per survey