Nebraska will face Washington State in the opening round of the Cayman Islands Classic, as the tournament bracket was released was released Wednesday afternoon by Caymax Sports LTD.

The Huskers will face Washington State in its quarterfinal matchup on Monday, Nov. 25, at 6:30 p.m. (Central) at John Gray Gymnasium, just minutes away from world famous Seven Mile Beach. It will be a matchup of new coaches as the Huskers are led by Fred Hoiberg, while Washington State is coached by Kyle Smith, who was hired after leading San Francisco to three straight 20-win seasons. The Cougars are led by CJ Elleby, who averaged 14.7 points and 7.1 rebounds per game.

Nebraska has won six of eight meetings between the schools, but the November matchup will be the first meeting since the 1998-99 season. The winner of the NU-WSU game will play either Old Dominion or George Mason the following evening. The other first-round matchups and times include Colorado State-New Mexico State (10 a.m. CT), Loyola-South Florida (12:30 p.m. CT) and George Mason-Old Dominion (4 p.m. CT).

Five of the eight teams reached postseason play in 2018-19, as New Mexico State and Old Dominion advanced to the 2019 NCAA Tournament, while Loyola of Chicago and Nebraska played in the NIT and South Florida captured the 2019 College Basketball Invitational championship. 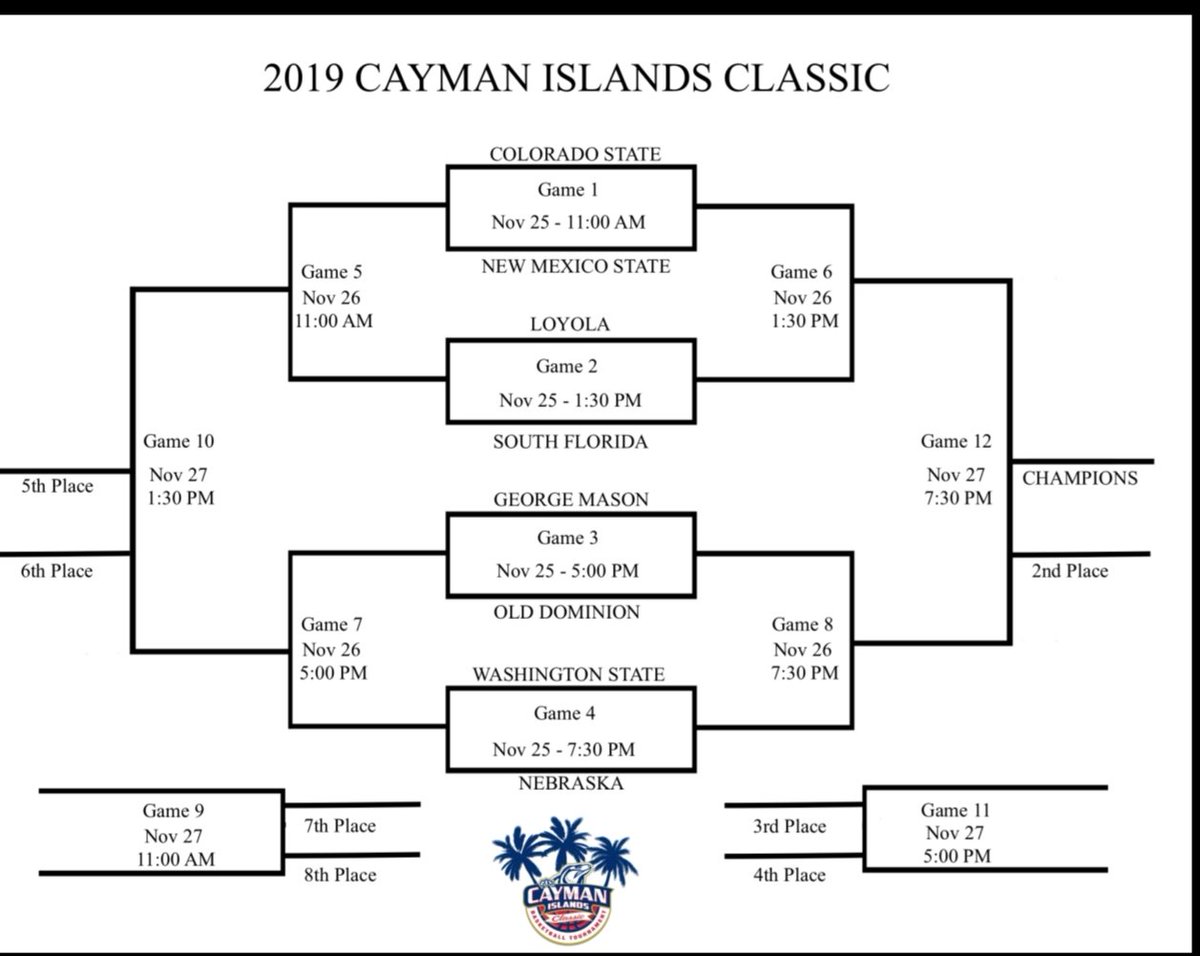