The Board of Regents voted today to confirm Walter “Ted” Carter, VADM (Ret.), as the eighth president of the University of Nebraska system.
Thursday, December 5th 2019, 1:04 PM CST by Brent BonFleur 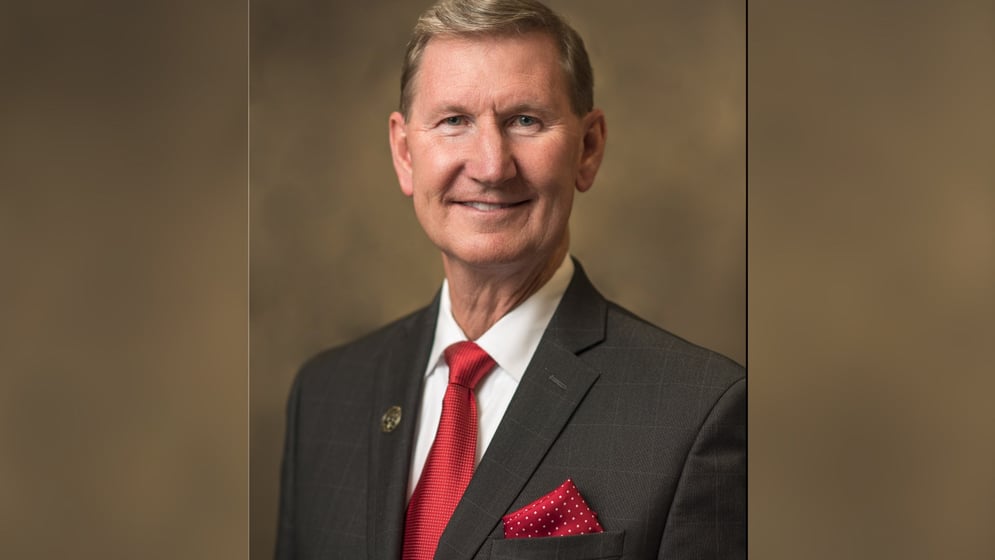 From: University of Nebraska Press Release

The Board of Regents voted today to confirm Walter “Ted” Carter, VADM (Ret.), as the eighth president of the University of Nebraska system.

Carter, the immediate past superintendent of the U.S. Naval Academy whose tenure included records in graduation rates and student diversity and a top national ranking by Forbes Magazine, will begin transition work as NU’s president-elect on Dec. 16. He will assume overall leadership on Jan. 1, succeeding Interim President Susan Fritz, Ph.D.

His appointment concludes a national search launched in April that has engaged faculty, staff, students, alumni, leaders in agriculture and business, and Nebraskans across the state. After being named the Board’s priority candidate for president on Oct. 25, Carter underwent a month-long review period that included almost 30 public events in a dozen Nebraska communities.

He was unanimously supported by a 23-member Presidential Search Advisory Committee representing a range of university constituencies, and received votes of support from each NU student body president.

Carter, who with his wife Lynda will relocate from Suffolk, Va., to Nebraska, thanked the Board of Regents and people of Nebraska for their engagement and trust. He pledged to work with the chancellors, faculty, staff and students, along with NU’s many public and private partners, “to make the University of Nebraska the best it can possibly be.”

“I’m humbled to even have been considered for the University of Nebraska presidency – a job that I believe is one of the best in American higher education,” he said. “Lynda and I are excited to call Nebraska our next home. The time we’ve spent in this great state has further convinced us that Nebraska is a place that can, and will, change the world. We can’t wait to get started.”

Reporting to the Board, the president is the chief executive officer of the four-campus University of Nebraska system. The president is responsible for carrying out the strategic priorities of the Board and is the primary advocate to the Nebraska Legislature and other constituencies. Direct reports to the president include the campus chancellors and NU-wide chief business, academic, legal and information technology officers.

Board of Regents Chairman Tim Clare of Lincoln said: “When we looked at the qualities we were seeking in the next university president, Ted Carter checked every box. He puts students first and values academic excellence. He is a champion of diversity and inclusion and is a skilled relationship-builder. His character is second to none.

“The Board has high expectations, and we will measure our progress rigorously. I have full confidence in Ted’s ability to lead our university forward.”

Board Vice Chairman Jim Pillen of Columbus, who chaired the search committee, said: “Nebraskans expect their university to compete with the best institutions in the country. Together with the University of Nebraska community, Ted Carter is going to help us do that. I couldn’t be more excited about what the future holds for our university.”

The Naval Academy’s Class of 2019 achieved a record-high graduation rate of 90 percent. Carter also significantly advanced diversity and inclusion there; of the Class of 2023, 28 percent are women and 40 percent are ethnic minorities, meaning white men are no longer the majority for the first time in the academy’s 173-year history.

Additionally, Carter formed the nation’s first accredited cyber operations program, and during his tenure, the Naval Academy was ranked the nation’s No. 1 public university by Forbes Magazine. In 2018, the academy enjoyed a record-high 69 percent winning percentage across all sports.

Carter, a Distinguished Flying Cross and Bronze Star recipient, brings extensive military service, having graduated from the Navy Fighter Weapons School (Top Gun) in Miramar, Calif. He was commander for the Carrier Strike Group Twelve, in which he commanded 20 ships, two nuclear-powered aircraft carriers and two carrier air wings that were deployed to Afghanistan and the Arabian Gulf. He is a naval flight officer with more than 6,300 flying hours, and has completed 2,016 carrier-arrested landings, an American record.

Carter earned his bachelor’s degree in physics and oceanography from the U.S. Naval Academy. He also has educational credentials from the 18-month-long Navy Nuclear Power School, the U.S. Air Force Air War College, the Naval War College and the Armed Forces Staff College.