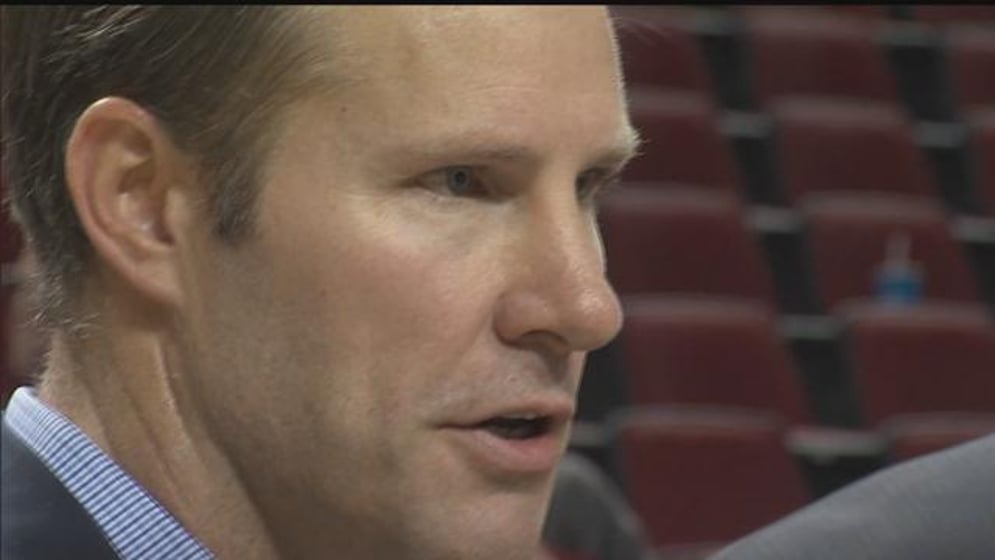 The Nebraska men's basketball team, playing its second road game in four days, could not overcome a strong shooting performance from No. 21 Ohio State Tuesday night, as the Huskers fell to the Buckeyes 80-68 at Value City Arena.

Ohio State (12-5, 2-4 Big Ten) shot 54.5 percent on the night, the highest percentage by a Husker opponent this season. The Buckeyes were 30-of-55 from the field, including 10-of-22 from the 3-point line. CJ Walker, who scored 14 second-half points, paced six Buckeyes in double figures with a game-high 18 points. Kaleb Wesson added a double-double for Ohio State with 13 points and 14 rebounds.

Nebraska, which topped the 60-point mark for the first time in seven trips to Value City Arena, fell to 7-10 overall with the loss and dropped to 2-4 in Big Ten play. The Huskers shot 42.4 percent from the field and were 9-of-22 from the 3-point line. NU knocked down eight threes and shot 54.8 percent in the second half.

It was a balanced scoring night for the Big Red, as six Huskers had at least nine points. Thorir Thorbjarnarson led Nebraska with 15 points – all of which came in the second half – while knocking down a career-high five 3-pointers. He also led NU with six rebounds. Jervay Green, Cam Mack and Yvan Ouedraogo each added 10 points for the Huskers, with Mack adding six assists. Dachon Burke Jr. and Haanif Cheatham scored nine points apiece.

In the first half, Nebraska outscored the Buckeyes in the paint, had more second-chance points, more fast-break points and more points off turnovers, but shooting was the difference as Ohio State built a 13-point halftime lead. Ohio State shot nearly 54 percent from the field and was 5-of-10 from the 3-point line, while the Huskers shot just 31 percent and missed eight of their nine 3-pointers.

The Huskers held the Buckeyes scoreless for more than three minutes to open the game before Andre Wesson hit a trio of 3-pointers in less than a minute to quickly give Ohio State a 9-4 advantage. Three minutes later, the Buckeyes used an 8-0 run to build their first double-digit lead at 17-7.

NU was down nine with 6:49 remaining in the half before Kyle Young scored six straight points to push the lead to 15. The Buckeyes would stretch the lead to 16 before the Huskers scored five of the final seven points of the half, cutting the lead to 11 before Justin Ahrens hit a buzzer beater to send OSU into the locker room on top 38-25.

After making only one 3-pointer in the first half, Nebraska knocked down a pair of threes in the first two minutes of the second half, but Ohio State answered with baskets on five of its first six possessions to lead by as many as 18. Nebraska chipped away and cut the lead to 13 on Thorbjarnarson's third 3-pointer of the half, only to see Ohio State respond with a 12-0 run to take a 68-43 lead with 8:25 to play.

Nebraska then held Ohio State without a field goal for more than three minutes, but the Huskers were able to trim only five points off the lead during that stretch. Trailing by 20, Nebraska continued to fight with Green and Thorbjarnarson combining for 11 points during a 13-3 Husker run that cut the lead to 76-63 with 1:30 remaining. But the closest Nebraska could get was the 12-poitn final margin, as NU outscored Ohio State 43-42 in the second half.

Following a two-game road trip, Nebraska returns home to host Indiana Saturday night. Tipoff at Pinnacle Bank Arena is set for 6 p.m., and the game will be televised on BTN with a radio broadcast available, courtesy of the Husker Sports Network.