Winter still had a firm grip on southeast Nebraska during the day on Sunday. Highs only managed to make it to 14° in Lincoln, with snow on the ground likely influencing temperatures in the cool direction. Although we were well below freezing, full sunshine did allow for some melting of the snow from Saturday.

Clear skies remain overnight and into Monday morning. It should be another cold night, but low temperatures will be warmer compared to previous mornings. We’re expecting lows to be near 7° in Lincoln on Monday morning. It is possible that the airport may run a few degrees cooler. 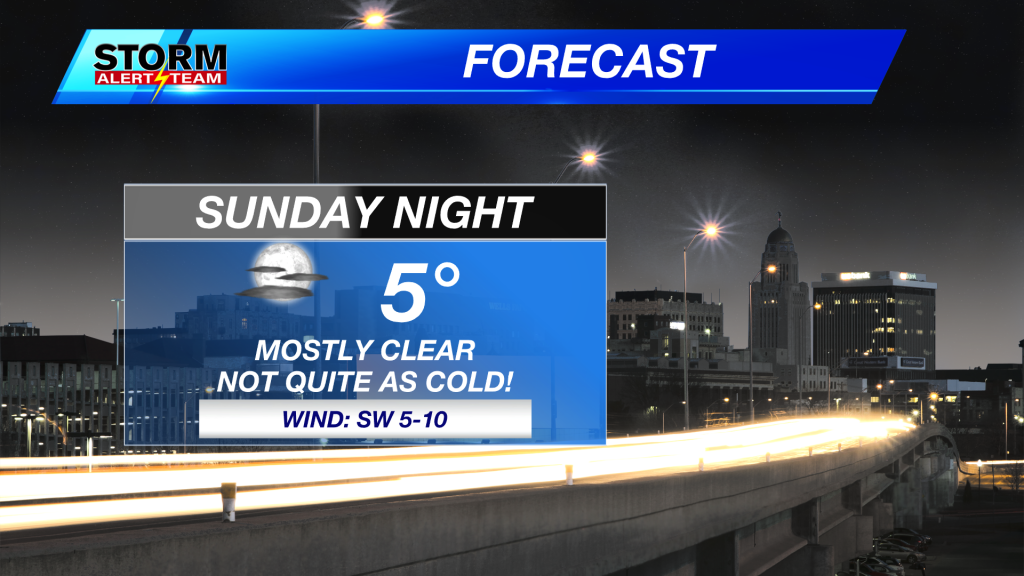 High temperatures climb into the 40s on Tuesday. However, a cold front pushes through the state on Tuesday evening which will halt any additional warming. This frontal passage appears to be dry.

There are still questions as to how this disturbance will track, meaning it could track in a way that entirely misses Lincoln. The best chance for snow showers is farther to the south and west. Overall, this is a relatively weak system that doesn’t appear to pose significant issues at this time. 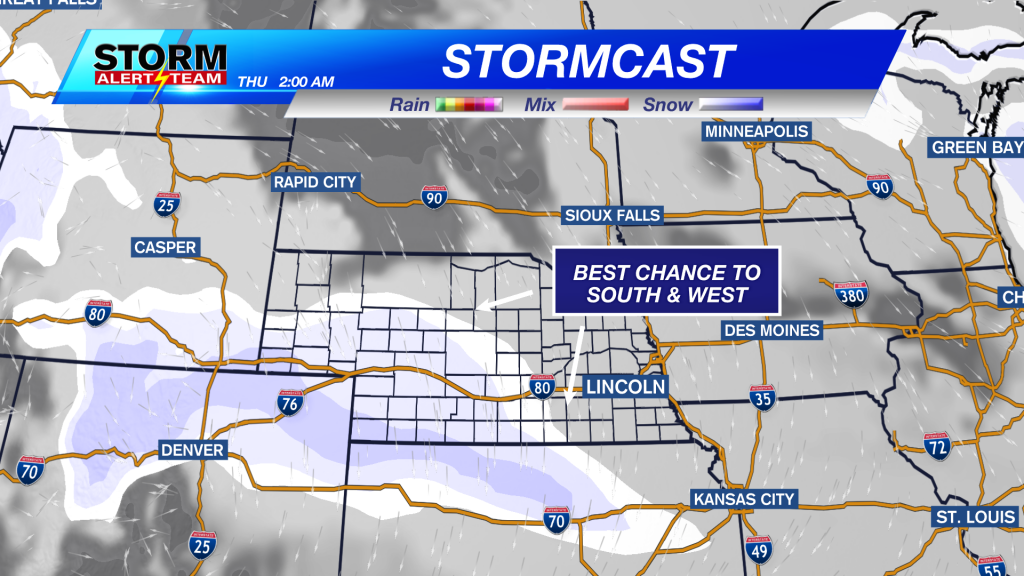 Even if we don’t see snow showers on Wednesday night, one thing is for sure – we’re ending the week on a cold note!