LINCOLN, Neb. (KLKN) – A house built over 100 years ago near Hallam survived a devastating wildfire in Lancaster County on Sunday.

The owner, 98-year-old August ‘Gus’ Wendelin, says the fire burned down his garage, some outbuildings and a trailer home.

But the house was left untouched.

His daughter Sharon Wendelin said, while they lost some possessions, they’re lucky the house survived.

She says one of the hardest things she lost in the trailer home was about 20 handmade quilts. She’s been making them for years and has more than 500. 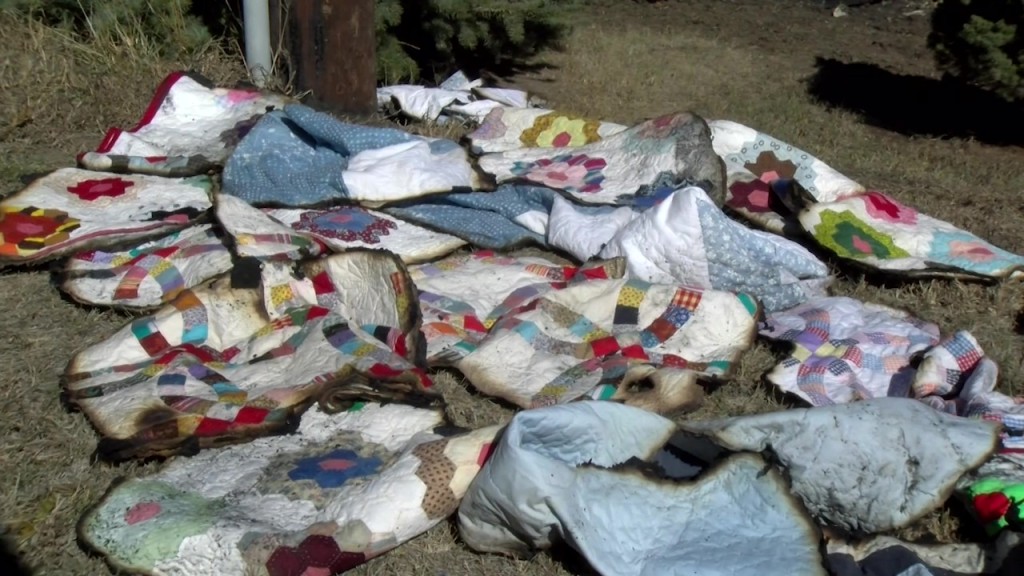 Several of the handmade quilts burnt in the blaze.

Gus says despite what they lost, he thinks his family will be alright in the house that survived.

“We got a big house,” he said. “My dad built this house. Right before my time. And we got an upstairs and 4 rooms downstairs. We got enough room we don’t need another trailer house.”

Gus said he was born and raised on that property, which has been passed down since his great-grandfather first lived there.

Gus says he hasn’t ever seen a fire like this, only smaller ones that didn’t do much damage.

“I don’t like it, I’m scared of fire,” he said.” But what can you do? Nobody got hurt at least, well a couple of firemens got hurt but nobody died from it.”

A car parked in front of their trailer home, 2 lawnmowers, and some other tools which he says are old enough to be antiques, were also lost in the wildfire. 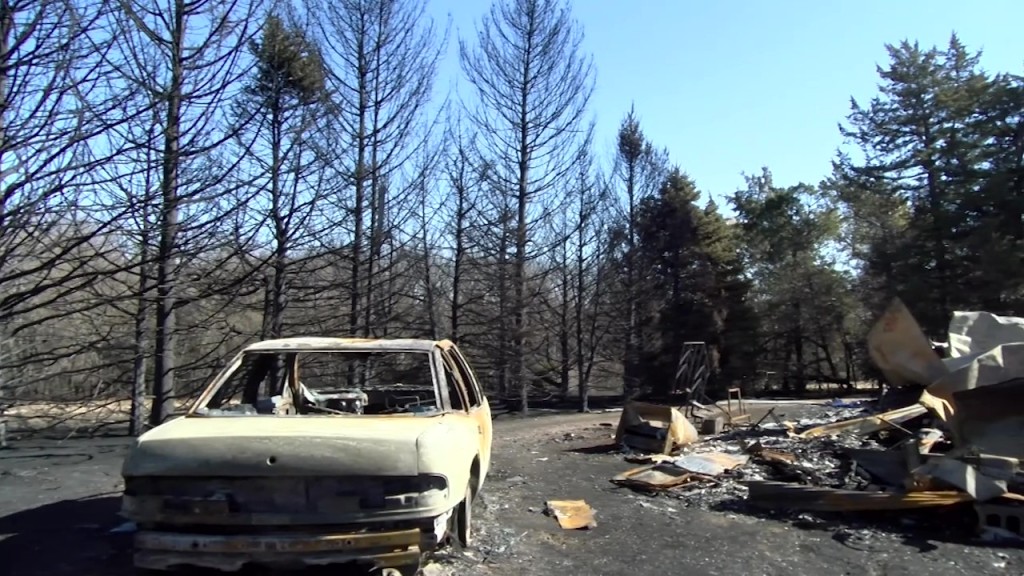 A car and the remains of the trailer home that burned down.

Sharon and Gus say they’re grateful for all of the help they’ve been getting from their friends and neighbors.

Gus says he doesn’t want to ever leave that house and plans to stay until he’s at least 100.