In his statement, Herbster addressed frustrations he had seen among voters while campaigning.

“The need for change was a constant theme at nearly every campaign stop we made in 2021 and 2022,” Herbster said. “Most Nebraska Republicans did not feel their voices were being heard or that anyone at the NEGOP even cared.”

Prior to this year’s Nebraska GOP convention, several Republicans were barred from entering the convention. Party officials said their criticism of the party and of Governor Pete Ricketts were the reasons they were uninvited from the event.

Regardless, several of the barred individuals showed up at the convention. Some eventually made their way in before driving the call for a change in leadership.

The new NEGOP Chairman Eric Underwood has said the party will now shift its focus to unifying all Republicans across the state, something Herbster echoes in his statement.

“I talked with many about growing the party by bringing in the Liberty and Patriot Republicans to form one huge family bound by our common values and ideals,” Herbster said.

The Nebraska GOP has said they will continue to support Republican candidates who won in May’s primary, including gubernatorial candidate Jim Pillen. Charles Herbster has also committed to supporting Pillen in November’s election.

Herbster’s full statement can be read below. 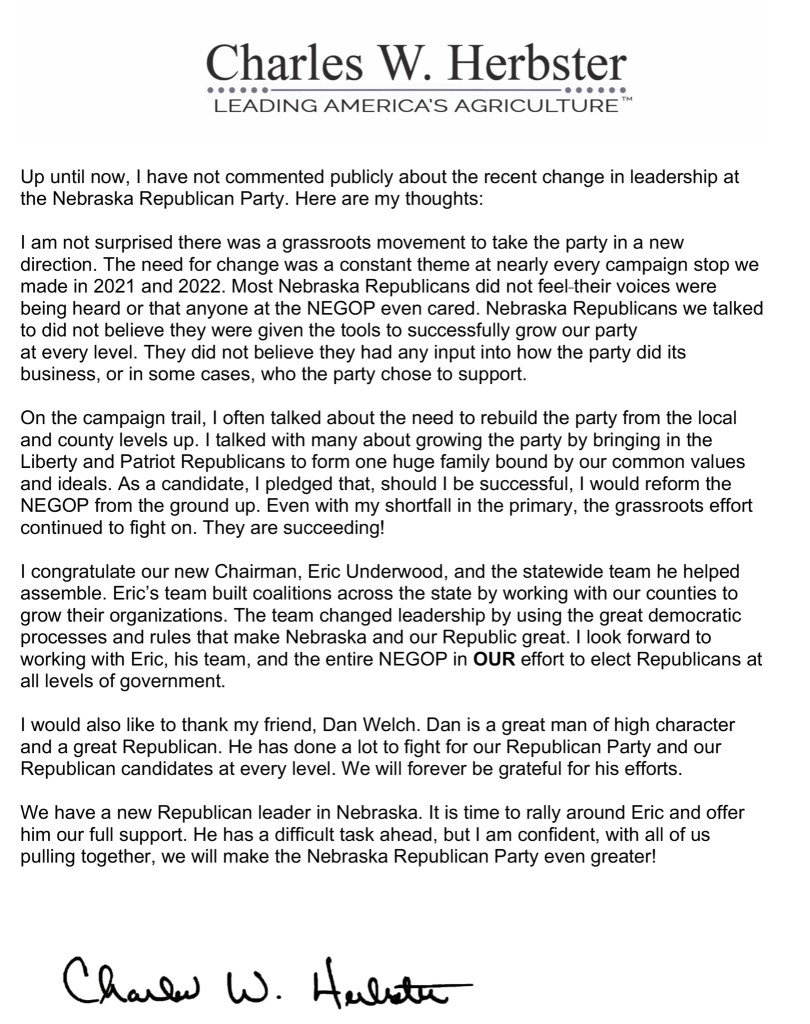