‘Everybody has the power to save a life’: LPS promotes suicide prevention resources

In order to help those most vulnerable to suicide, young adults between 10 and 24, Lincoln Public Schools officials say they’ve been training their staff and implementing tools to help students take care of their mental health. 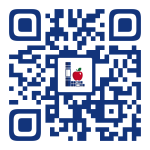 Andrea Phillips, the LPS coordinator for school social workers, says they are focusing on teaching “SOS,” or the Signs of Suicide, to students so they can recognize when someone is in need of support.

She said high school ID badges this year have a bar code “that will take students to lots of important resources,” including 988, the National Suicide Prevention Lifeline.

For Suicide Prevention Week, LPS said it has been sending out age-appropriate resources and videos to inform the district about how to help and where to go when a person is in need.

LPS also has counseling services for students in both one-on-one and group settings to teach kids healthy coping skills.

Ursula Vernon-Hansen, an LPS social worker and crisis team leader, said the district wants to help parents and teachers to have open conversations with kids so they have trusted adults to go to for help.

“Everybody has the power to save a life, that’s the most powerful piece we can teach not only our parents, our staff, but our kids,” she said. “This is not tattling; this is telling an adult, a trusted adult that can get you help. And so, it’s so important to yes, send those messages.”

Students are also getting involved through the Hope Squad, a national organization that aims to reduce youth suicide through education, training and peer intervention.

Kaylee Denker, a senior at Lincoln East High School, is part of the Hope Squad and said it’s helpful for people who don’t have people to talk to about their struggles.

“Oftentimes, people don’t really like to go to school counselors and stuff just ’cause they’re scared,” she said. “Sometimes they don’t want their parents to find out. But that’s what Hope Squad is. You go to your peers, and then your peers will assist you to who you feel comfortable with.”

Denker said the Hope Squad teaches kids how to focus on themselves and what works for them before then helping others.

Currently, Hope Squad is only at Lincoln East, but LPS is hoping to get it going at other schools.

LPS believes its student resources will help to keep kids happy and healthy as the school year goes on.