Inmates among those to get COVID-19 vaccine before general population

Family and advocates of inmates say it's important to vaccinate the state's incarcerated population as their living situations place them at higher risk of contracting the virus.

LINCOLN, Neb. (KLKN) – Of those slated to be vaccinated for COVID-19 before phase 2, the general population, are inmates of Nebraska’s correctional facilities.

On the state’s vaccination plan, prisoners are listed in phase 1C, citing their congregate living quarters.

“We’re trying to make sure that we’re looking out for the overall public safety,” said Governor Pete Ricketts during a one-on-one interview with Channel 8 last week.

“By controlling outbreaks in our corrections system, we certainly have lots of our state teammates there and they go out in the public. So that really helps the general public as well as the inmates. This really is about making sure we’re taking care of all Nebraskans,” he says.

Despite minor backlash following the news, family members of inmates were pleased, including Tracy Jackson.

Jackson’s husband, Earnest, was convicted and sentenced for the 1999 shooting death of Omaha teen Larry Perry when he was 17 years old. Now 38, many close to Earnest, including his wife and attorney, believe he was wrongfully convicted. 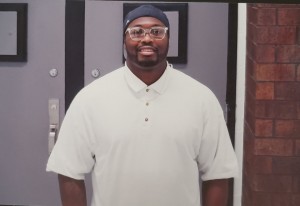 Earnest Jackson has served 21 years after being convicted of the death of an Omaha teen. Many believe he was wrongly convicted. Photo courtesy: Tracy Jackson

Jackson says COVID–19 exposures in the prison have been a big fear for her husband and other inmates.

“It just spreads like wildfire cause they’re in [such] close proximity to each other and unfortunately they don’t have access to not be,” she says.

As of Tuesday, the Nebraska Department of Corrections (NDCS) says s 497 correctional officers have been infected with COVID–19, along with dozens of inmates at several facilities prompting periodic lockdowns.

Since September, a total of five inmates who suffered from underlying health conditions also had the virus at the time of their death, according to NDCS.

“We can choose who we associate with as far as where we go, who we hang out with, and things like that. My husband and the rest of the inmate population, they don’t. These are people they have to be around every day with no choice in their matter,” Jackson says.

Kietryn Zychal, a journalist and humanitarian who works closely with prisoners and investigates cases of wrongful or potential wrongful convictions says the COVID-19 vaccine isn’t about who is deserving of it.

Zychal works closely with 76-year-old Edward Poindexter, who was convicted and sentenced to life in prison in 1971 for the murder of Omaha police officer Larry Minard. The controversial case has led to questions of whether Poindexter was guilty or not. 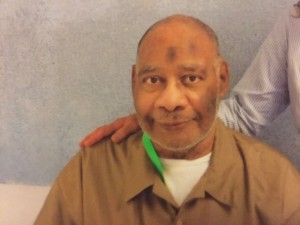 Edward Poindexter has served 50 years for the death of an Omaha police officer. Many believe he is innocent. Photo courtesy: Kietryn Zychal

Since the pandemic began, Zychal says Poindexter has been in extreme isolation from others out of fear of contracting COVID-19. After a triple by-pass surgery and as someone who receives dialysis treatments three times weekly, Zychal says if Poindexter were to be infected with the virus, his chances of survival would be slim.

“Once it’s in there, it spreads like crazy,’ she says.

“And really, we’re talking about 5,000 people. There are 5,000 people in prison and, you know, 2 million people in Nebraska so really it’s no skin off our teeth to make sure those 5,000 people are vaccinated so that they don’t harm the staff and then the staff doesn’t go on to harm their families.”

Correctional staff will be vaccinated sooner than the inmate population, in phase 1B along with those 65 and older, educators, and other essential workers.

For months, visitations to the state’s facilities were closed and Jackson says it was staff members who were exposing inmates.

“The staff ultimately go back to the community so either way it’s gonna help. The fact that staff go in, they’re vaccinated, the incarcerated aren’t vaccinated [but] that is less that they’re going to bring out of that facility to the community which therefore is going to help everybody,” Jackson says.

Now, visitations have continued, but are limited to one-hour visits once a month. No touching or hugging is allowed, and inmates are separated by visitors by tables.

Jackson says getting inmates vaccinated means being closer to more regular visitations and the continuation of programs for inmates that have been shut down for months.