The COVID-19 pandemic resulted in a boom in rescue rates, but that trend has reversed with people going back to work.

The COVID-19 pandemic resulted in a boom in rescue rates, but that trend has reversed with people going back to work.

“Last summer, at this time, we were doing record numbers of adoptions,” Skinner said. “This summer, it’s been kind of the opposite of that.”

Skinner says Nebraska No Kill is seeing a “flood of dogs” coming into the rescue this summer.

“Unfortunately, a lot of people who adopted last year didn’t plan for this and some dogs are exhibiting signs of separation anxiety, because they’ve never been left alone,” he said.

Eli and Calvin are mutts that Nebraska No Kill took in from a litter of eight. 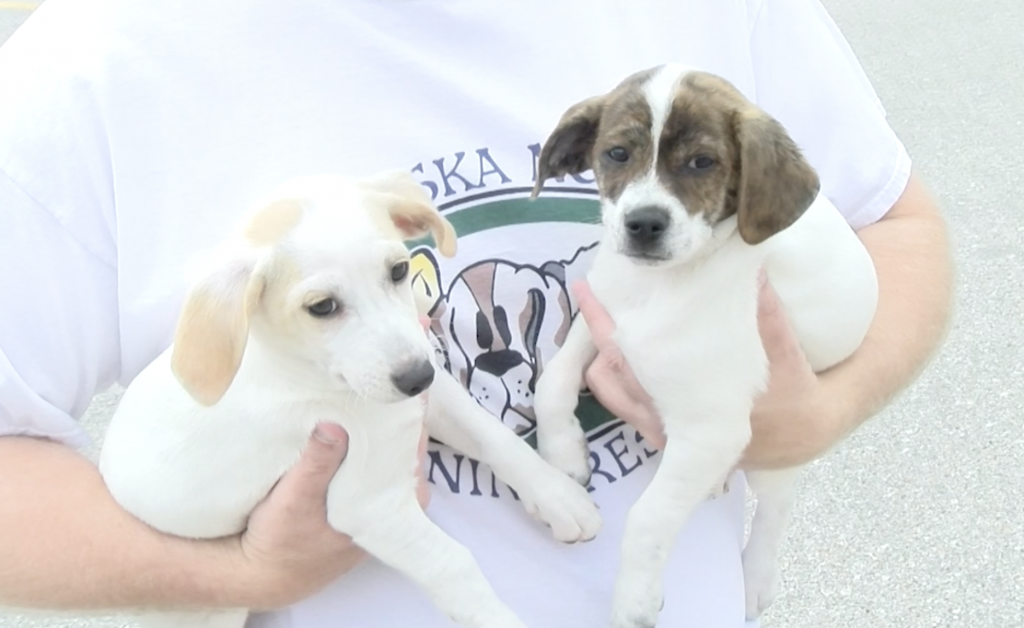 Calvin (left) and Eli (right) are two mutt puppies recently taken in by Nebraska No Kill.

On National Mutt Day, Skinner says it’s to spay and neuter dogs to keep as many from being homeless as possible.

Skinner is hoping to find forever homes for Eli, Calvin and their brothers Copper and Charlie. Their four other siblings have already been re-homed.

He advises people interested in adopting a mutt puppy do their research and make sure they have plenty of time to house train them.

“Puppies are a lot of work, and mutts aren’t necessarily more work, but puppies aren’t for everyone,” Skinner said. “So we just tried to encourage everybody to consider their lifestyle before they add a full-time family member and make sure that it’s right for them.”

Nebraska No Kill is working with 12 to 20 dogs right now, with some in foster homes and others receiving medical care.

The fee to adopt a dog from the rescue is $250, which goes towards dog food, potty pads, vaccinations for the dogs, deworming medication and a pet microchip.

You can learn more at the Nebraska No Kill website here.