The tornado had peak winds of around 110 mph and did damage trees, structures, and power poles

GRAND ISLAND, Neb. (KLKN) – The National Weather Service (NWS) office in Hastings concluded from damage surveys that an EF-1 tornado occurred early Monday morning in Hall and Merrick counties.  There are no reports of fatalities or injuries at this time.

The tornado started at 12:51 a.m. Monday about four miles south of Grand Island and quickly gained strength.  The tornado tracked to the northeast, dissipating in the southwestern tip of Merrick county at 1:10 a.m.

Peak winds were estimated to hit speeds upwards of 110 mph, giving it an EF-1 rating.  The overall path length was 9.7 miles. 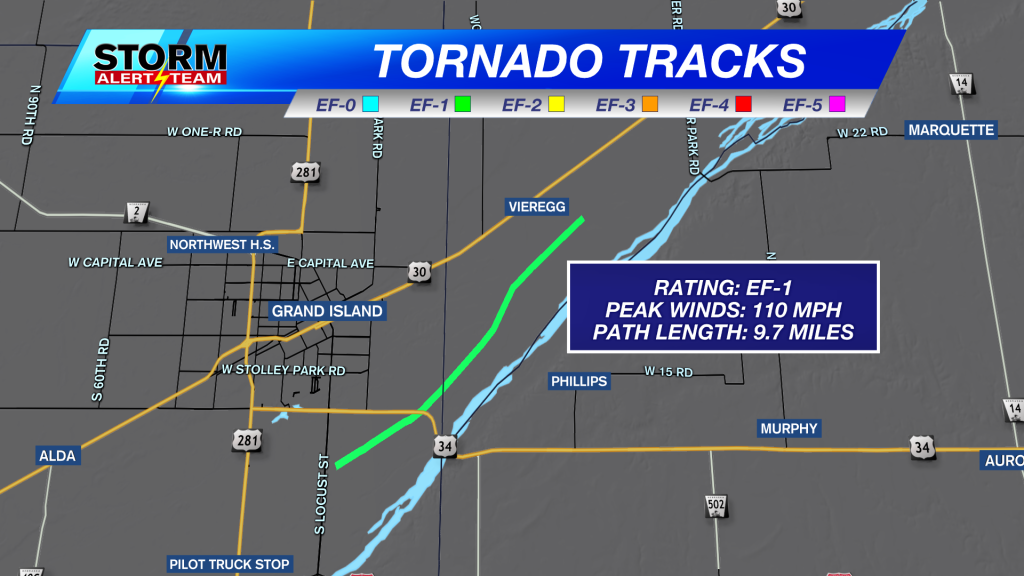 Debris was detected on radar while the tornado was in progress. A distinct tornadic debris signature (TDS) was evident shortly before 1 a.m. Monday. 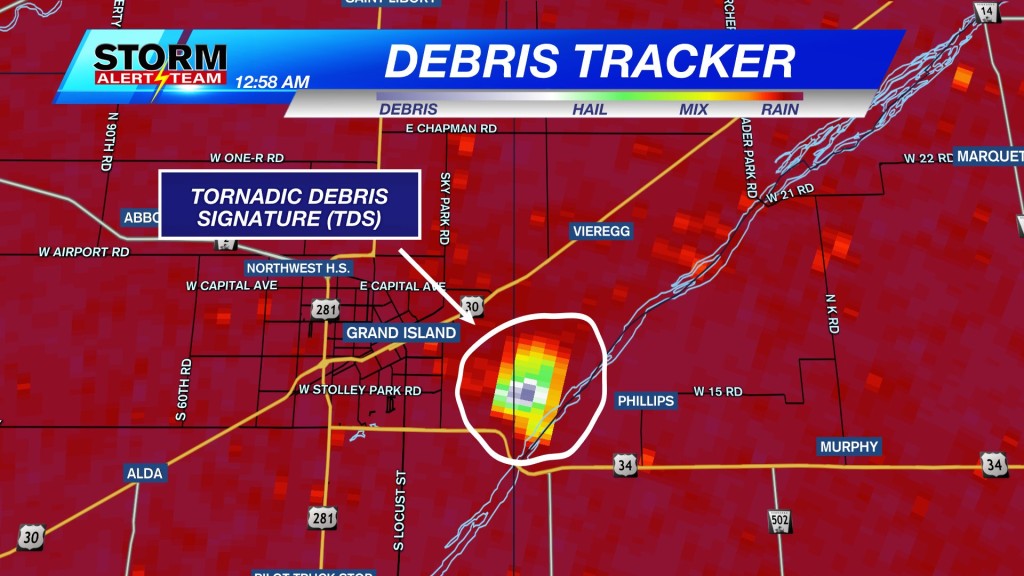 The tornado damaged over a half dozen homes, with damage to windows, shingles, and siding being noted in the damage survey.  Some farm outbuildings and grain bins sustained damage, including a 100+-year-old barn in Merrick county.  Several power poles were snapped as well.