OMAHA, Neb. (KLKN)- The results from a study in Omaha on asymptomatic COVID-19 cases in schools show that infection rates may be higher than we believed before.

An Omaha Public School district program that partnered with the University of Nebraska Medical Center, OPS PROTECTS, reported that infection rates in schools involved in the first phase of the pilot program were two-and-a-half times higher for staff and almost six times higher for students than the data being reported through routine self-initiated tests and reporting.

Researchers say that this study is the first of its kind in K-12 schools. The results have not gone through peer-review yet but they can be found on medRxiv.org, the preprint server for health sciences. 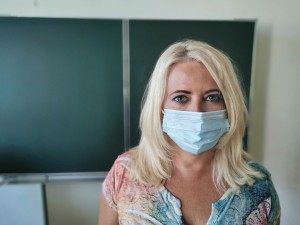 OPS PROTECTS also reported finding around 10 times the cases per population than at was seen through testing in the surrounding county.

The program’s study did not review if the cases had originated at the school or outside of it, instead just found that students and staff were coming to school with infections that were not previously identified because of limited testing outside of the schools.

The results show “as many as nine in 10 student COVID-19 cases and seven in 10 staff cases might be missed by conventional reporting,” Dr. Jana Broadhurst, a corresponding author in the study and an assistant professor at the University of Nebraska Medical Center’s Department of Pathology and Microbiology, said.

To start, the study began its first phase in South Omaha at their middle and high schools from November to December–they did not identify the schools in the study but mentioned that 12% of students and all staff participated in it.

This school district had about one-fourth of its students attending in-person classes each day. 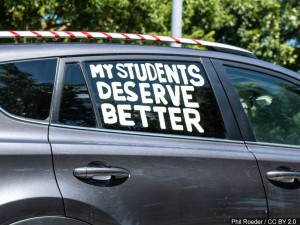 They screened their students and staff who did not show symptoms weekly using a PCR test of saliva provided by the University of Nebraska Medical Center. The study also conducted environmental air, surface, and wastewater tests at the schools.

According to Broadhurst, the first phase of the program discovered 46 cases of COVID-19 in asymptomatic people and it was almost equally split between staff and students. The only place where positive air and surface samples were found was in the choir rooms and environmental sampling “consistently” found COVID-19 in the school’s wastewater streams.

“We and Omaha Public Schools see testing as one more layer and a very comprehensive strategy to mitigate the risk of COVID-19 transmission in schools,” Broadhurst said during a virtual press briefing. “The findings of our study do demonstrate that proactive case findings of asymptomatic cases in schools is important and is an important additional measure on top of conventional case reporting mechanisms through self-identification or other testing means.” 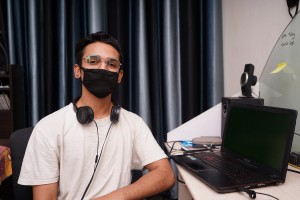 Broadhurst also said that a second phase of the pilot program was conducted from January through March in three schools in North Omaha.

“What we have accomplished here is a proof of principle that this can be carried out successfully in an urban school district, among an otherwise underserved population, and we can make an immediate impact on the safety of our schools through rapid case identification,” Broadhurst said.