Prison overcrowding is an issue in Nebraska: How do we fix it?

LINCOLN, Neb. (KLKN) – Sen. Steve Lathrop fears that overcrowding in prisons is a problem that could get worse before it gets better.

It’s one reason he is proposing LB920, a bill designed to introduce strategies to get people who may not need to be in the prison system out of it.

Some examples of this include:

Tim Lopez was in the Department of Corrections for 15 years. He testified at Wednesday’s public hearing as a neutral party.

He described the overcrowding he witnessed while incarcerated.

“Sleeping on the floor next to the feces, sleeping on the floor, having to eat your food in a room full of crap that was smeared down before the next person. Tell me how you would feel?” Lopez asked state senators at the hearing.

Lathrop projects that even if a new prison were to be built, state prisons would still be 1326 beds short next decade. 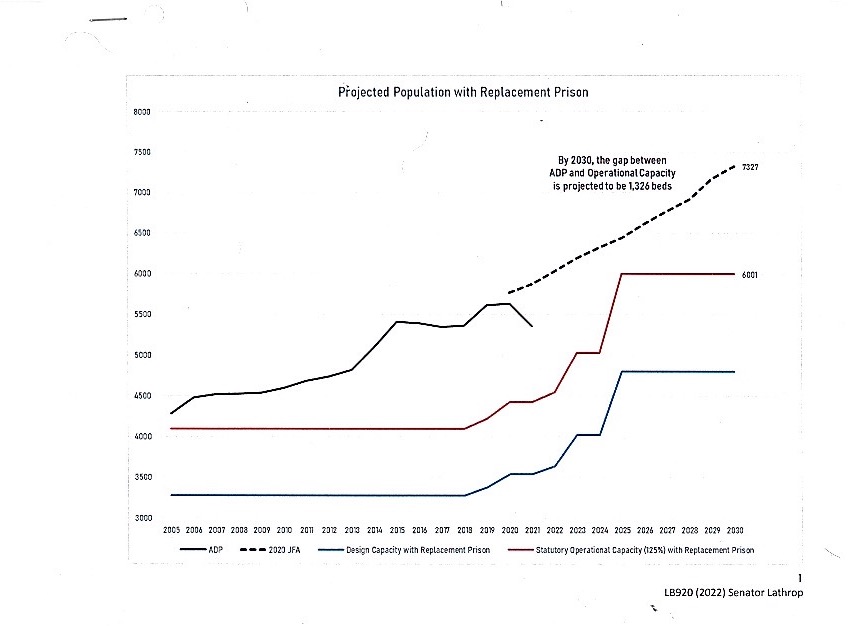 “We’re going [to pay] $270 million to build ourselves to a position where we’ll need another prison just like it built by 2030,” Lathrop said.

Opponents of the bill are wary of the impact reducing penalties will have on crime.

“When you look at states that have lowered penalties, you have seen a dramatic upswing in crime,” Sgt. Aaron Hanson of the Omaha Police Union said. “When we had serious penalties for certain serious crimes, we saw a reduction in those associated crimes.”

Lathrop says he respects the work of law enforcement, but maintains critics of his bill are not providing viable alternatives to address the issue of overcrowding.