With love from Houston: supplies for Nebraska flood survivors

Hundreds of water bottles, dozens of gallons of bleach and so much more stuffed the back of a semi truck.

All of it sent with love, from Houston.

All of it, part of a big gesture to pay it forward.

“The people of Nebraska helped us and when I was here last week when all of this happened I saw the flooding and I thought, we need to return the favor,” Houston truck driver Adam Stringer said.

Stringer’s tie to Nebraska goes back to nearly two years ago when Hurricane Harvey struck Houston. Stringer was on the road back to Texas when the hurricane shut down roads into the city.

He was stuck in Bellevue, but not sitting idle. 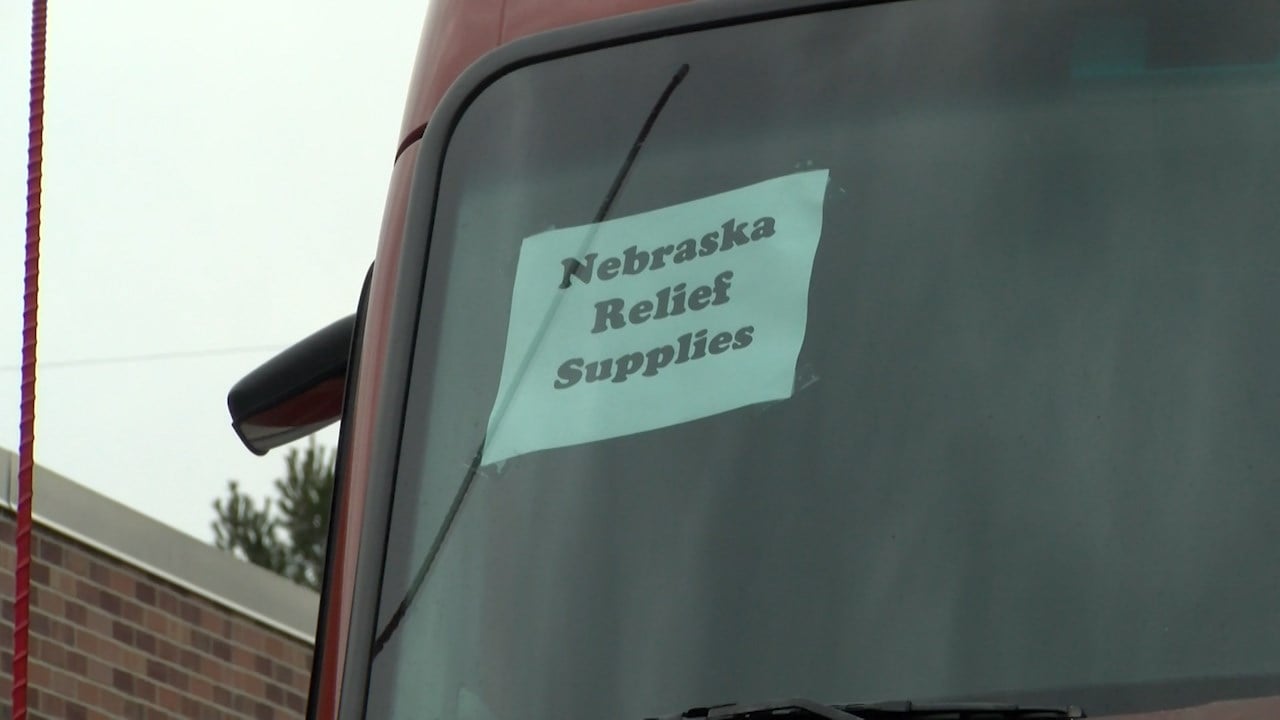 “Once they opened up the interstate I told my wife I wasn’t going to go home empty,” Stringer said.

He contacted a church in Bellevue and in less than 12 hours his truck was packed with supplies for Hurricane Harvey survivors.

“It ended up in an area where everybody had lost their homes. They were living in hotels,” Stringer said. “It really helped a lot of people for a while.”

So now he and Houston residents are doing the same for Nebraska survivors.
Their truck full of supplies drove into Lincoln this week. Every item inside it donated by complete strangers several states away.

“I don’t know if I wanna cry or smile or both because it’s just everybody coming together from all walks of life,” Bishop Myron Powell with the Church of Omaha said.

Powell organized dozens of volunteers who met Stringer’s truck at Life Church in Lincoln to unload the supplies. 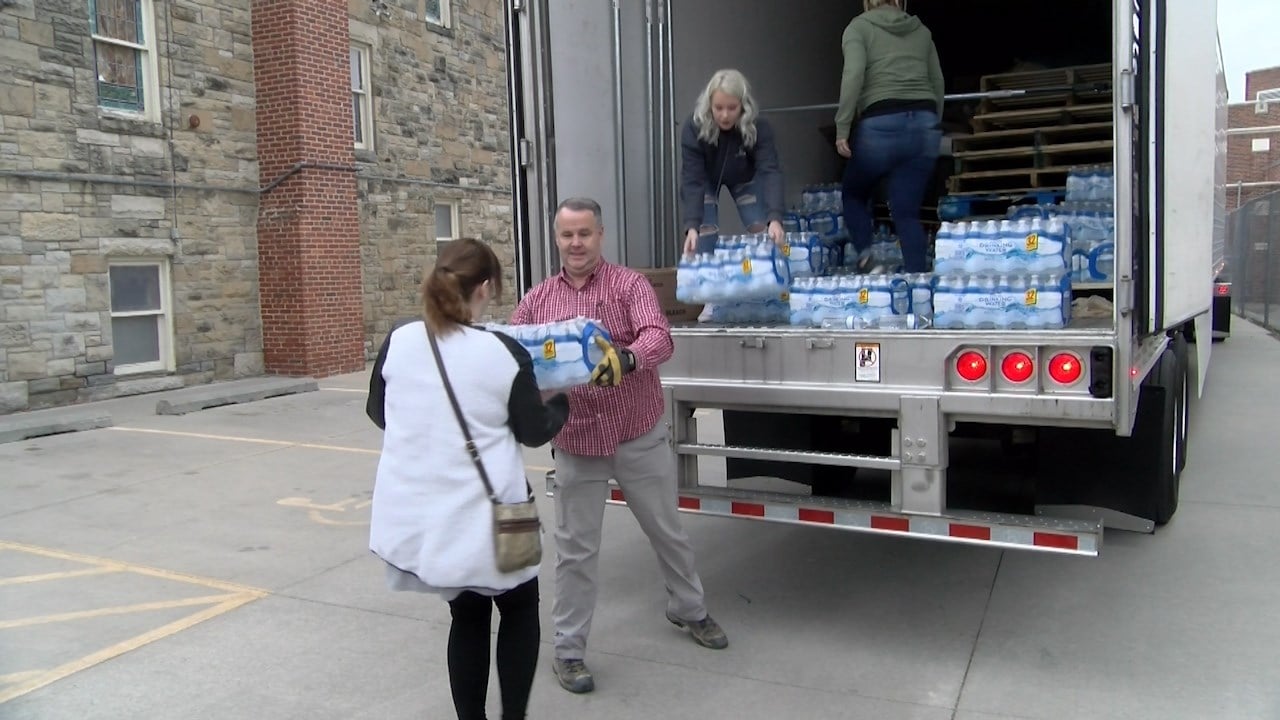 “Look at how many people are here today, they unloaded this trailer in what, 28 minutes,” Stringer said.

They’ll be stored at the church for now, but will be funneled to Fremont and other areas impacted by flooding.

“I hope it gives them the sense that hey, somebody cares,” Powell said. We’re here for you. We’re your neighbors and we’re going to be here for the duration.” 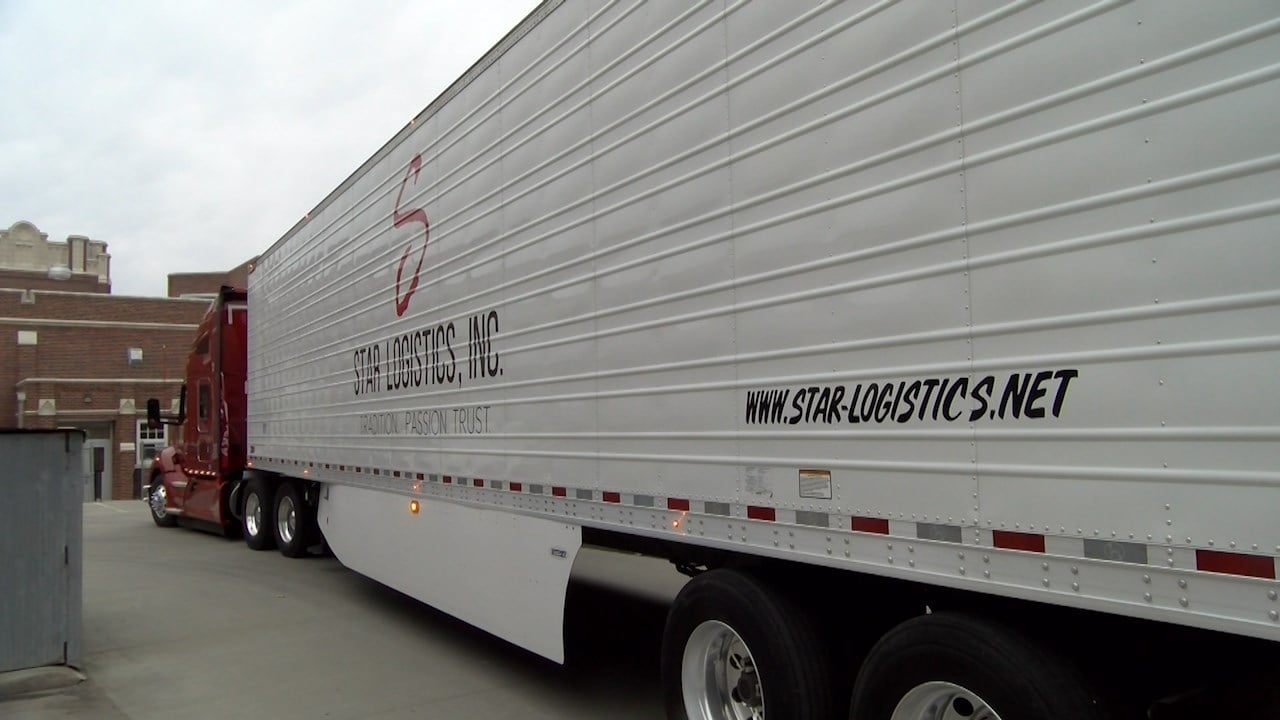 Neighbors, still. Even in all the way from Houston.