Sunday presented a tricky forecast as high temperatures were entirely dependent on how fast a warm front moved through the area. West of the front, temperatures were very mild. Highs reached the middle-50s in the Tri-Cities!

However, to the east of the front, temperatures were stuck in the 20s & 30s all afternoon. That was the case in Lincoln and points east. Check out the difference in temperatures from 5PM Sunday! 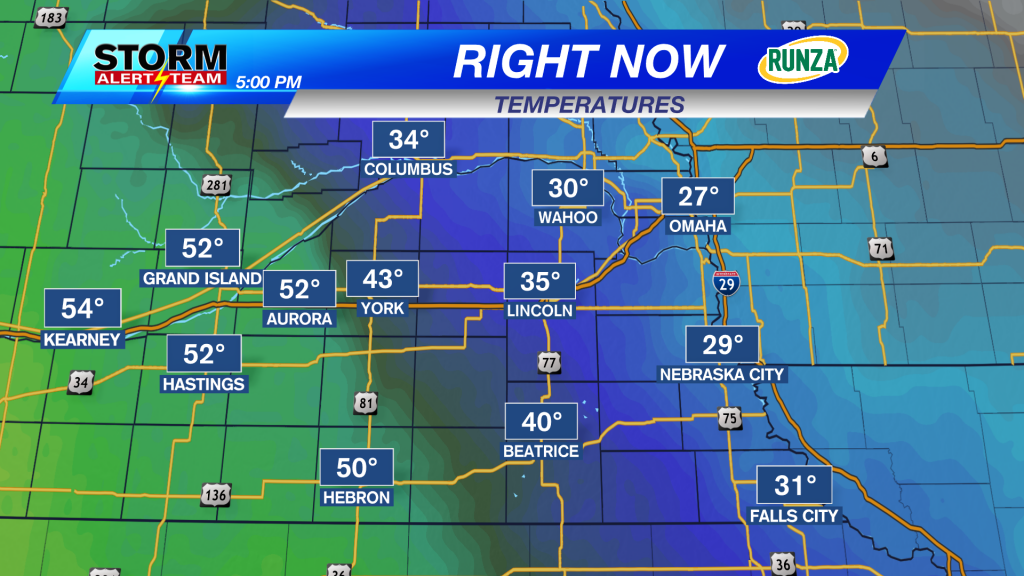 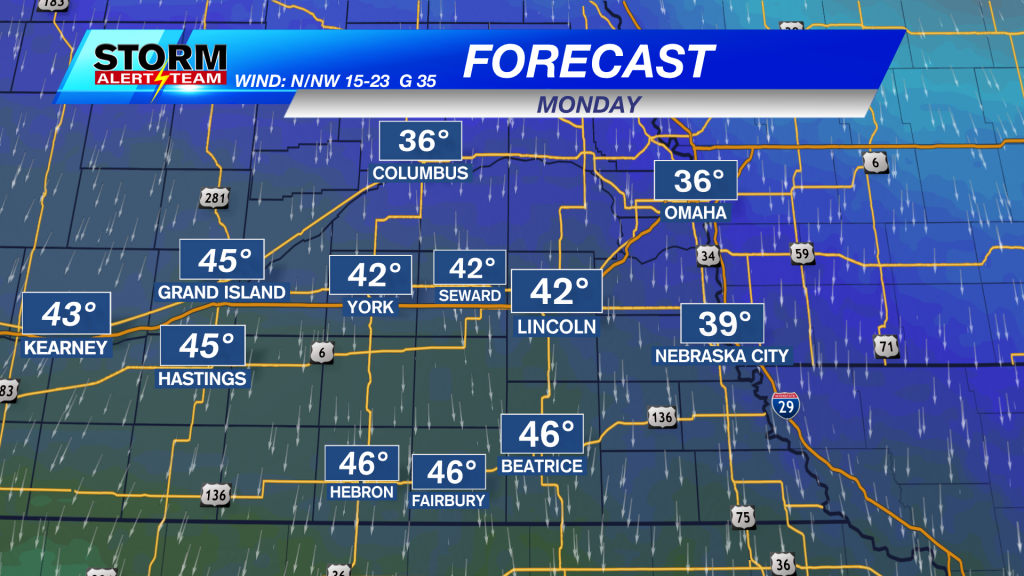 We will hold onto clouds for much of the day on Monday. However, there should be a window of clearing sometime late Monday afternoon and evening.

While Lincoln remains dry on Monday and Tuesday, some in western Nebraska may see a few snow showers. A few flurries may approach the Tri-Cities late Monday or early Tuesday, but they shouldn’t be anything significant. Flurry chances east of the Tri-Cities are slim to none.

Tuesday will feature colder temperatures, but it is a cooldown that is short-lived. Temperatures rise back above normal starting Wednesday.