Another warm stretch, followed by a big temperature drop

Sunday featured temperatures well-above freezing, and the warmer air went to work on the snowpack! The trick to Sunday’s temperature forecast was to determine how much snow would melt. Enough was able to melt in Lincoln to nudge temperatures up to 50°. The amount of snow that melted from west to east occurred rather quickly.

For Sunday evening, we’re expecting a few clouds to remain in the area. We should be mostly clear overnight and into Monday morning with a low temperature near 20°. 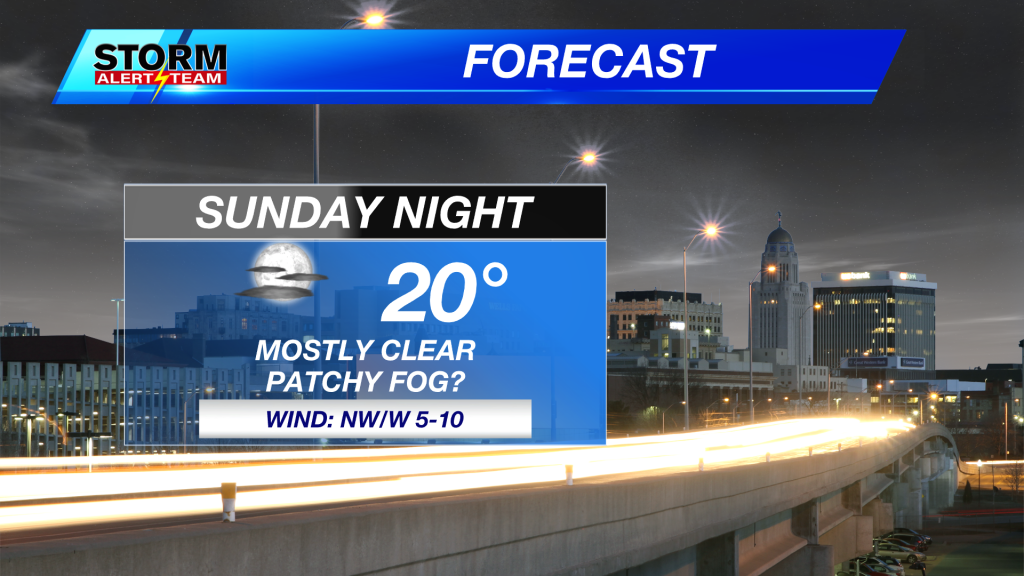 Some patchy fog is possible across southeast Nebraska on Sunday night. However, more dense fog is possible for the counties to the east of Lincoln. This is mainly because most remaining snow is off to our east, which will have the effect of cooling the surface to a greater degree to the east. This might be something to keep in mind if traveling towards Omaha on Monday morning. 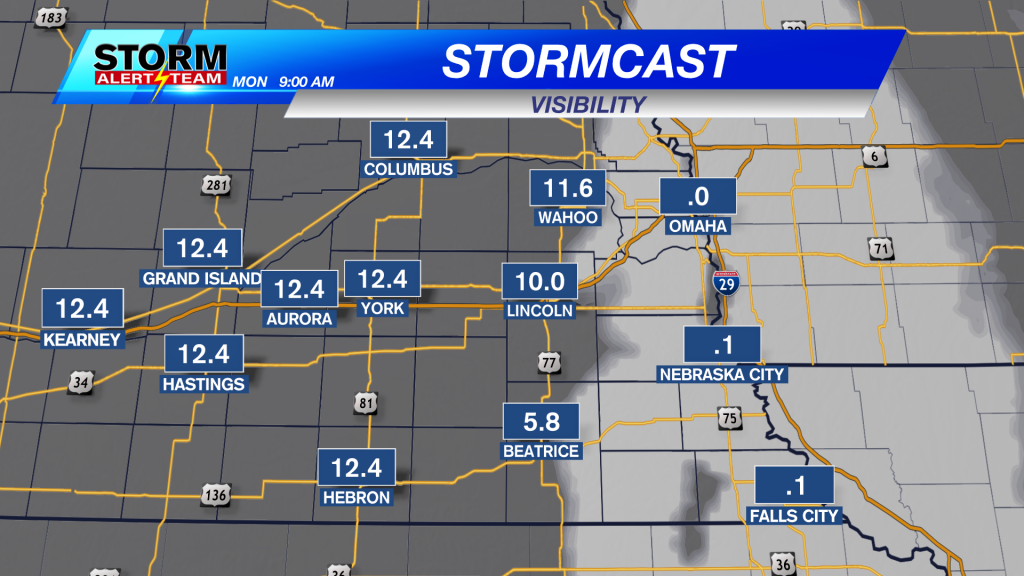 Aside from the chance for morning fog and some low clouds, most of that should burn off for the afternoon. We’re looking at a mostly sunny forecast on Monday. Highs should near 50° again in Lincoln. Keep in mind that temperatures will likely be cooler to the east. 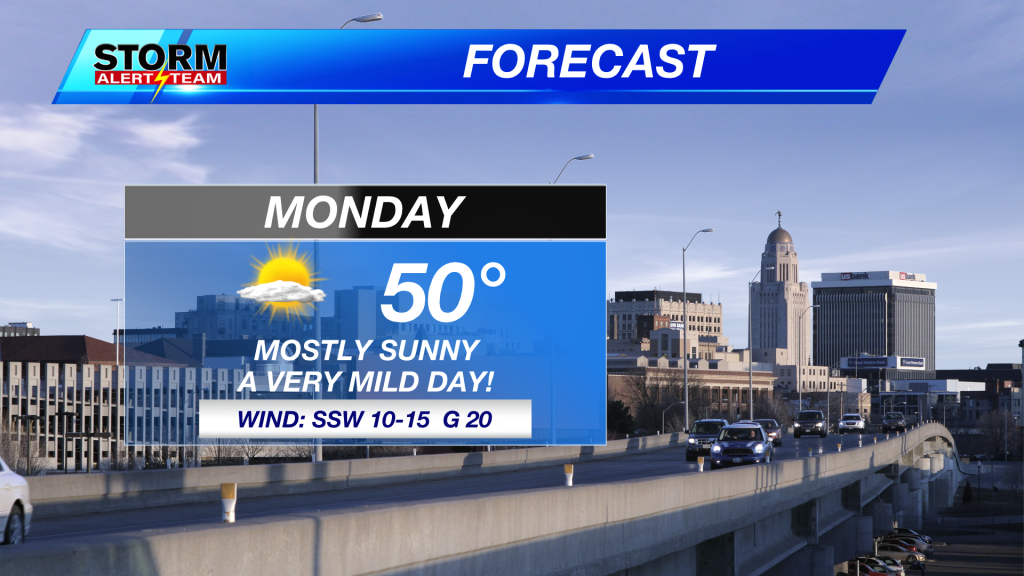 While Tuesday appears to be an even warmer day, we’ll experience a dramatic fall in temperatures starting Wednesday where highs drop into the 20s.