BBB warns you may lose more than weight with Noom

Wednesday, the Better Business Bureau (BBB) has issued a new warning about the massively popular diet app, Noom. The app says it comes with a free trial subscription but, customers have complained that it’s difficult to end the trial before new costs kick in.

Noom claims it can help consumers lose weight through healthier habits and records over 50 million downloads. But, not everyone has been a satisfied customer.

The BBB says it’s received over 1,200 complaints within the past 12 months, giving Noom a ‘D’ rating. They warn customers to read all terms and conditions, as companies may be offering misleading free trials.

“Consumers are consistently telling us that they have difficulty contacting Noom’s customer service in order to get a refund,” said Rosenzweig.

One former customer, Public Relations Executive Lisa Wolfe, says “it was almost impossible” to cancel her Noom free trial, after multiple attempts. She ended up being charged almost 400 dollars over six months. She was able to get a full refund after tweeting out her complaint to the company in June. 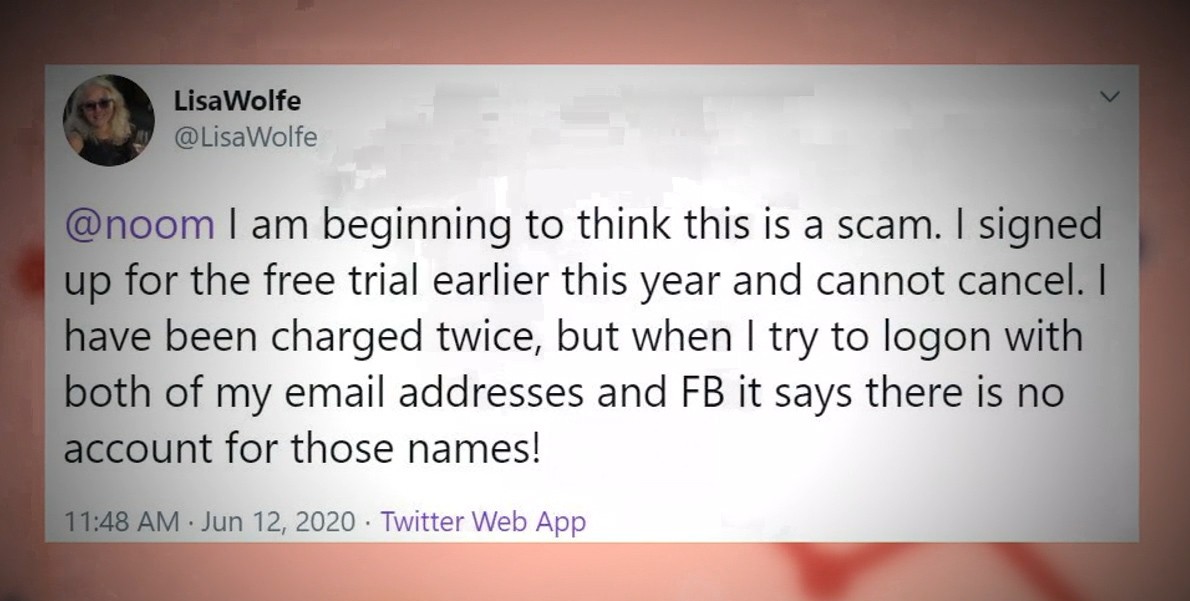 Lisa Wolfe, a former Noom customer, tweeted at the company in June after six months of being unable to cancel her subscription.

Noom released a statement saying, “the complaints on BBB represent less than 0.03 percent of the millions of customers who have signed up with Noom. We state clearly and in advance the full charges that customers can expect to be billed for that membership. Customers can cancel at any time, no questions asked, either by messaging their coach in the app or emailing our support team.”

Tax season starts today, but the IRS is 2 years behind