UPDATE: Just before 7:20 Saturday morning the Cordova Fire Department was dispatched on reports of a house fire at 250 Helen Street.

When fire crews arrived on scene they found smoke and flames coming out the front door and a window at the southwest corner of the house.

According to the Nebraska State Fire Marshall six people were inside the home at the time of the fire.

Two were able to self-evacuate with no injuries.

Investigators recovered the remains of four other individuals inside the home.

The cause of the fire remains under investigation; however, foul play is not suspected.

The Seward County Attorney has ordered an autopsy for each of the recovered victims.

Responding agencies include fire crews from Cordova, Beaver Crossing, Friend, Utica, and Exeter. The Seward County Sheriff’s Office and Seward County Attorney is assisting our office in the investigation.

Upon positive identification of the victims, more information will be provided as it becomes available.

The Seward County Sheriff’s Office confirmed that multiple people have died, after a house caught fire in Cordova.

Deputies are only beginning to investigate but say the deaths do appear to be a result of the fire.

The identity of those involved have not been released at this time.

More information will be provided as it becomes available. 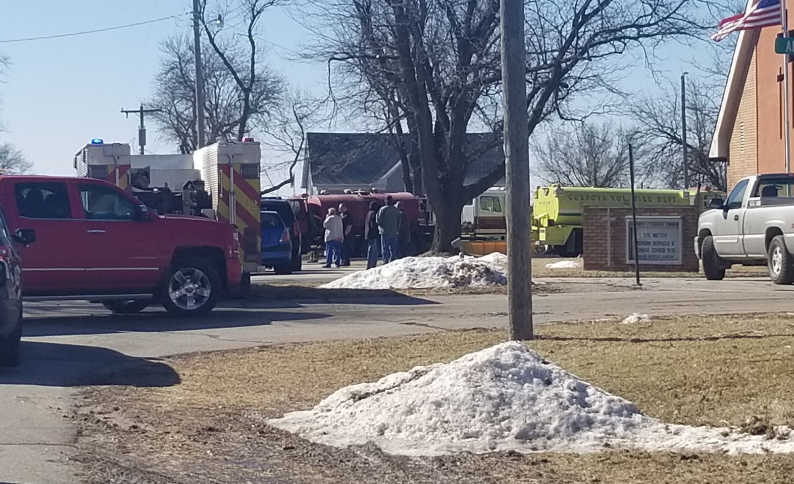 A large group of emergency responders is on the scene of a house fire in Cordova.

The fire broke out early Saturday morning at a home near Trinity Lutheran Church.

Smoke can still be seen coming from the house.

A tent has been set up, apparently to provide food and shelter for firefighters.

There is no word as far as injuries or a cause of the fire.

Streets Alive brings people together for a day of fun outdoors