Channel 8 Eyewitness News has obtained exclusive video showing the arrests of two people linked to the homicide of a Lincoln man.

Lincoln Police say Talbot was found shot in the chest near 14th and Judson on October 18th.

Shortly after, investigators arrested Howard in Leon County, Texas, and Wilson and Thomas were arrested in New Mexico.

Lincoln Police say all three were arrested for various roles in connection to the murder of Talbot.

The video shows law enforcement riding armored vehicles, preparing flash bang and gas canisters they would later use to subdue the suspects. 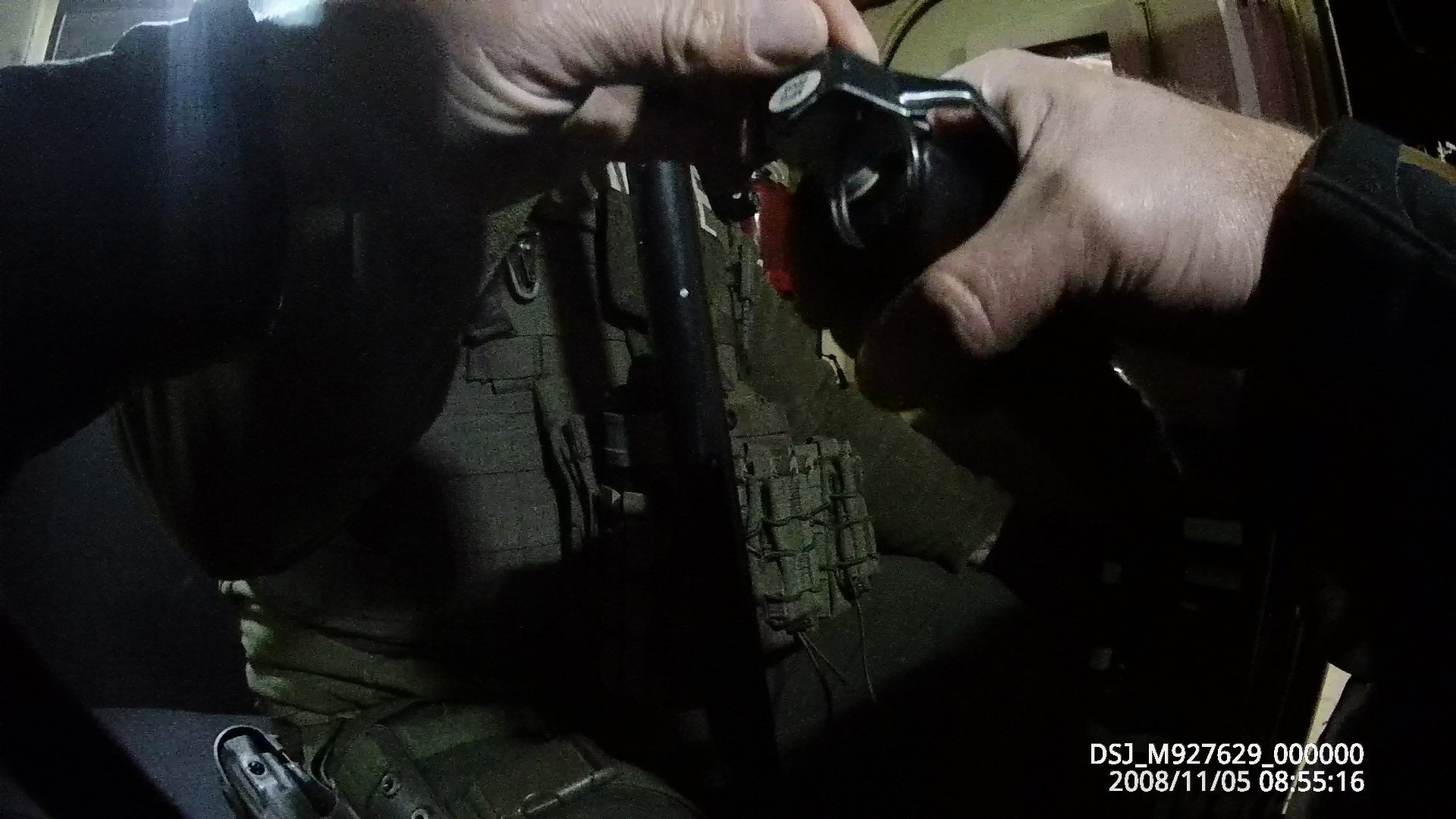 The team arrives at a Walmart parking lot where Wilson and Thomas were sleeping in a car.

S.W.A.T. members pin the car between their armored vehicles, then rush the car, demanding Wilson and Thomas show their hands.

A K-9 unit drags Wilson from the front seat of the car and onto the ground where he is handcuffed. 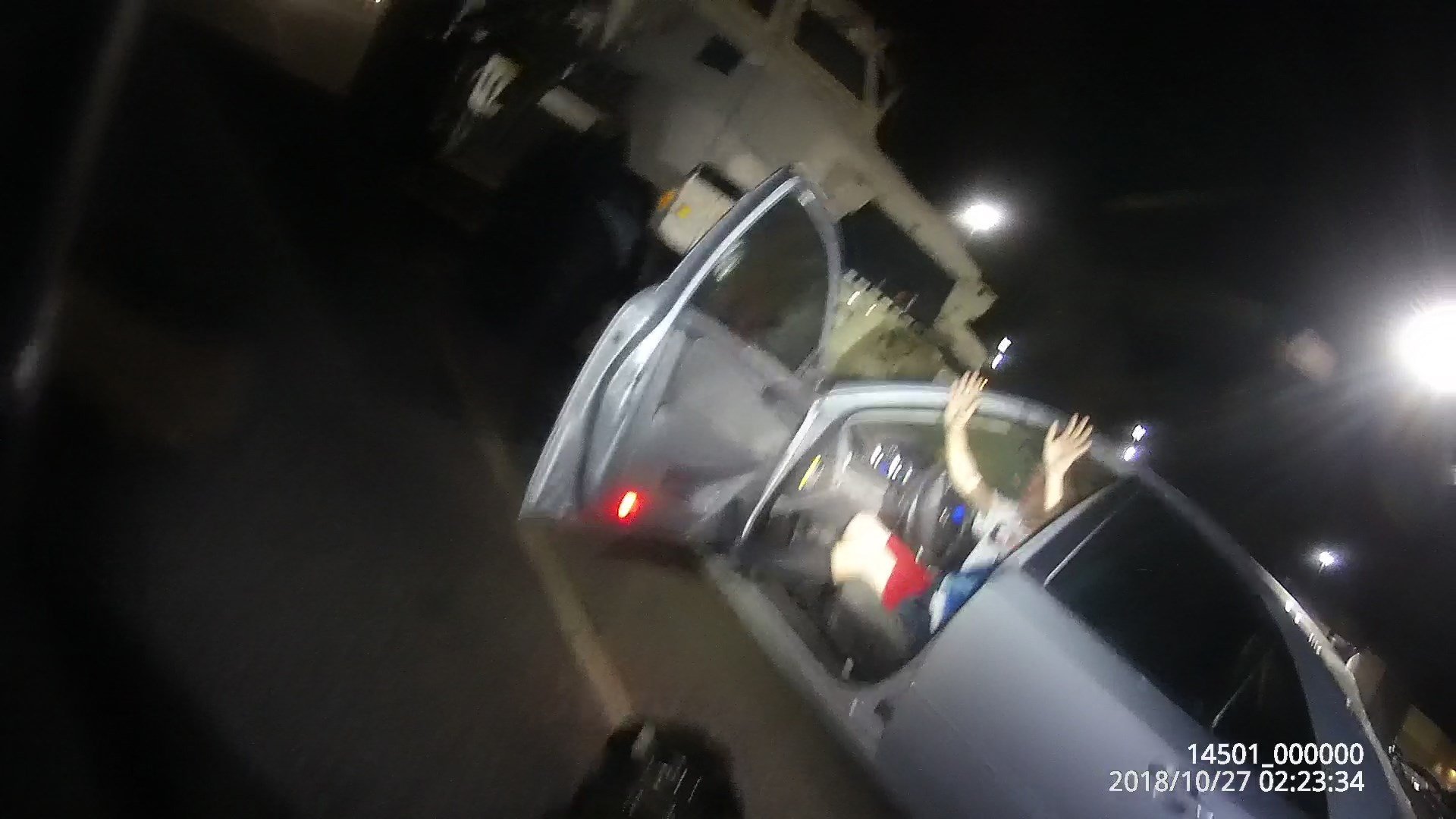 Officers then start to bring Thomas out of the car when the dog brings her to the ground.

She is quickly handcuffed and both suspects are sat in a nearby patch of grass as law enforcement search and examine the car for evidence. 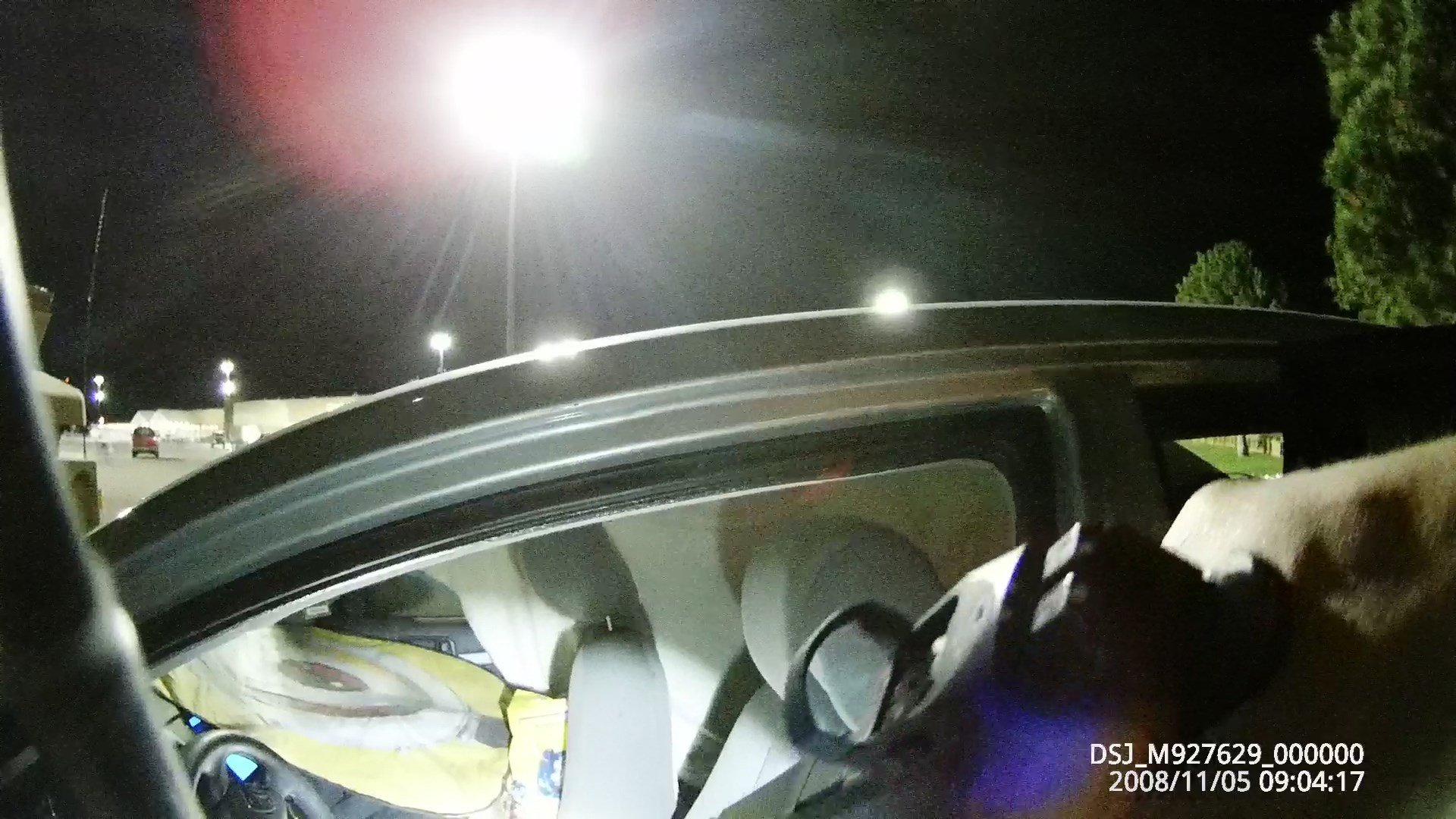 Both Wilson and Thomas were bit by the K-9, suffering minor injuries that did not require hospitalization.

At one point, a S.W.A.T. team member says he was scared after he saw Wilson reaching into the console – possibly for a firearm.

Both suspects are treated for their injuries and taken from the scene. 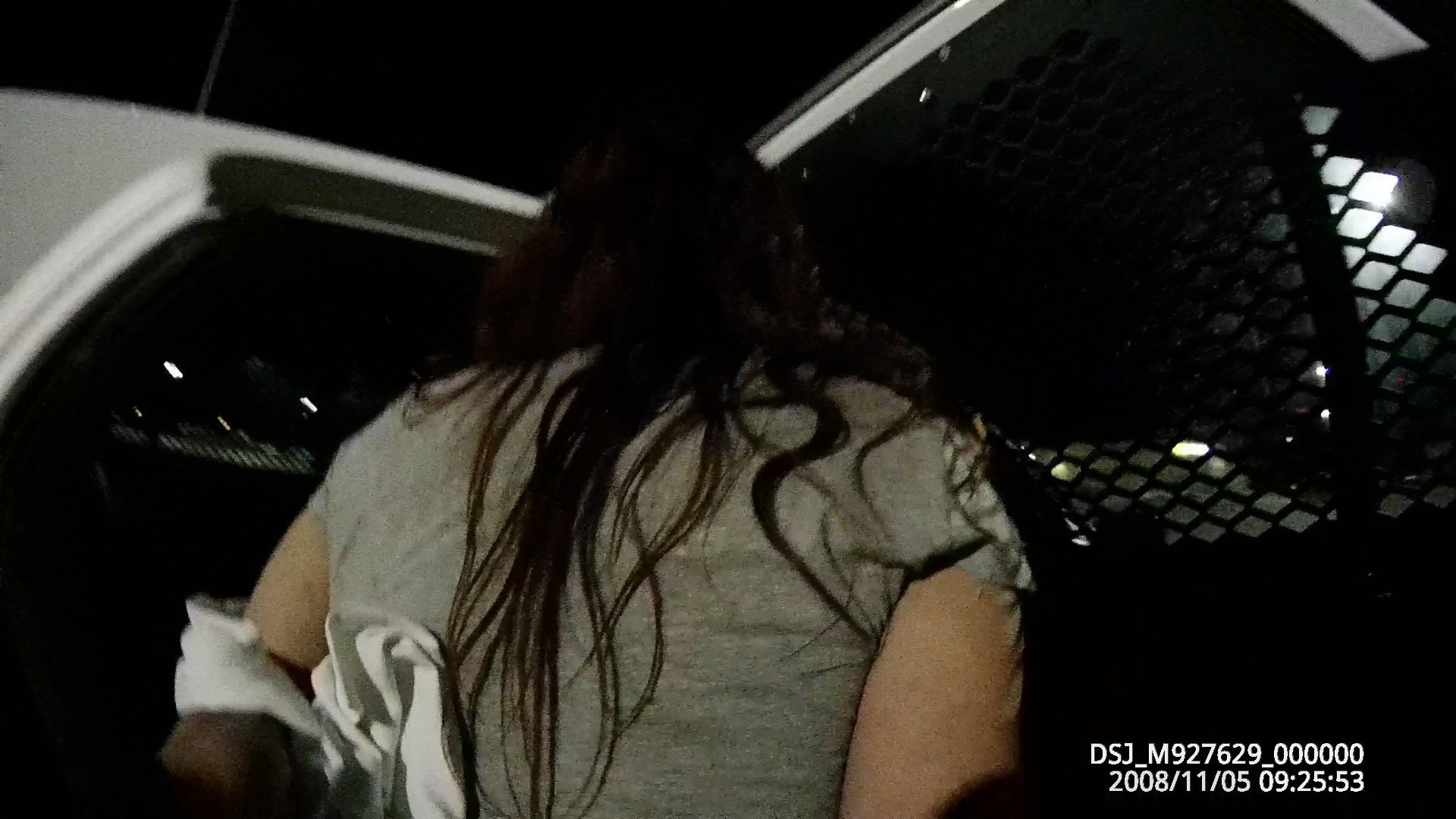 At one point, Thomas asks for officers to retrieve her glasses from inside the car.

A man, who in the video describes himself as the team’s supervisor, declines her request saying “We’ll make sure you don’t fall.”

As of Monday, officials had not extradited Wilson or Thomas back to Lancaster County where they will be charged in connection to Talbot’s murder.

Officials say he had been shot in the head and the chest.

He was taken to the hospital where he died less than an hour later.

According to court documents, Talbot sent a text message minutes before he was reported to have fallen out of a moving car. It said “I need help now. These people won’t stop to let me out.”

He sent this text to a woman police found at Talbot’s house near 14th and Manatt Street just after he was killed, less than a block away from where he was found.

According to the documents, Talbot was riding in a stolen silver Hyundai Sonata.

Thomas, Wilson and Howard were inside.

Based on interviews, witnesses and surveillance video, Talbot had met up with Thomas and Wilson around 3:00 p.m. the day he was killed, but it wasn’t until later he got into the vehicle with them.
Investigators think Wilson was driving the car, Thomas was in the passenger seat and Howard was in the backseat with Talbot.

The met up again at a home near 40th and Randolph a few hours later.

Talbot got into the Hyundai with Wilson, Thomas and a third person who would later be identified as Howard.

They drove to a gas station near 40th and A, then to south Lincoln where they drove around in a parking lot near 40th and Pine Lake before heading back north.

The vehicle stopped at a gas station at 17th and K. Talbot didn’t get out of the car but Wilson and Thomas went inside and bought drinks from the store.
That was at 8:00 p.m., about 25 minutes before Talbot would fall out of the car.

At 8:09, Talbot called an inmate at the Lancaster County Jail.

According to investigators who listened to the call, there weren’t any sounds of a struggle in the background and the content of the conversation didn’t appear to be related to Talbot being inside the car.

They pulled out of the gas station at 17th and K at 8:11, that’s about when Talbot’s phone call ended.

Then, at 8:22 Talbot sent the text to his friend pleading for help, five minutes before he’d be found laying injured in north 14thstreet.

Lincoln Police Chief Jeff Bliemeister said the Hyundai Sonata had to undergo further testing before they could confirm whether or not he was shot in the vehicle.

Court documents said Thomas had purchased a .38 caliber handgun from Express Pawn on October 17, the day before the homicide.
Bliemeister didn’t confirm whether or not it was this gun they recovered.

Police haven’t said a motive for the crime.

“We are still confirming through interviews, here locally and in Texas and New Mexico in an attempt to try and determine what the relationships were and what events precipitated the homicide of Stacy Talbot,” Bliemiester said.

Court documents said Talbot’s home near N. 14th and Manatt was known to the police to be heavily involved in the use and sale of narcotics, but they haven’t tied that to the crime at this time.