Continuing to warm through Thursday; Watching a late-week system

After a cold start to the week, temperatures began to warm up on Tuesday. Highs made it into the middle-40s across southeast Nebraska, and clouds were successful in clearing out by afternoon.

More clouds have arrived as of Tuesday evening. While they should stick with us during the evening hours on Tuesday, we expect clearing overnight and into Wednesday morning. We’ll see the most cooling once the clouds clear – we should be in the upper teens to low-20s in Lincoln on Wednesday morning. 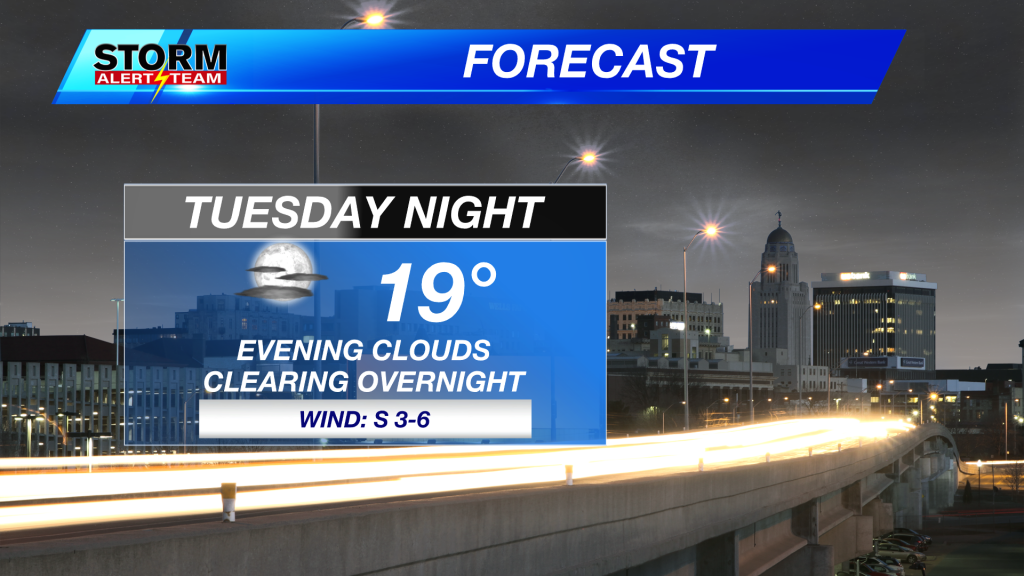 Mostly clear skies on Wednesday morning will persist into the afternoon. I anticipate some more clouds to arrive in the late afternoon hours. We should be slightly warmer Wednesday afternoon with highs topping out in the low-50s. 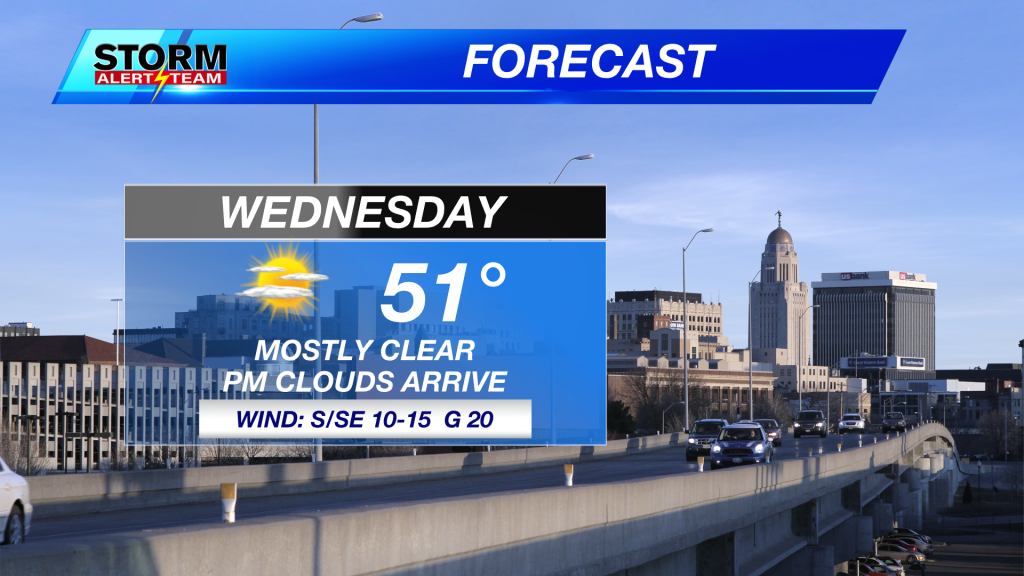 Thursday looks to feature dry weather along with temperatures reaching the middle-50s in the afternoon. However, a late-week storm system will halt any additional warming.

Computer model guidance has been suggesting for the last few days that snow is a possibility. Tuesday’s runs give us a bit more confidence to say that Lincoln may get a share of some of the snowfall. Stormcast shows an area of low pressure tracking to our south, with snow falling to the north and west of the system.

While it is still too early to begin discussing potential accumulations, here’s what we do know:

As things stand now, I don’t see Lincoln seeing major accumulations out of this – but that will be a different case farther north. These types of forecasts can be tricky and sometimes we must make changes. So make sure to keep checking back for the latest!