Niles Paul is stepping away from the NFL. 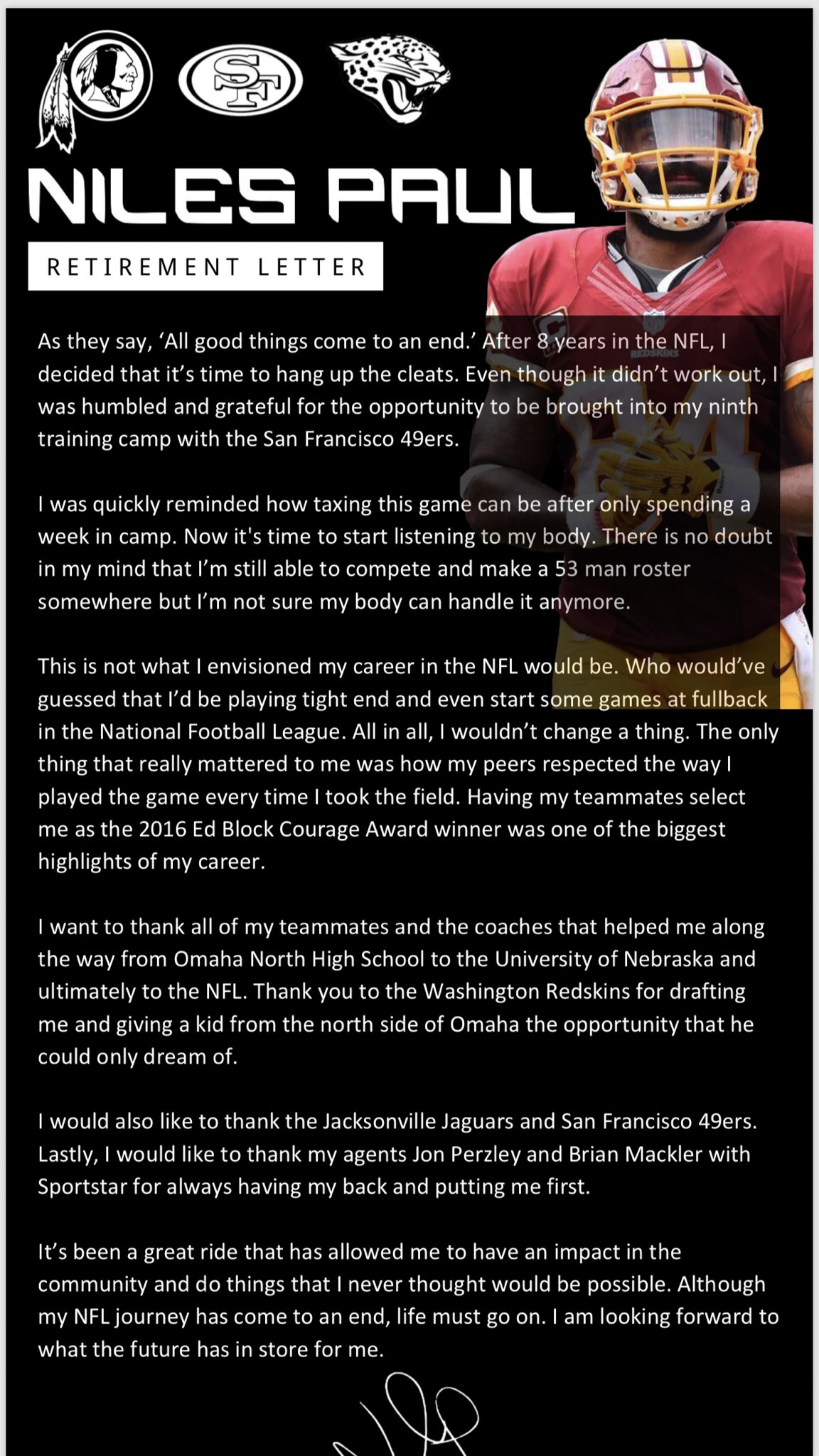 Paul played eight seasons in the NFL for the Redskins and 49ers. He caught 78 passes for just under 1,000 yards and two touchdowns in his career. His best season came in 2014 when he made 39 catches for 507 yards.

Cold start to Saturday, then warming up

WATCH: Woman assaulted and robbed by group of six in Lincoln