Getting “clipped” this weekend; Arctic Blast next week

It is going to look and feel much more like winter starting this weekend (if it hasn’t already).  Temperatures will be plummeting and snow will be falling thanks to a series of clippers coming to the Cornhusker state.

The first shot of snow is coming Saturday.  Upper-level energy is moving towards the western Canadian coast, out of the Gulf of Alaska. 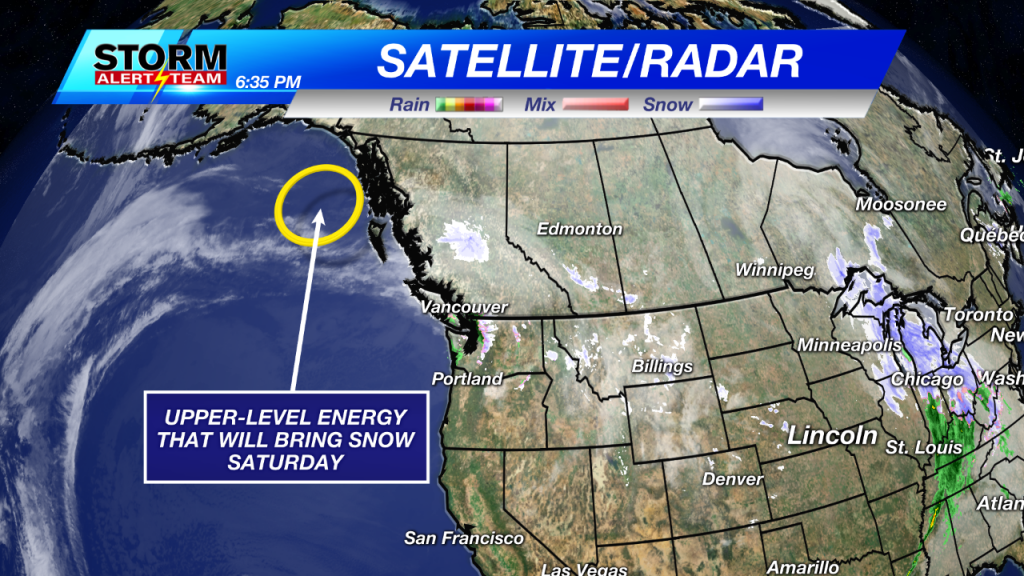 The upper-level energy will quickly move ashore and dive southeast towards the Plains.  Snow will begin falling over the northern Rocky Mountains Friday afternoon.  Snow should start to fall in northwest Nebraska Friday night.

Snow should arrive in the Channel 8 viewing area pre-dawn Saturday and linger around through the morning. 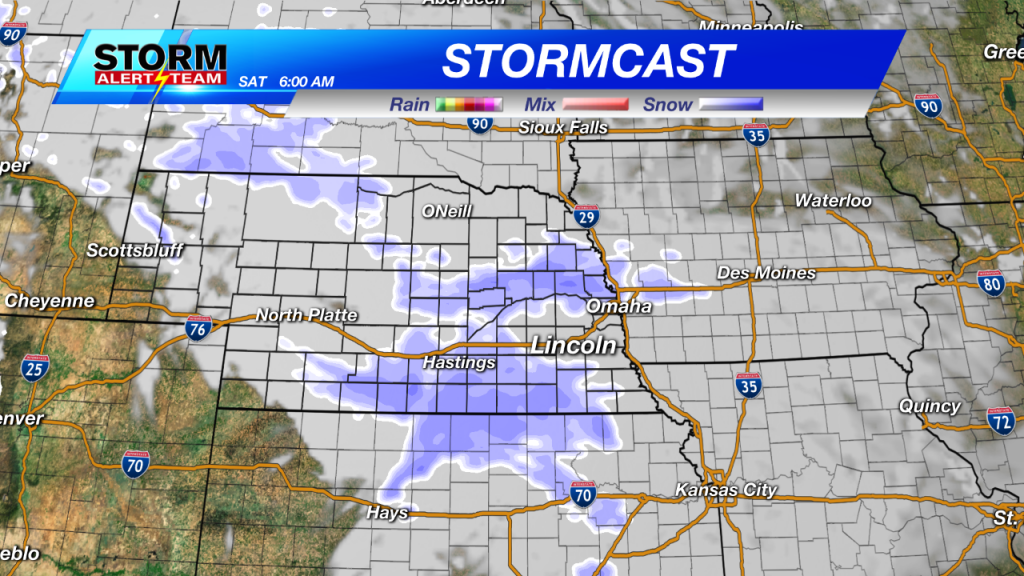 It is a little early to get too far in to snowfall amounts.  Clippers typically outperform computer model projections.  Or it may be better stated “computer models under perform reality with clippers”.

Unlike recent snows, this should be a “fluffier” snow.  Recent snows have been in the 10:1 to 13:1 snow to liquid ratio.  Because of how cold it will be, and the origin of the weather system, I think snow to liquid ratios could be 16:1 to 18:1.  Meaning, snow amounts will be higher for lower amounts of liquid.

That being said, there is not much agreement as to how much will fall where just yet. 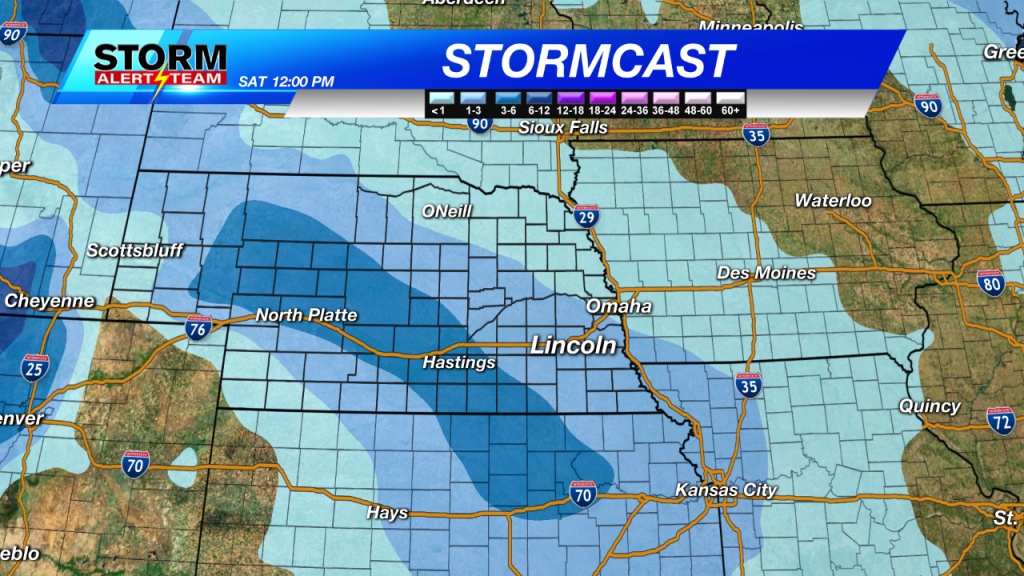 However, computer models are consistent in suggesting there could be a northwest to southeast oriented band of moderate snow falling across the state.  Just where that band will be located is still up for debate.  We’ll have a better handle on the system Friday once weather balloons are able to sample the energy.

We’ve got a cooooold stretch of weather coming our way and it starts this weekend.  In fact, Lincoln may not get above freezing for 10+ consecutive days!

Cold air will dive south out of interior Canada this evening, arriving in Nebraska Sunday morning.  This will likely be our first morning of below zero temperatures for the upcoming stretch. 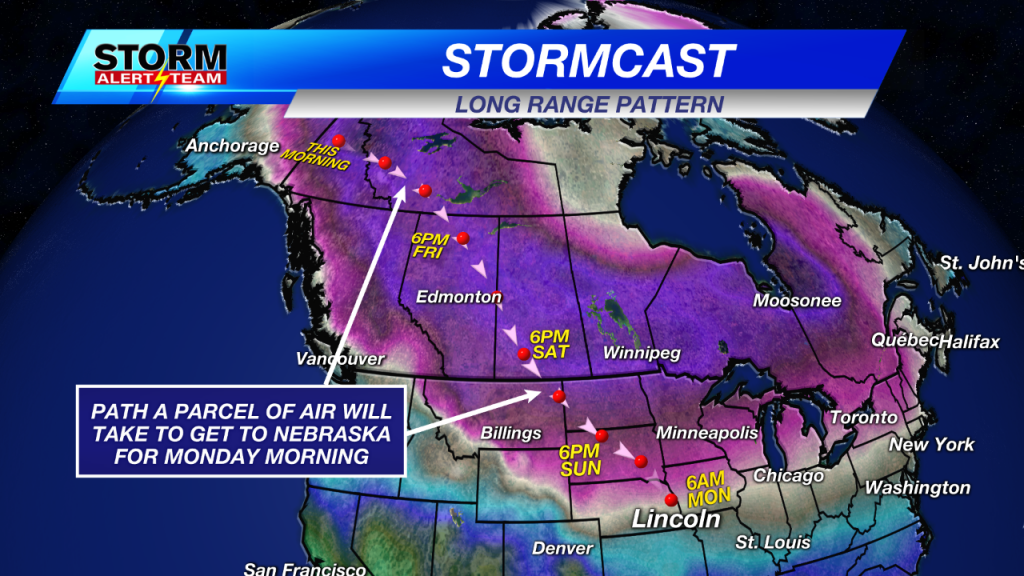 Another shot of cold air is projected to drop south out of northern Canada – where it -42° F as of this evening – and arrive in the northern Plains by mid-week.  This will add a reinforcing shot of cold air as high temperatures will struggle to reach the double digits.

Notice, if this pans out it will be nearing numbers from a long time ago!