After Saturday night’s storms, Sunday was a lot quieter across Southeast Nebraska. Skies were mostly sunny, and wildfire smoke left a hazy sky. Temperatures only managed to get into the upper 80s in Lincoln on Sunday afternoon.

We’ll stay dry Sunday evening and overnight under clear skies. Low temperatures by Monday morning will be near 66°. 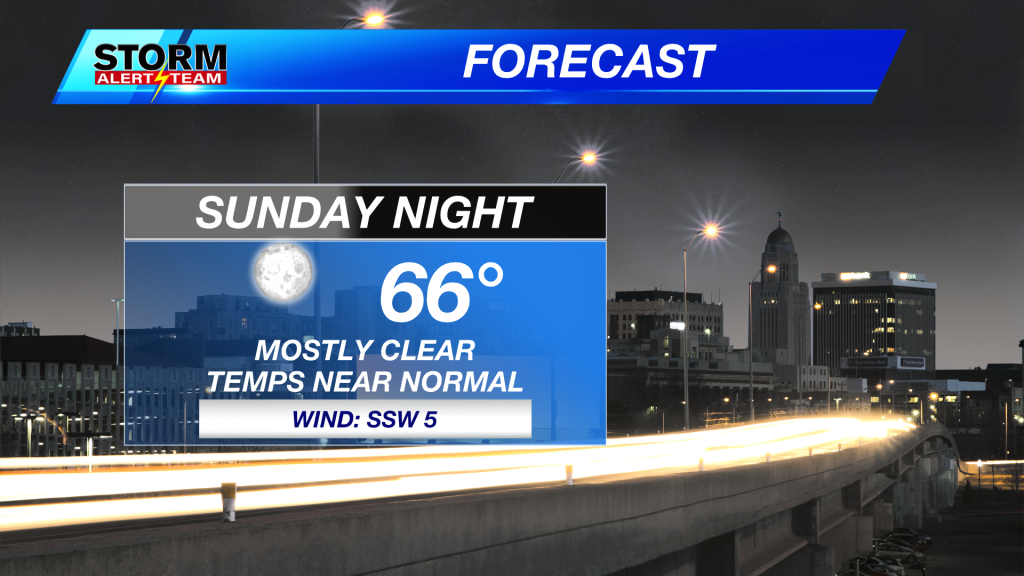 Temperatures are forecast to heat up quite a bit on Monday. Monday will feature sunny skies across Southeast Nebraska with highs in the upper-90s. 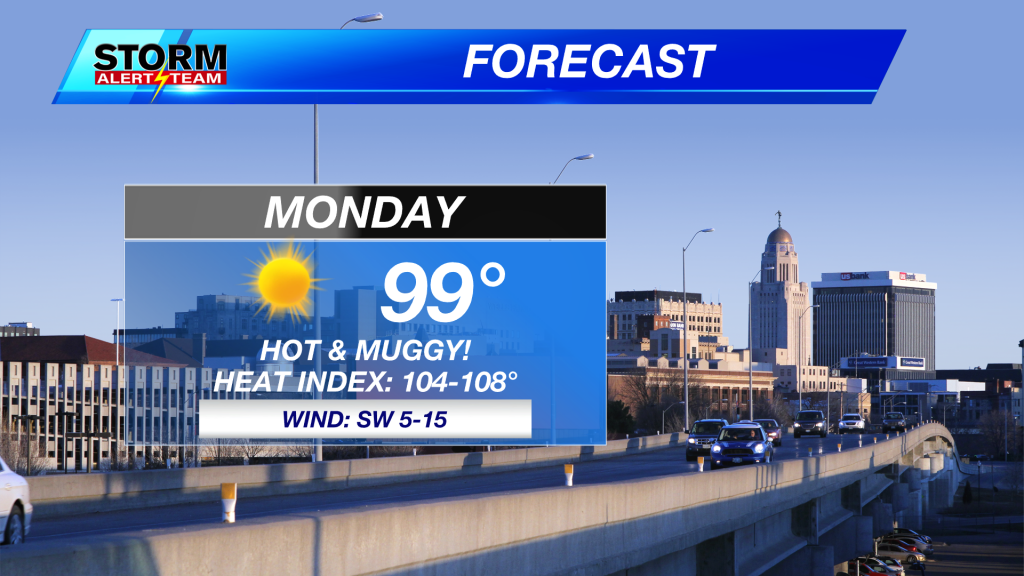 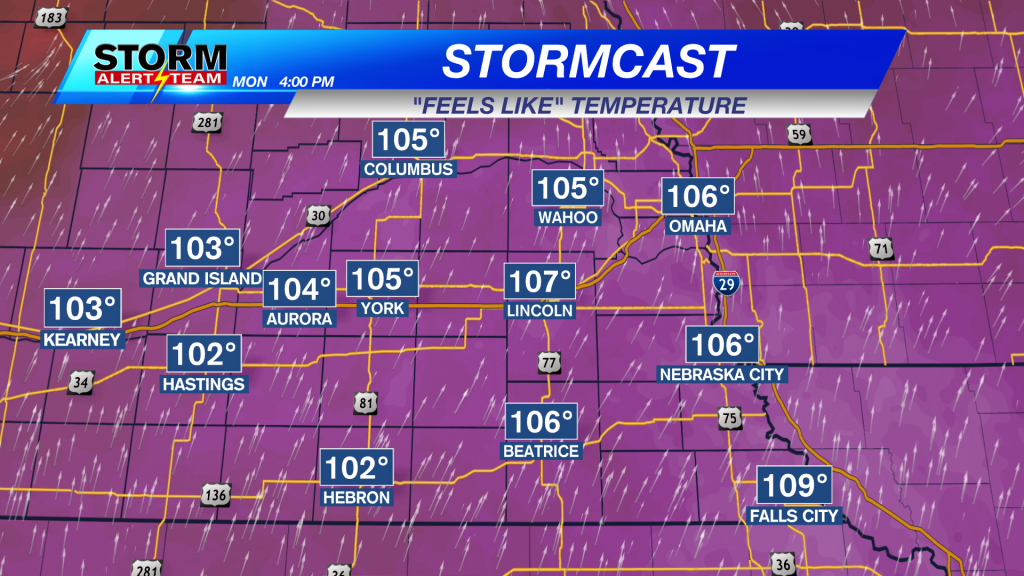 Despite some models suggesting it, I’m skeptical of whether or not we’ll actually hit 100° on Monday. In recent weeks, wildfire smoke has appeared to have a cooling effect on our temperatures as actual highs have routinely been below what most computer model guidance has suggested.

The idea is simple. The smoke interacts with solar radiation in the upper atmosphere – either absorbing or reflecting it – such that not all solar radiation can make it to the surface and heat up air temperatures at ground level. Long story short, it stands to reason that the smoke may be keeping our temperatures slightly cooler than they otherwise would be.

I’ve seen a few models suggesting highs in the 100s on Monday, but given the relatively high concentrations of wildfire smoke forecast to be overhead, I’m going to hold back on forecasting 100° for now. 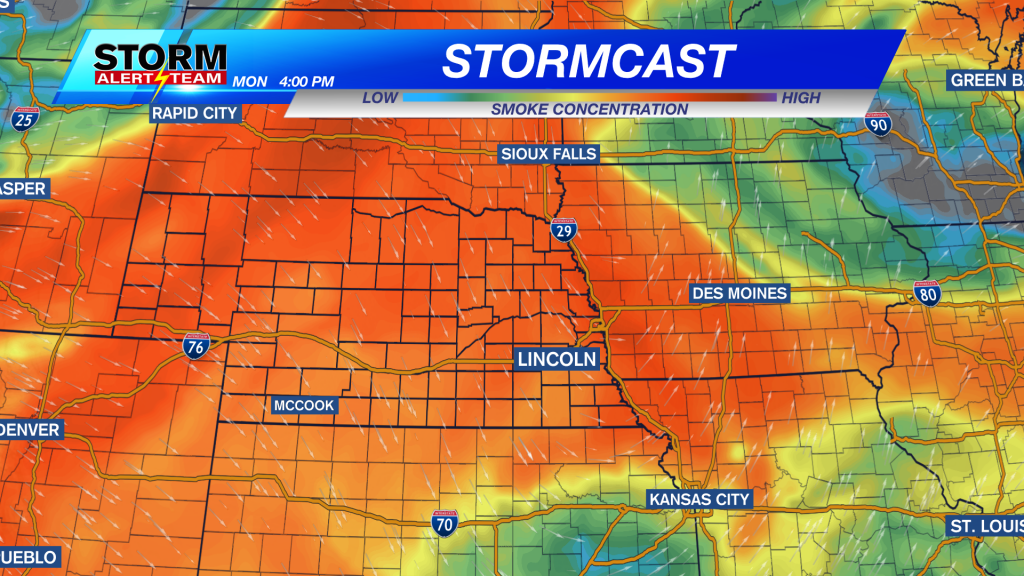