There is a lot going on in the weather for Nebraska Wednesday.  A weather system entering the Rocky Mountains Tuesday evening will bring very high winds, record high temperatures, and a chance for storms before a cold front passes Wednesday evening. 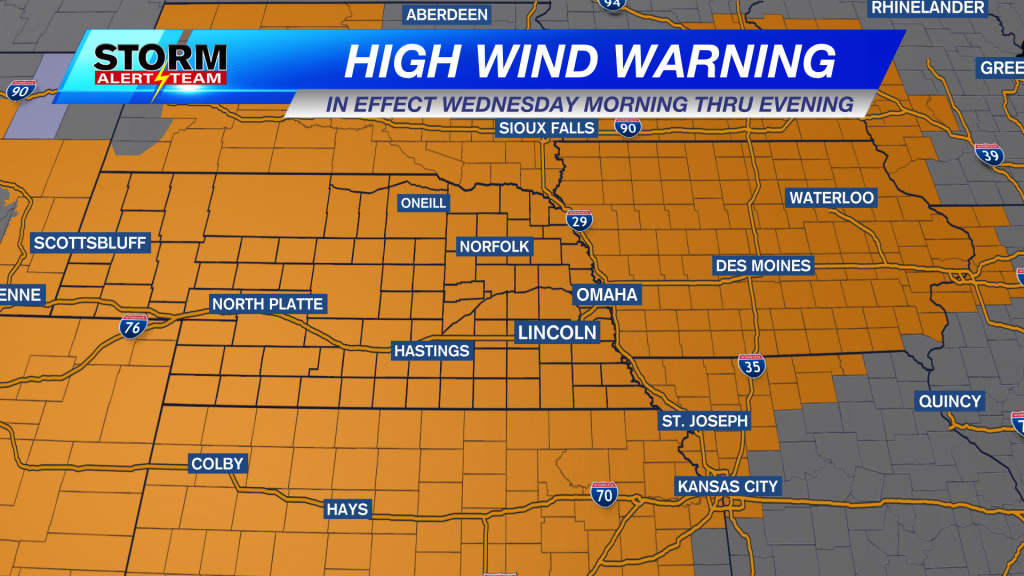 Perhaps the biggest story for Wednesday will be high winds around the region.  High Wind Warnings have been posted for all of Nebraska and surrounding states.  Sustained winds will blow 15-35 mph through the day.  Wind gusts will be even higher, reaching 50 to 70 mph, especially from 1 p.m. to 9 p.m. Wednesday.

Be sure to secure loose outside items you have around your house and yard.  You might have to tie it down or bring it inside, or else it could end up several blocks away.

Some schools districts are canceling classes, having early dismissal, or canceling afternoon bus routes due to the high winds.  Be sure to check the latest list of school closings here on klkntv.com.

Many of the record high temperatures for December 15 in southeast Nebraska were set in 2002.  It appears that we should easily break the record in Lincoln, and “just” break the records in Grand Island and Hastings. 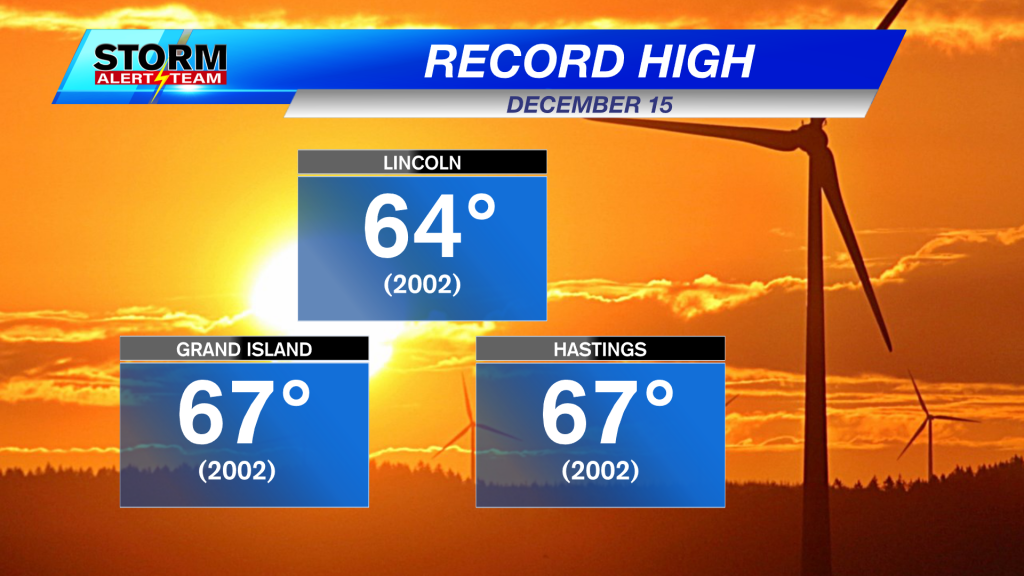 Temperatures should quickly rise through the 50°s and in to the 60°s by early afternoon.  I am forecasting highs in the upper 60° to lower 70°s.

Areas further south near the Nebraska/Kansas state line should be able to reach the lower 70°s.

A surface low pressure system is projected to quickly move across southern Nebraska Wednesday afternoon.  Once there is some heating of the day, a line of showers and thunderstorms may develop ahead of the low. 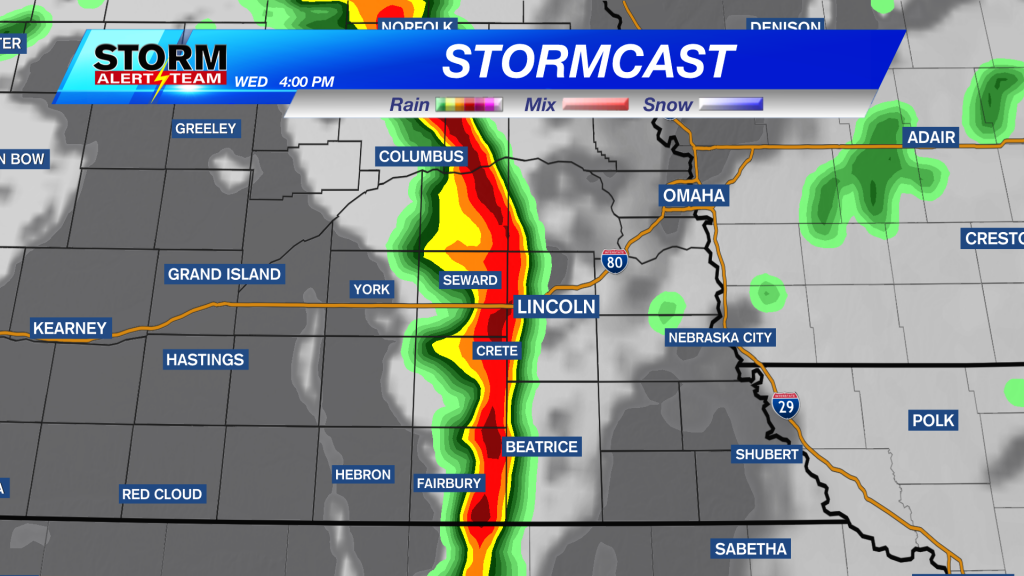 There will be a lot of wind to access as the thunderstorms move east.  Dew point temperatures are also forecast to reach the middle and upper 50°s (not common in December for Nebraska), so there should be enough “juice” to support a few thunderstorms along the line.

With all of that in mind, the main threat from thunderstorms will be strong damaging winds.  Along with the wind, an isolated tornado can not be ruled out.

One thing to keep in mind, the line of thunderstorms is not a “sure” thing.  Several computer models suggest the line does not develop in south central Nebraska, but instead along the Nebraska/Iowa state line.  Should that happen, there will not be much rain (if any) and the area will only be dealing with the strong winds as mentioned above.

Be sure to monitor our Storm Alert Team forecasts tonight and again starting at 5 a.m. with Meteorologist Brittany Foster.  We’ll continue to update the timing of thunderstorms, how high the winds could get, and how high the temperature will peak.

Do know this, behind the cold front Thursday morning, wind chills could be in the upper teens to lower 20°s.  Meaning, it will feel 50° to 60° cooler than Wednesday afternoon.

Recommendations on Lincoln's second water source to be discussed Monday