LINCOLN, Neb. (KLKN) – Brenda Mae Stinson was beaten unconscious in her home by her son Austin Lightfeather in July 2020.  She is sharing her story after she feels her cries for help went unheard.

Stinson says that in the days leading up to her assault, she desperately tried to receive help from law enforcement because her son, who has autism, was missing and considered to be a danger to himself and others.

Throughout that time, she says Lightfeather had “lost touch with reality” and his thoughts became increasingly filled with delusions of fear and violence.

Around 6:05 a.m. Stinson says she heard what she thought was a car drive through her living room.  Upon entering the room, she says she saw a large man in dark clothing charge toward her.

Two years later, Stinson still cannot talk about the events without crying, and she doesn’t know that she will ever be able to. 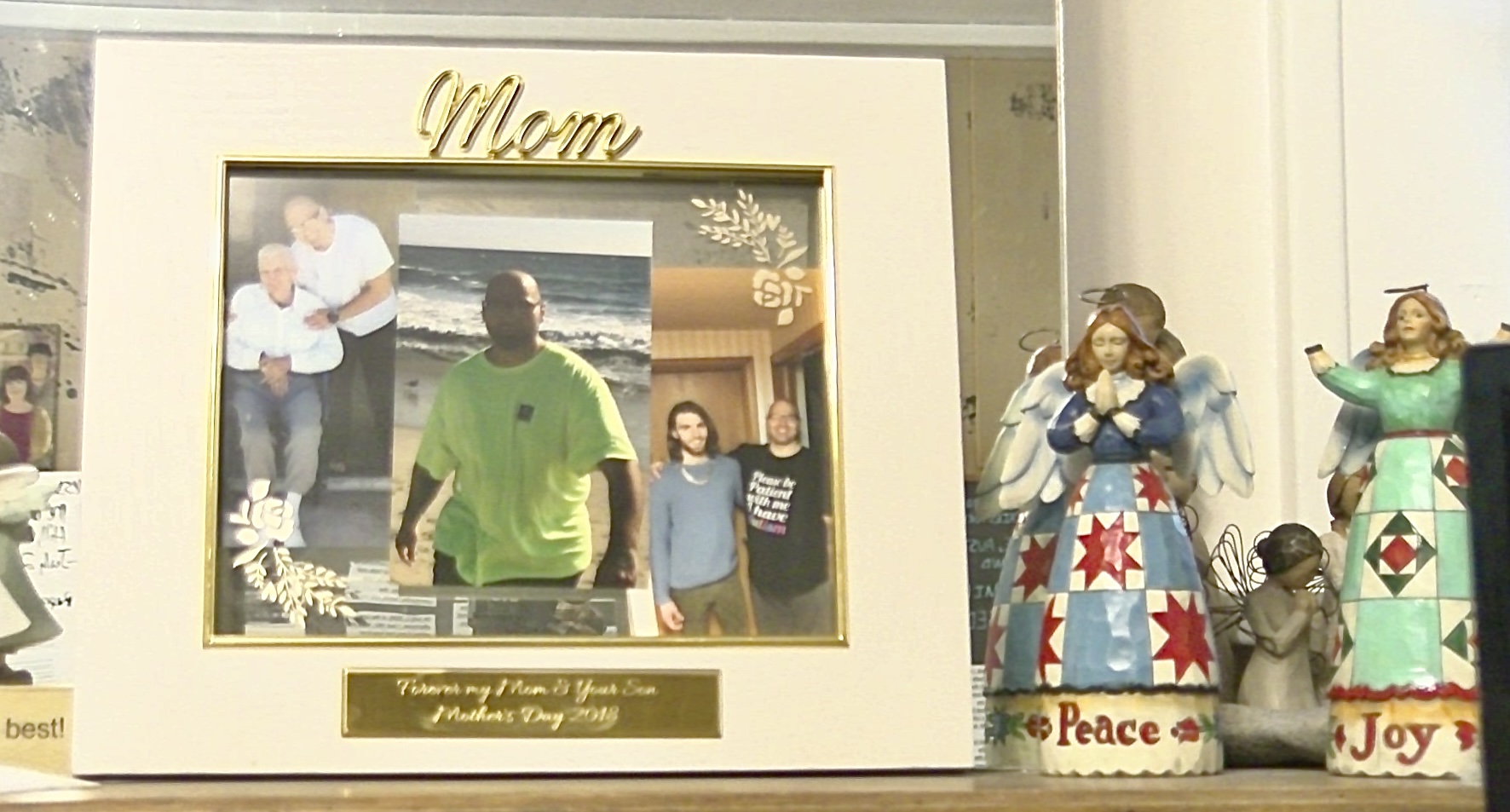 Among other family pictures, Brenda Mae Stinson still displays one of the last Mother’s Day presents she received from her son Austin Lightfeather before the assault.

Stinson says “the system” never did her son right.  Lightfeather was enrolled in over 15 different assistance programs throughout his life.  She says each program ended the same, with administrators telling her that they could not handle Lightfeather and sending him back home.

Stinson saw the same results even when she sat on the advisory board of a program.

“Our family has exhausted just about every available form of support. Austin, individually and with the family, has consulted a long list of providers, such as mental health counselors, psychiatrists, and neurologists,” she said.  “We attempted out-of-home placements when Austin was young, group home placements as an adult, and independent living with community supports.”

She says the never-ending list of specialists, hospitalizations, diagnoses and medications, the family has yet to discover an effective combination of care.

“So what does the mom do other than to call out for help from the police? When you know something’s wrong with your child and they need to be evaluated,” Stinson said. “You have a professional telling you ‘he needs to be evaluated’ and no one’s listening”

In medical records from emergency providers, Lightfeather was written off as a fairly aggressive child at the age of 6 with some evident developmental disabilities and varying mental health problems.

Throughout his life, Lightfeather was diagnosed with autism, schizophrenia, paranoid personality disorder, intermittent explosive disorder, and many other mental health problems.  At the time of her assault, Stinson was appealing the Division of Developmental Disability Services’ decision to remove her son from its care. The department only granted him help a year earlier at the age of 31.

The state told her that Lightfeather did not meet its definition of developmentally disabled despite numerous previous diagnoses of autism.

Doctors who were working with Lightfeather told the department that removing its services would not only be detrimental to him but may pose a risk to others around him.

Less than a week after her assault, Stinson received a notice from the state that it would no longer provide care for her son because their doctors did not believe he had autism.

She says that it’s not the first time she’s received such a decision and that the family had always struggled to find the proper help for Lightfeather. That ultimately led him to the hands of the justice system.

Lightfeather was first incarcerated in 2010 and has since been in and out of jail.  Over the years, Lightfeather’s charges became more severe leading up to the assault of his mother.

While serving his first sentence, he was placed into restrictive housing for nearly four straight years due to his disabilities, then released back into the community without any reintegration services.

Nearly one-fourth of all prisoners have a cognitive disability.  According to the Centers for Disease Control and Prevention, adults with disabilities reported that they suffer from mental distress five times more than adults without disabilities.

During a hearing last week, Diane Sabatka-Rine, interim director of the Department of Corrections, told Sen. Terrell McKinney that she would support dedicating some prison units as places to provide physical and mental health care.

In Nebraska, solitary confinement as defined by Nebraska law, is not used.  However, a majority of inmates with mental illness or disabilities are placed in restrictive housing or immediate segregation.

The Nebraska Department of Corrections says the goal is to help vulnerable prisoners by providing an added layer of protection.

Inmates placed in restrictive housing are kept separate from other offenders, and their out-of-cell time is reduced to less than 24 hours a week.

Inmates in the general population group are allowed, at a minimum, 42 hours a week out of their cells.

In 2014, a report was released by Disability Rights Nebraska about the effects segregation has on inmates.

The group says variations of isolation, regardless of medical history, have extreme effects on inmates.

“SHU Syndrome” was identified by Stuart Grassian.  He says it includes “irrational anger and rage, loss of impulse control, paranoia, and perceptual distortions/illusions/hallucinations. Serious symptoms can occur even in individuals without mental illness after being isolated for only a few days.”

The same year, the state made the decision to reduce the amount of time inmates with mental illness spend in restrictive housing.

Stinson said one of the hardest things was watching her son regress as a result of the isolation.  At times, he was “on alert for suicide by cop.”

Lightfeather is currently housed at the Lancaster County Jail.

The county declined to comment on camera for this story but corrections director Brad Johnson did provide a written statement:

Mental Health services provided by us are Solution Focused Brief Therapy to teach inmates evidence based coping skills to better manage while incarcerated, medication management and education on the importance of maintaining medication treatment past release. Treatment is based on individual assessments and each patient is treated for their specific symptoms, abilities, knowledge, and desire to engage in treatment. Individuals are not segregated based on their disabilities, the vast majority of individuals in our custody live in general population or small dormitories based on their unique abilities and social skills set.

We work with many partners within our community to provide the best possible care for individuals in our custody who are in need of medical and mental health services. An integral part of our mission is providing compassionate care and I feel strongly that the staff within this department and our contracted and community partners work hard to accomplish this on a daily basis.

Condon says some inmates who have had success reintegrating still return to speak with therapists when they feel themselves “starting to struggle.”

But there are no specific services for inmates with physical or developmental disabilities.

Stinson says that even with prior knowledge, navigating the resources that are available is challenging.

“People who don’t know anything about this system and how to navigate it,” said Stinson.  “I mean, I feel lost, I can only imagine how helpless they must feel.”

Lightfeather’s sentencing was rescheduled to December pending further review by the judge, who ordered additional mental health exams to determine an appropriate sentence.

“I have mixed feelings about it. On the one hand, it seems like the courts are interested in ascertaining a better understanding of Austin’s condition to make the most appropriate decision possible,” Stinson said. “On the other hand, it prolongs the sense of closure that me and my family need”

Despite everything, she says she only wants the best for her son and hopes that he will be able to get the help that he needs.

The Nebraska Department of Correctional Services, the Department of Health and Human Services and the Division of Developmental Disability Services’ all declined requests for comment.

Person hospitalized after rollover crash on I-80 in Lincoln