Living in the 90°; Taking a run at the century mark

Tack another 90° on the 2021 board.  Today marks the 9th day to reach 90° this year.  We’re three days above the 30-year average year to date.  We’ve got several more days in the 90°s before a cold front passes later this week, bringing cooler, and less humid, air to southeast Nebraska.

Tonight we’ll have mainly clear skies.  With slightly higher dew points, temperatures will not drop in to the 50°s like it has the last two mornings.  Lows will be in the middle to upper 60°s. 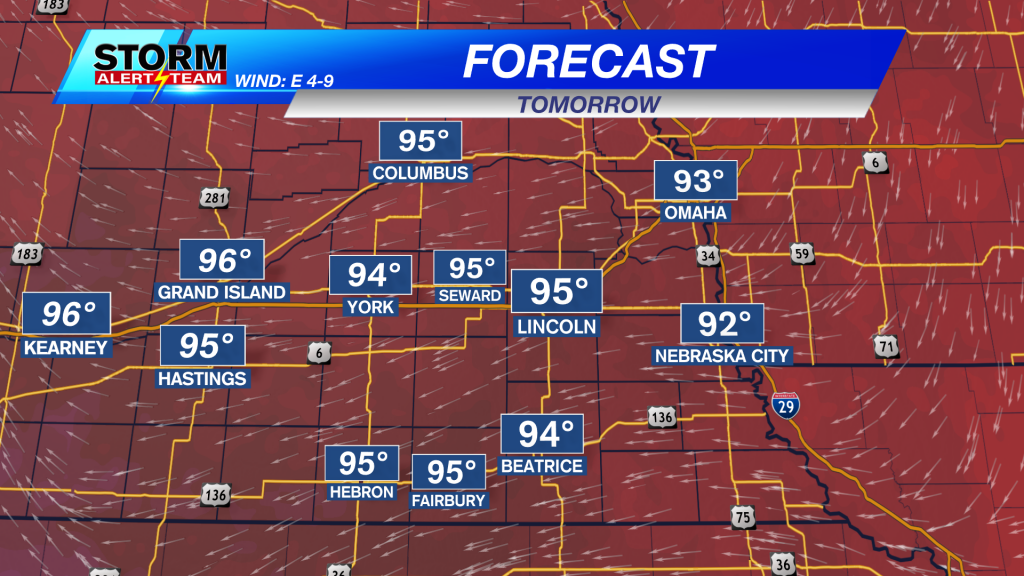 Temperatures should quickly climb back to the 90°s Tuesday afternoon.  Highs should be similar to Monday, topping out in the middle 90°s.  I am forecasting a high of 95° in Lincoln.

Dew point temperatures will be a little lower Tuesday compared to Monday.  While lower, the heat index will be two or three degrees above the air temperature – putting peak heat indices in the middle to upper 90°s. 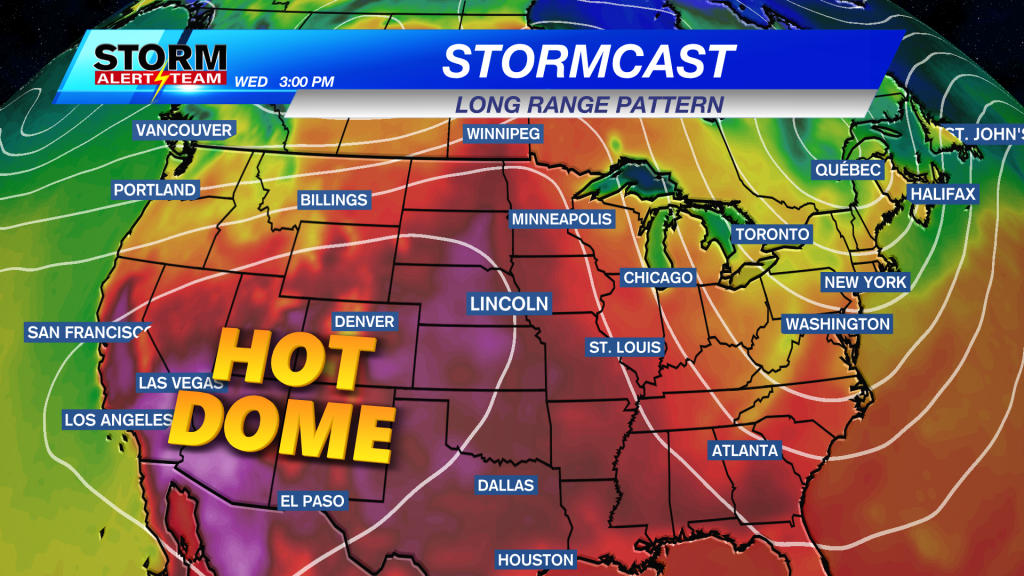 A cold front is forecast to pass through the area late Thursday in to Friday morning.  Ahead of the front, temperatures should soar Thursday.  There is potential of Lincoln hitting 100° for the first time in over three years.

There remains a few questions in regards to how warm we get.

The humidity's back, along with rain chances

Van full of kids rolls on I-80 after getting cut off, authorities say