TONIGHT:  Partly cloudy skies early, becoming clear pre-dawn.  It is going to be cold.  Temperatures will drop to the teens and wind chill values will be as low as the single digits near sunrise.  Lincoln Low Temperature: 14°

We ended up with a record breaking snow for some Sunday and Monday.  Lincoln officially had 0.4″ of snow Sunday, breaking the previous record of a trace.  That was low hanging fruit for Mother Nature.

All totaled, Lincoln ended up with 2.9″ of snow.  Many locations in central and eastern Nebraska had higher totals.  Here are the higher totals I could find around the KLKN-TV viewing area. 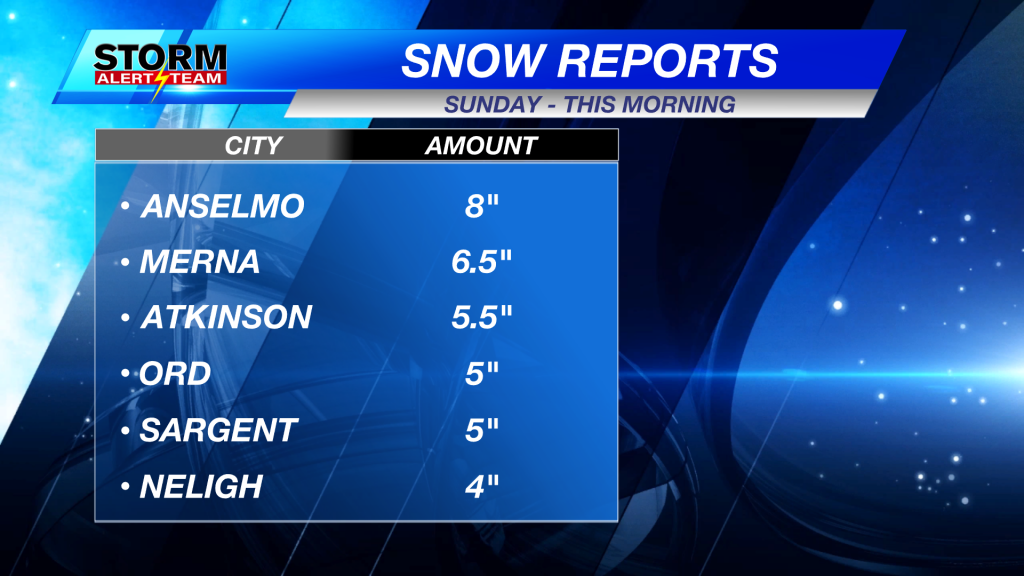