Grand Island Police responded to three overdoses over the weekend, including one that was fatal.

LINCOLN, Neb. (KLKN) – The investigation of a weekend overdose led to the arrest of a 19-year-old man suspected of selling drugs, Grand Island Police say.

Grand Island Police responded to three overdoses over the weekend, including a fatal one involving a 40-year-old homeless man.

A 20-year-old man and a 17-year-old girl are recovering from overdoses.

Officers received information from one of the investigations, and they obtained a search warrant for an apartment near Walnut and Charles Streets.

The contents of the pills remain under investigation, but police say they appear to be black market pills being sold as Percocet. 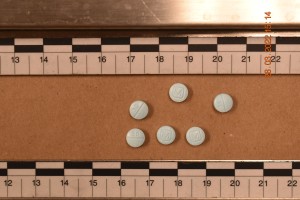 Ahmed was then arrested and taken to the Hall County Jail.  He was arrested on suspicion of possession with intent to distribute narcotics, marijuana and cocaine, among other charges.

What OPEC's oil cut could mean for Nebraska consumers

UNMC and Nebraska hospitals to share data for better treatments