The overall pattern looks pretty quiet on Monday. We expect partly cloudy skies on with seasonable temperatures through the day. The average high for this time of year in Lincoln is 43°, and we’re forecasting a high near 45°.

Winds will transition out of the north at some point on Monday, which will make highs a touch cooler to the north and slightly warmer to the south. 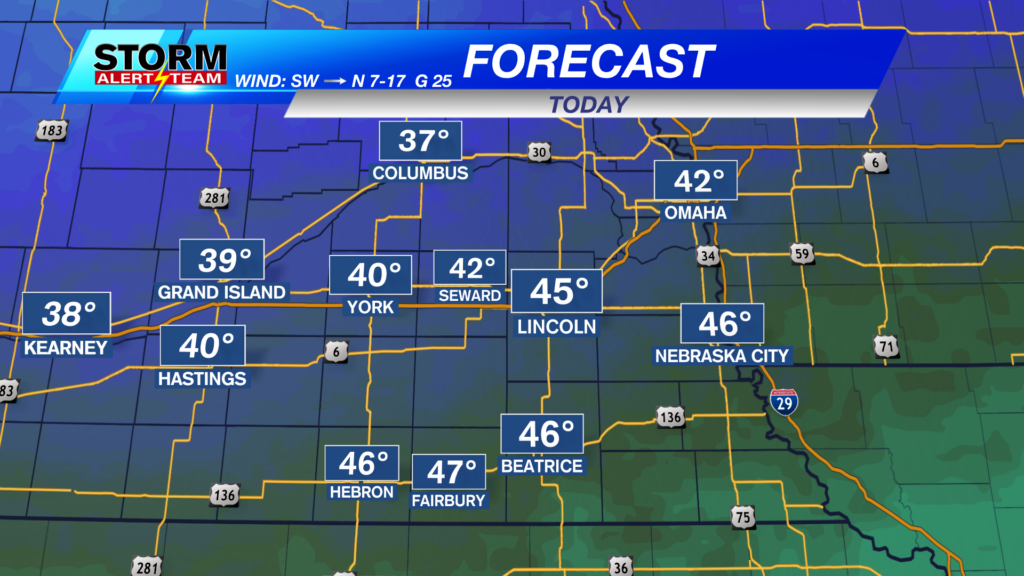 Some clouds are expected to remain overnight and into Tuesday morning. In some areas of central Nebraska, some overnight or Tuesday morning flurries will be possible. Most of these should be to the north of Lincoln and aren’t likely to produce much accumulation. 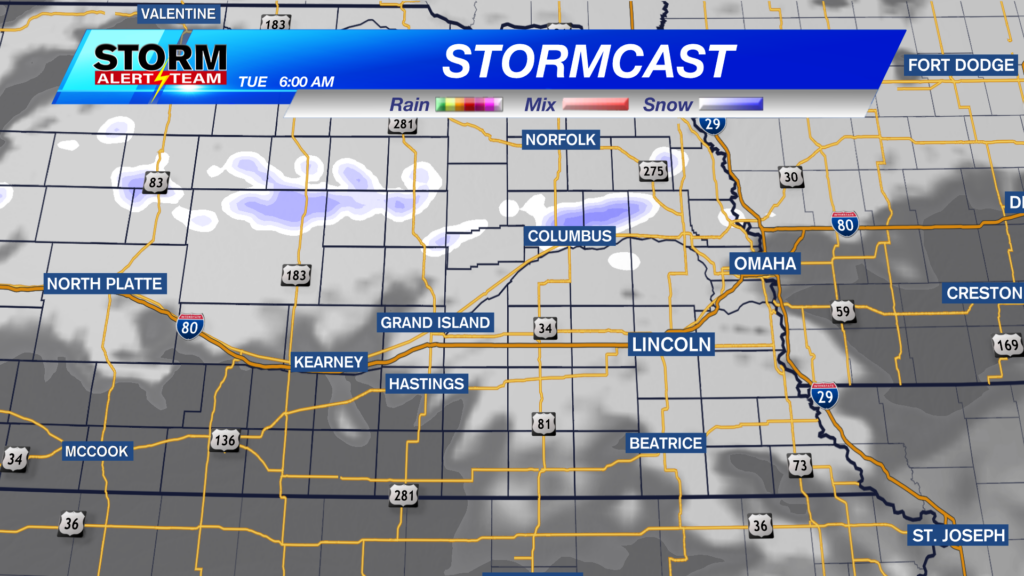 Partly cloudy skies with highs in the mid-40s are in the forecast through Wednesday. Changes arrive on Thursday as our next storm system arrives. Various runs of Stormcast have hinted at a chance to see some wintry precipitation on Thursday.

This is still a few days out, so there is still time to make adjustments to the forecast. However, this system will provide our next “decent” chance to see something fall from the sky. At this time, it’s just something to watch. 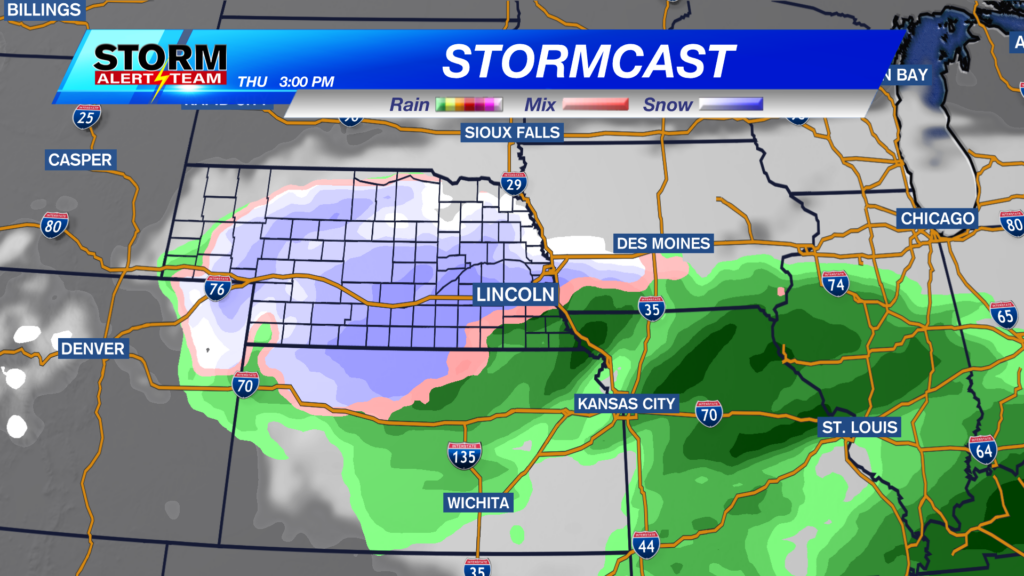