Temperatures are still expected to climb through the rest of the week, reaching the middle and upper 90°s for Friday and Saturday.  We are also watching a slightly better chance for rain Sunday.

What clouds we have in place will depart by sunset, turning skies clear for Wednesday night.  Temperatures will drop to the middle 60°s Thursday morning. 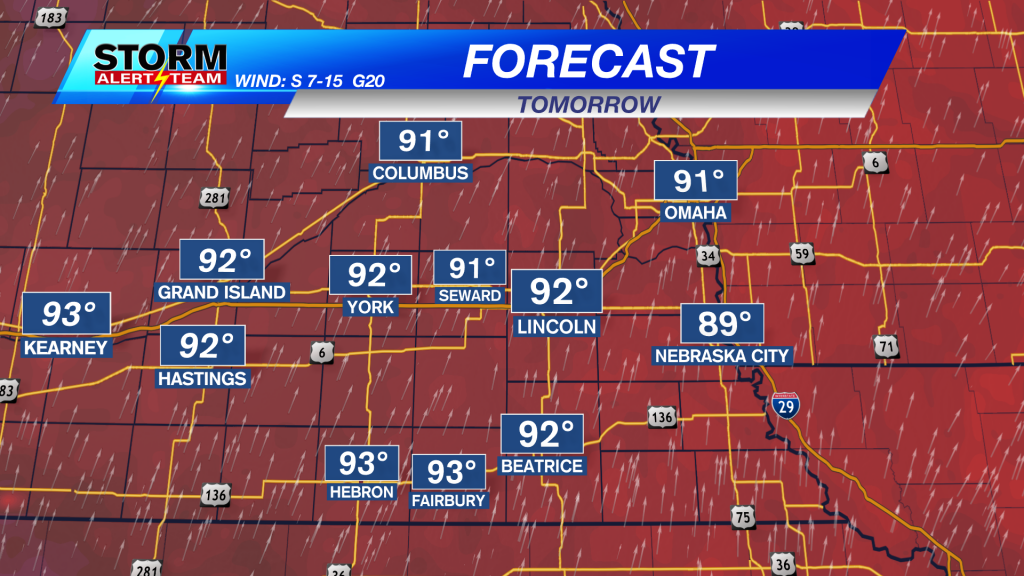 We should see more in the way of blue skies Thursday.  Under sunny skies temperatures should be able to return to the lower 90°s throughout southeast Nebraska.  You will notice the humidity, but it will not be terribly bad. With dew points in the lower to middle 60°s the heat index should peak 92°-95°. 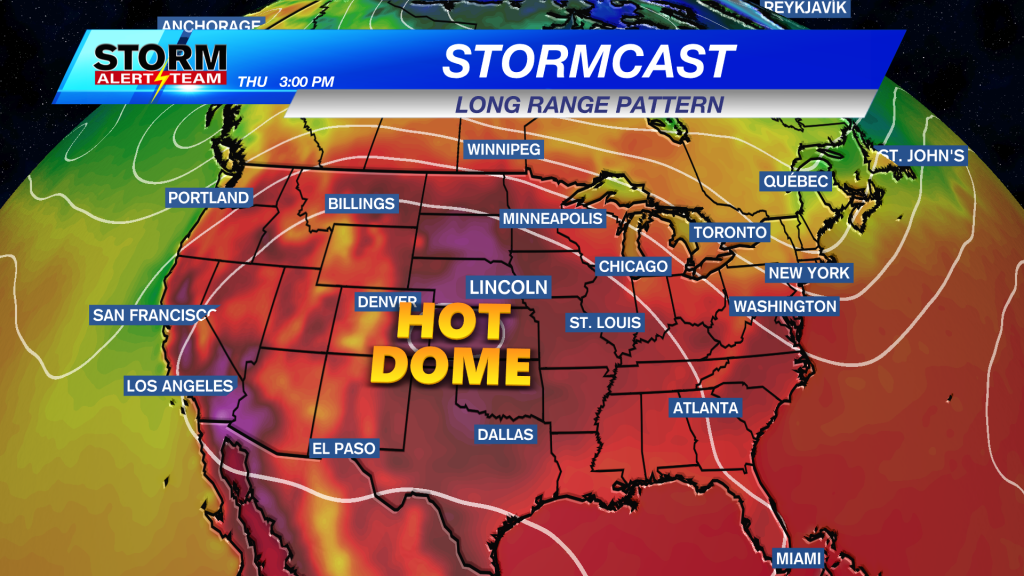 Medium and long range computer models continue to suggest an upper-level high pressure area – also known as a “hot dome” – will move from the western United States over the central Plains early next week.  As it does so, it will aid in heating air, both aloft and at the surface, sending temperatures in to the upper 90°s and lower 100°s.  Data suggests we could have several days reaching 100° next week.

It should be noted that Wednesday morning’s computer model runs have slowed down the arrival of the “hot dome” over Kansas and Nebraska by a day to day and a half next week.  Because of that, I have dropped the high temperature Tuesday to just below 100°.

Breezy southerly winds are expected to develop next week.  This will help send low-level moisture north through Nebraska.  This, along with additional moisture being sent in to the air by maturing crops, will send the dew point temperature in to the lower 70°s – thus making it feel very “muggly” next week. 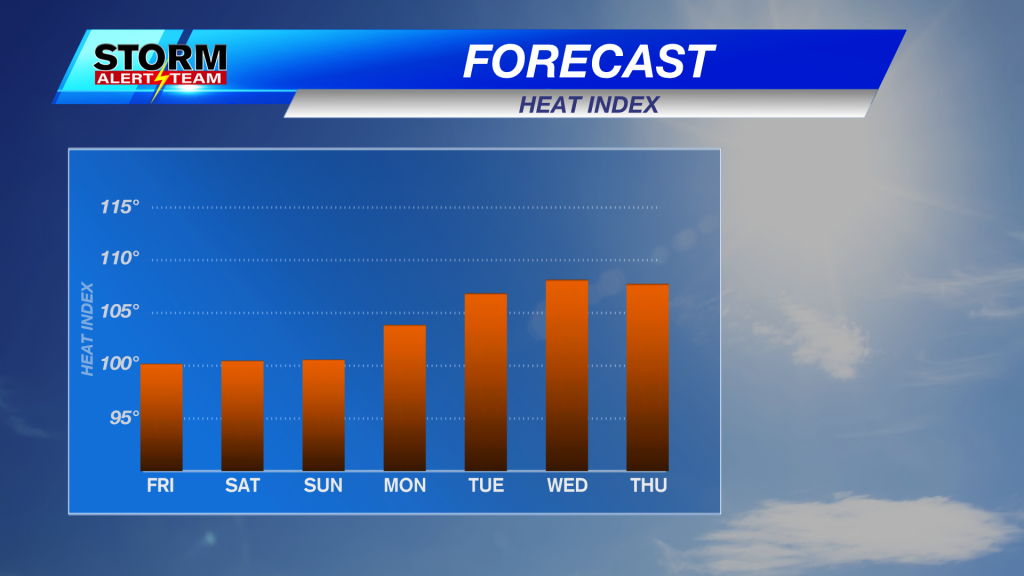 Combined with the forecast temperature, this will give us peak heat index temperatures 100°+ Sunday through Friday.