University of Nebraska-Lincoln community service officers (CSOs) are changing their uniforms from gray to red to look less intimidating to students.

UNL sophomore Ashlin Curry says she’s seen CSOs in her dorm before and has mistook them for police officers.

“It’s a little intimidating coming across it every once in a while, because like, you don’t know why they’re there,” Curry said. “There would just be police walking around like my floor, not really like knocking on doors or talking to anyone but just patrolling.”

“I was like, ‘Oh, why are they here? Like, what’s going on? Did something bad happen? Is someone in trouble?'”

Curry is not the only UNL student to confuse a CSO with a UNL police officer. So what’s the difference between the two?

“A community service officer is not a commissioned person, so they don’t carry a gun or any weapons of any sort,” Fehringer explained. “They’re there to answer any questions that students might have within the residential hall, to provide any type of safety tips that the students may have, to be an initial responder to some disturbances, things like that, to try to quell them.”

If a situation were to escalate, that’s when a CSO would contact a UNL police officer for assistance.

to these red uniforms… 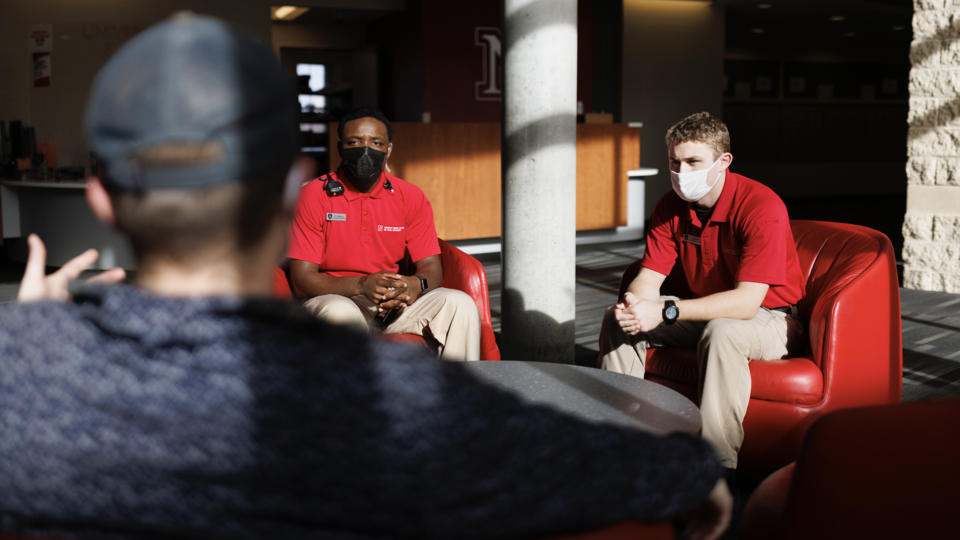 “The students that live in our residential halls, that’s their home,” Fehringer said. “In conjunction with them, [we] came up with the idea of to go with a more of a softer approach, as far as the uniform.”

Fehringer says CSOs can be anybody from a student pursuing a career in law enforcement to a former cop just looking for a retirement job.

They typically patrol dorms after 9 p.m. through the evening.

“Having them in a red shirt and khakis and like a little bit more of a casual uniform, I think they’ll be more approachable,” Curry said. “We’ll know like, ‘Okay, like, they’re here to protect us. They’re not here because anyone did anything wrong.'”

University of Nebraska asks for $3 billion in new fundraising campaign