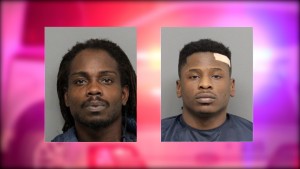 Winston was booked into the Lancaster County Jail around 5:30 p.m. and Love was arrested at approximately 7:00 p.m., both on Wednesday.

Lincoln Police say the case is still an ongoing investigation and any help from the public is appreciated.