2 dead, 2 injured after shooting in Bellevue

Two people are dead and two others wounded after a shooting at the Sonic in Bellevue, according to KMTV.

BELLEVUE, Neb. (KLKN) – Two people are dead and two others wounded after a shooting at the Sonic in Bellevue, according to KMTV.

According to a news release sent out by the Bellevue Police Department, police responded to the Sonic Drive-in at around 9:20 pm Saturday night, after reports of a bomb inside a truck parked in the restaurant’s parking lot.

A few minutes later the incident was upgraded to a shooting, according to reports by KMTV. Numerous officers responded to the scene and shortly after 9:26 p.m. a suspect was taken into custody. Police say four shooting victims were found at the scene of the crime, two were dead and two were transported to UNMC.

According to KMTV, there are no indications of other suspects at this time.

Following the arrest of the shooting suspect Saturday night, the Sarpy County Jail website shows 23-year-old Roberto C. Silva, Jr was booked into the jail on charges of first degree murder and felony arson, according to KMTV. 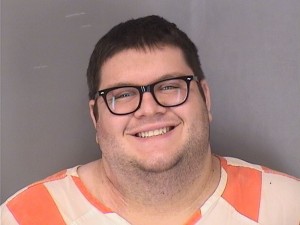 The Bellevue Police Department released a press release about the shooting on Facebook Sunday morning.