Many received a healthy dose of rainfall on Thursday night. Generally speaking, southeast Nebraska saw around 0.7″ of rain on average. There are exceptions. Some locations received 0.25″ or less, namely across a stretch extending from York, Seward, and into northern Lancaster counties. However, northern Saline and southern Lancaster counties benefited from several inches of rainfall. 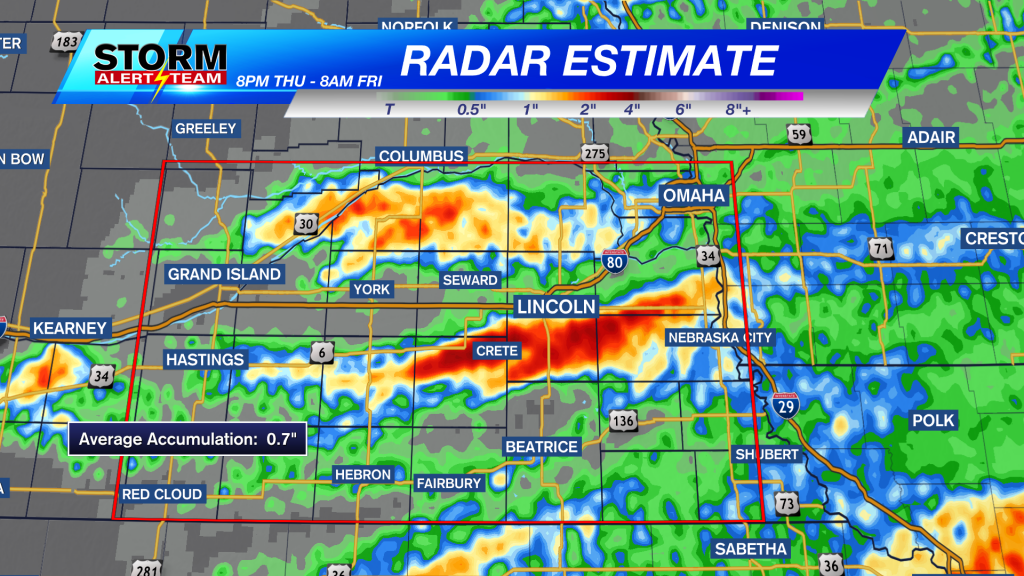 There were a few isolated showers south of Lincoln early Friday morning, but those have since dissipated. Lincoln should remain mostly dry for the remainder of the morning.

Meanwhile, a cold front swept through southeast Nebraska on Friday morning. Behind the front lies northerly winds, which should keep temperatures at bay for Friday afternoon. We’re going with a high of 77° with clouds decreasing throughout the day on Friday. 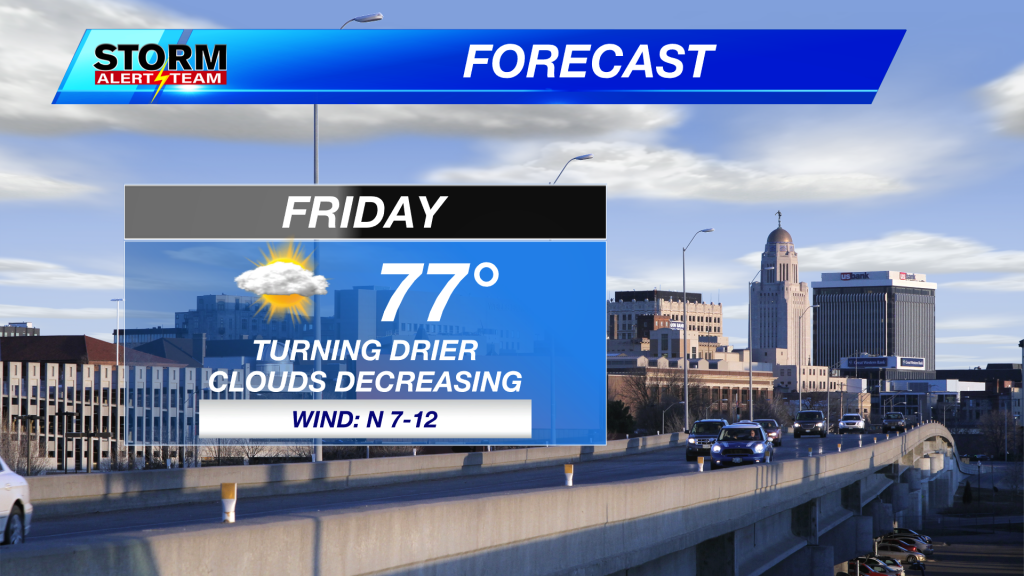 Our game of the week is the annual Battle for the Spirit Sword. Lincoln Christian takes on Lincoln Lutheran on Friday evening – and the weather will be perfect. Temperatures around kickoff will be in the mid-70s, dropping to the low-70s by the end of the game. 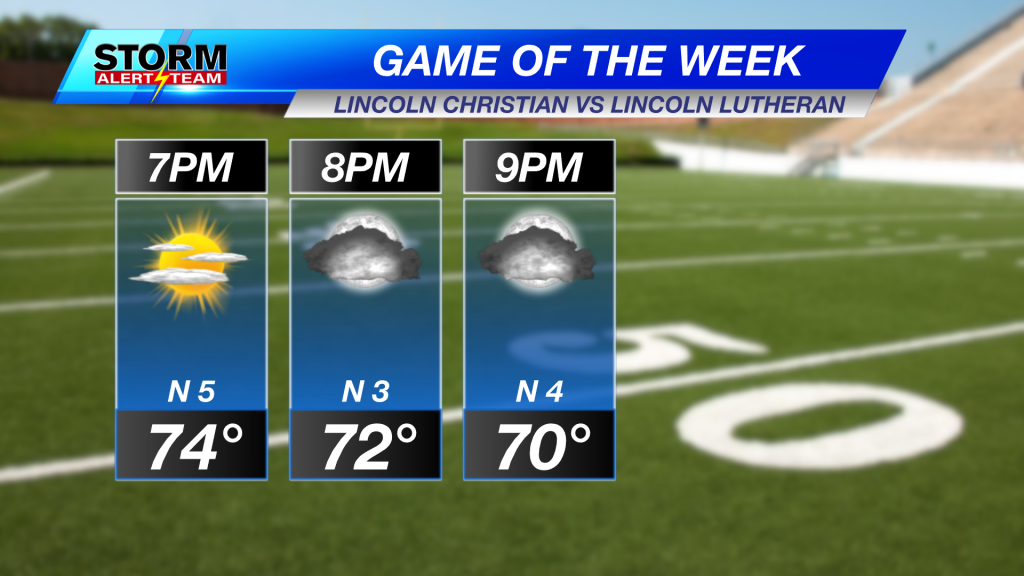 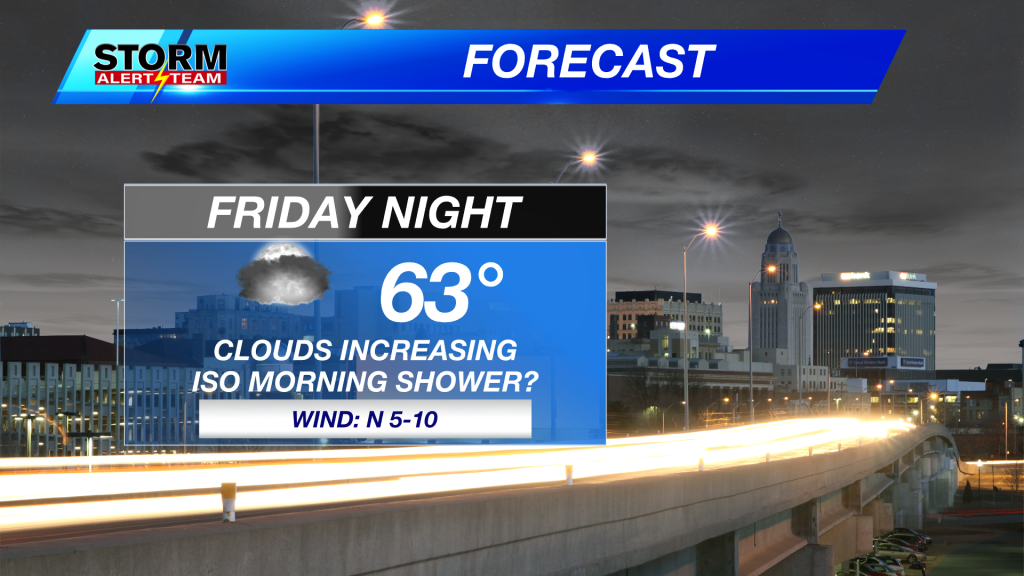 The Husker football home opener against Fordham should be dry with temperatures starting out near 70° and rising to the mid-70s by the end of the game. We’ll likely have some clouds to start the day, but we should be mostly clear by afternoon.

Your Labor Day forecast features dry weather, with highs in the mid-80s. Farther in the week, long-term trends keep us dry with seasonable or below normal temperatures.