92% of Lincoln teachers concerned about mental health of students, per survey

According to a Nebraska State Education Association survey, 92% of Lincoln teachers surveyed are concerned about the mental health of their students.

LINCOLN, Neb. (KLKN) – The pandemic has caused a ripple effect for teachers and students that is still being felt more than a year later.

According to a Nebraska State Education Association survey, 92% of Lincoln teachers surveyed are concerned about the mental health of their students. 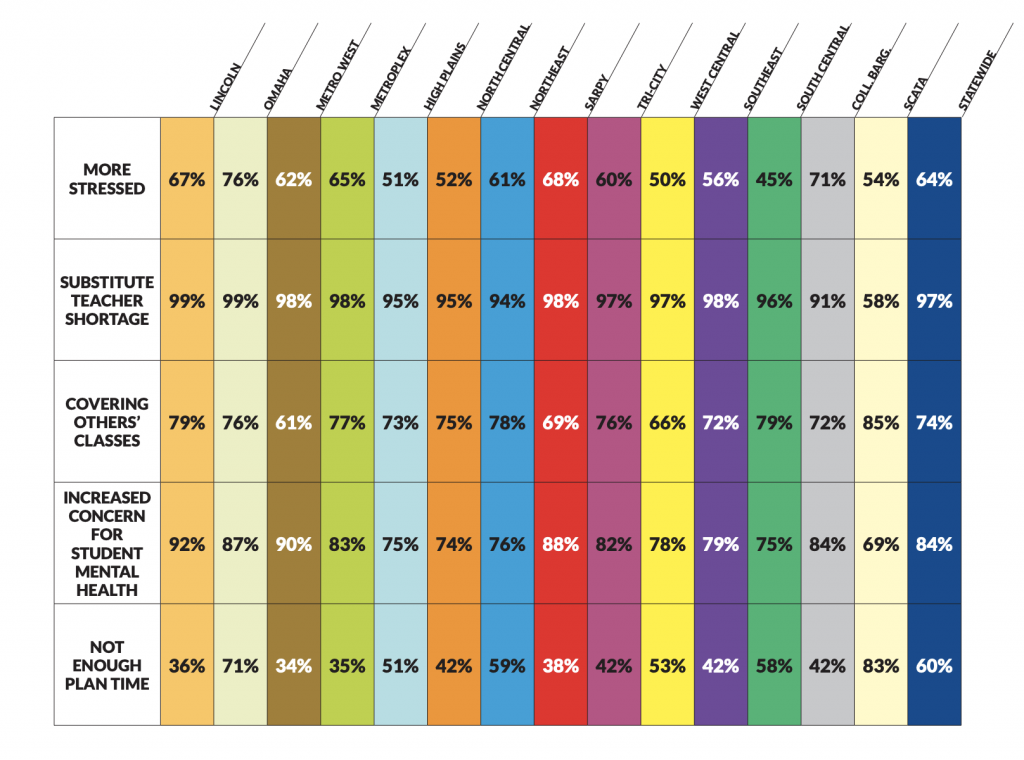 “You have people acting in ways that they’ve never acted before in public,” Rasmussen said. “The stress and the trauma of parents losing their jobs or losing loved ones to COVID, these kids don’t know how to deal with it.”

Compounding the issue is the reality that many teachers are dealing with workload issues. More than 30% of Lincoln teachers surveyed say that four to six hours have been added to their work week.

“They have no plan time because we don’t have enough teachers or subs or paras, so during the time they have off, they’re covering for someone else,” Rasmussen said.

The situation in schools is enough of a dilemma that a third of Nebraska teachers surveyed say they plan on leaving the profession after the school year.

“We have 20 year veterans that want to leave the profession because of what’s going on with the pandemic,” Rasmussen said.

LPS superintendent of instruction Matt Larson told Channel 8 on Monday that the district is focused on meeting students where they are at.

“Our schools all have very intentional school improvement plans, where they’re drilling down to individual students to provide the supports they need, so that students can improve their learning,” Larson said.

Before becoming the president of the Lincoln Education Association, Rasmussen was an LPS counselor at Goodrich Middle School for 28 years.

“To have what’s best for kids, we have to do certain things for teachers,” Rasmussen said. “If we’re all in it for the reason that we should be, we should be able to work this out.”