A cloudy end to the work week

Some of us woke up to some patchy fog in southeast Nebraska. Any patchy fog should dissipate by the mid-morning hours, but low clouds remain difficult to get rid of. As of Friday morning, rain can be found in the northeastern part of Nebraska and eastern South Dakota. The southeast part of the state, however, remains dry.

By far, the best rain chance is in the northern part of the state for Friday. That said, there is a very tiny chance for a stray shower in Lincoln – but if you were betting money on it, I’d bet on staying dry for Friday. 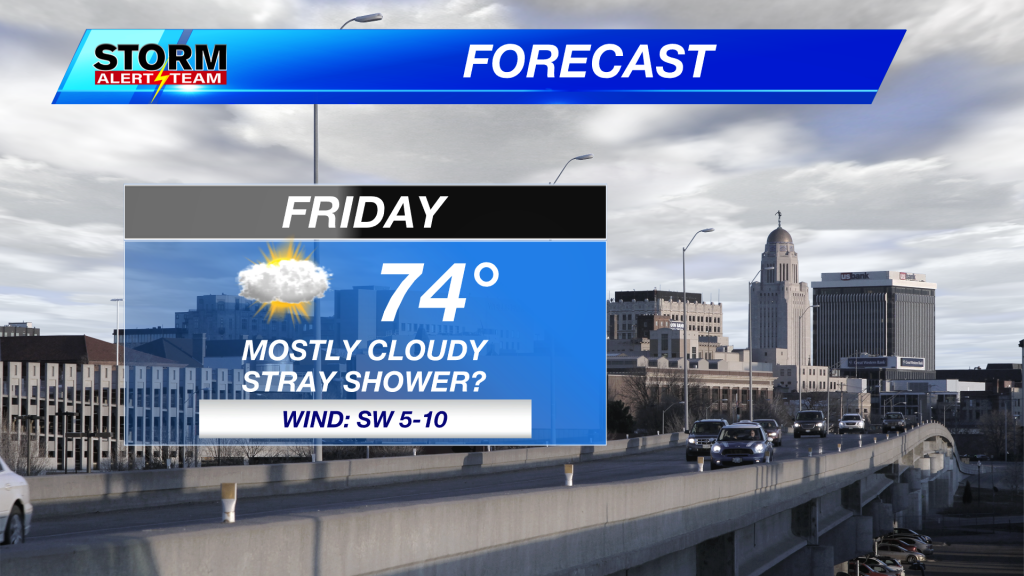 We’ll hang onto cloud cover on Friday night, with rain chances being fairly low in the overnight hours. Temperatures on Saturday morning will likely be in the upper-50s. 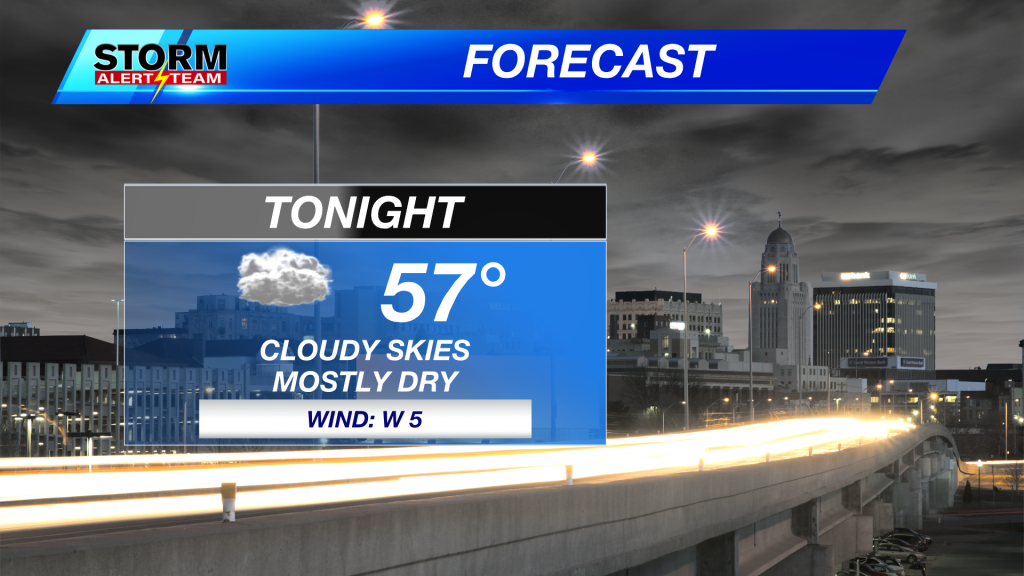 As of now, Husker Gameday looks like a cloudy one with temperatures topping out in the low-70s. I think there is a slightly better chance to see a few isolated storms on Saturday. Keep in mind that any showers will be very hit-or-miss, and like Friday, will not be very widespread.

So Saturday is another situation where many will likely stay completely dry. Although a stray shower or storm is possible early in the Husker game, most of the game looks dry with temperatures in the 60s. 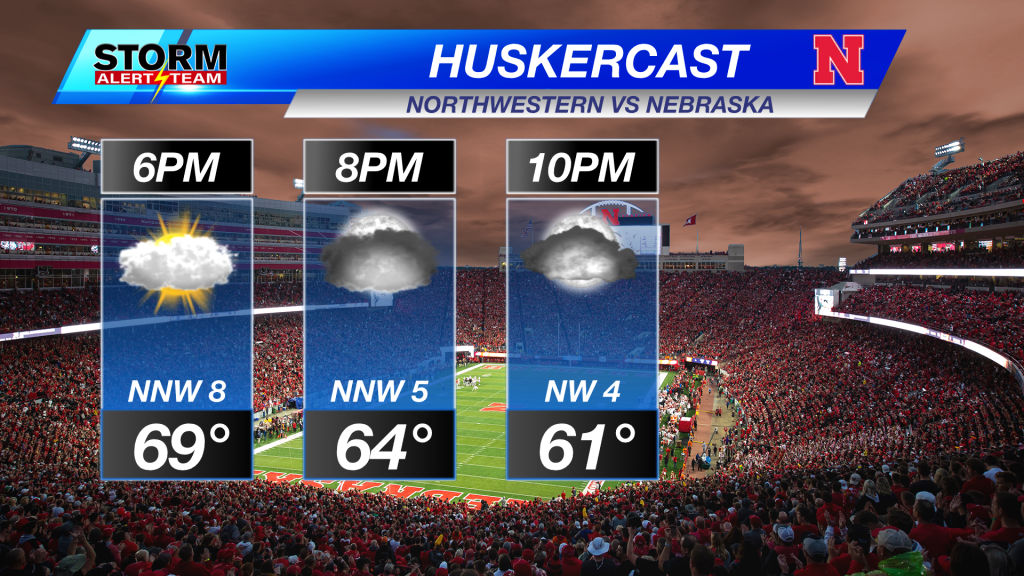 Cloud cover departs late Saturday, which sets the stage for more sunshine on Sunday and into early next week.