In two days, Lincoln has undergone a 31° swing in high temperatures. Highs topped out at 18° on Thursday, but 49° on Saturday! Needless to say, Saturday was a very mild day.

We are watching a front to our northeast that will slide through the eastern third of the state on Sunday morning. This will have an effect of cooling off temperatures more so in eastern Nebraska as opposed to locations farther west.

I think most will be in the 30s for the majority of Saturday evening and overnight. The 20s should arrive after the frontal passage on Sunday morning. We’re forecasting a low of 23° in Lincoln. 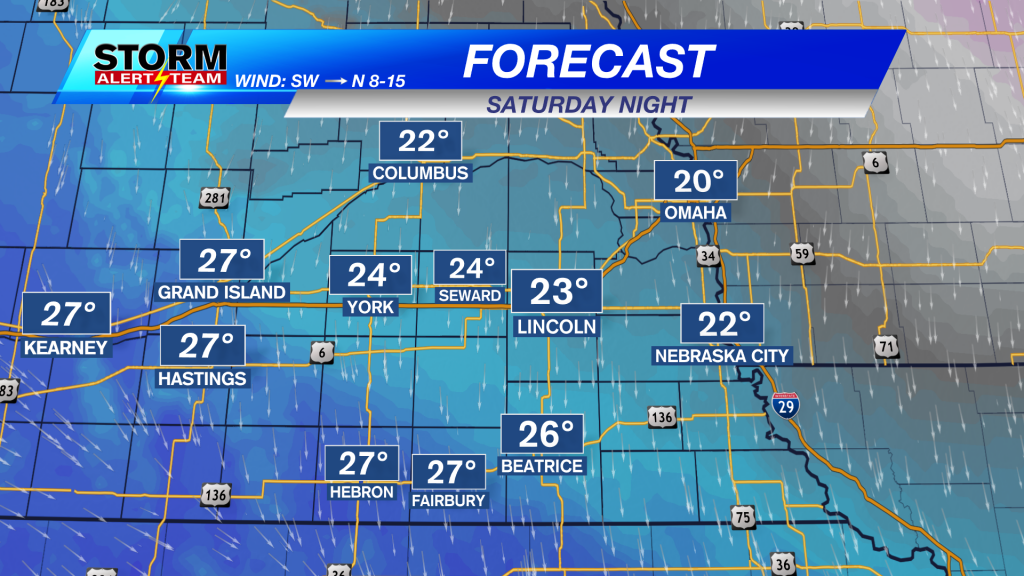 That same cold front will lift back through the area as a warm front on Sunday. This will have the effect of warming temperatures more to the west as compared to locations farther east.

If you live closer to the Tri-Cities, you have a good shot of getting close to or exceeding 50°. Those closer to the Missouri River will likely be stuck in the 30s. Lincoln will find itself in the transition region where temperatures will likely get into the lower to mid-40s. How warm everyone gets is largely dependent on how fast this front retreats! 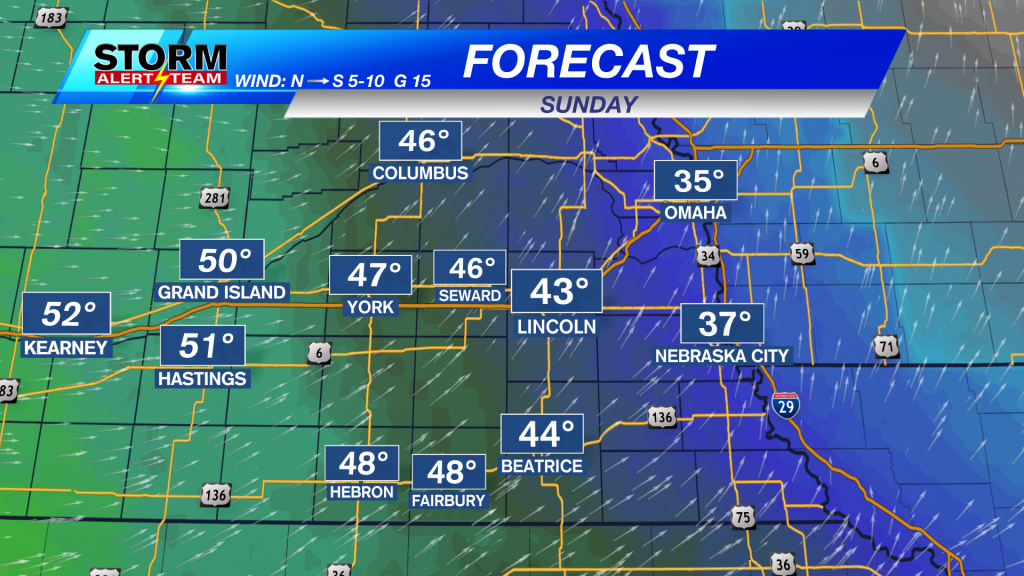 Temperatures will remain mild into Monday, where we should reach the 40s again. However, a cold front passes on Monday evening which will result in a cooler day for Tuesday. 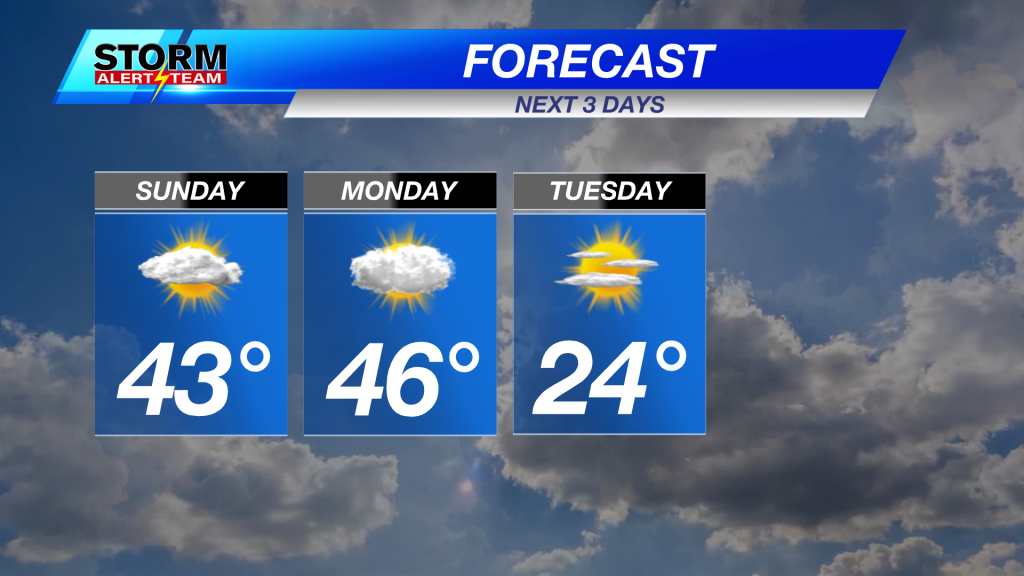 We can’t rule out a few flurries or snow showers in western Nebraska late Monday. That said, those will likely develop west of the Tri-Cities. I have a hard time thinking that Lincoln will see any of those on late Monday as of now.