A less soggy Sunday night and start to the work week

Sunday brought forth quite a bit of rainfall as an area of low pressure tracked to our south. Lincoln found itself within the heaviest band of precipitation, breaking the rainfall record for October 24th in the process.

Lincoln saw 1.5″ of rain on Sunday, but several locations around town saw higher totals. One viewer sent in an image from their rain gauge showcasing 5″ of rain near 40th and O Street in Lincoln! 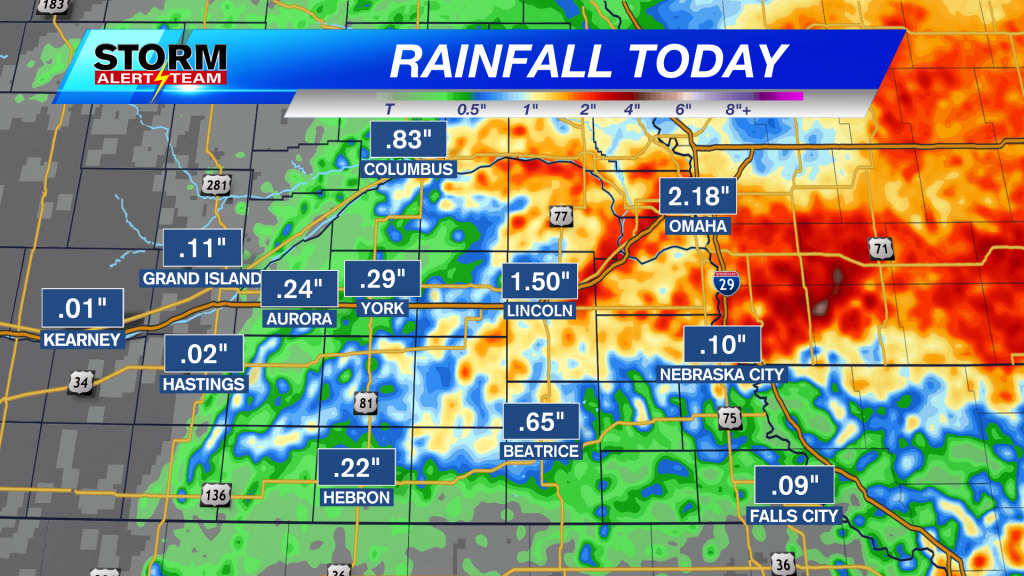 The rain has since scooted out of the area as of late Sunday afternoon. While the rain pushes east, I think that eastern Nebraska will hang onto some low clouds overnight and into Monday morning. There may be some periods of mist in the overnight hours as well.

While areas west of the Tri-Cities saw some clearing late Sunday, I believe that some low clouds will try to make their presence known by Monday morning there as well. Low temperatures on Monday should be in the middle to upper-30s. There may be some patchy fog. 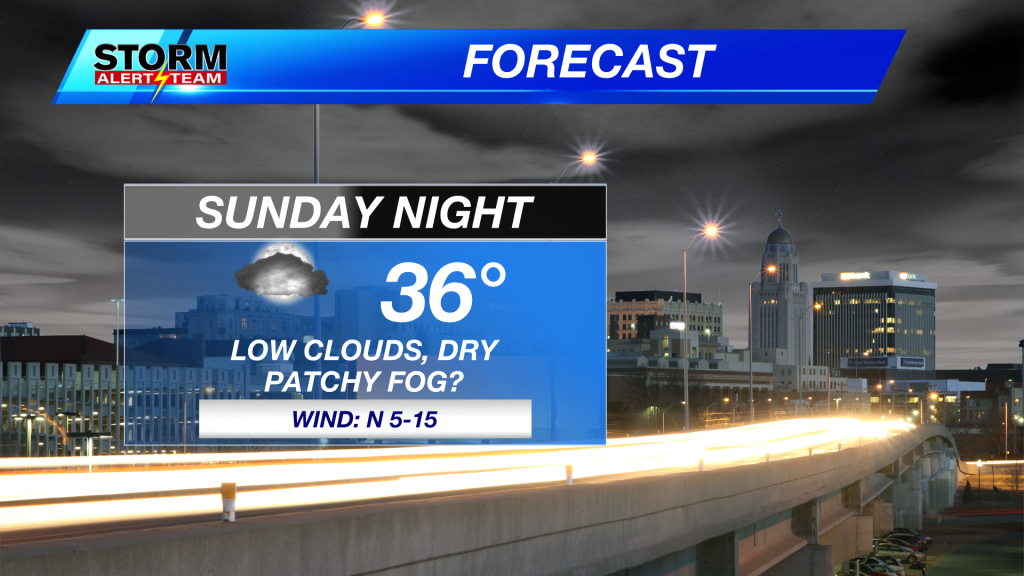 Monday should be dry, although there may be some clouds. That said, there should be plenty of sun to go around. High temperatures should reach the middle-50s in Lincoln on Monday afternoon. 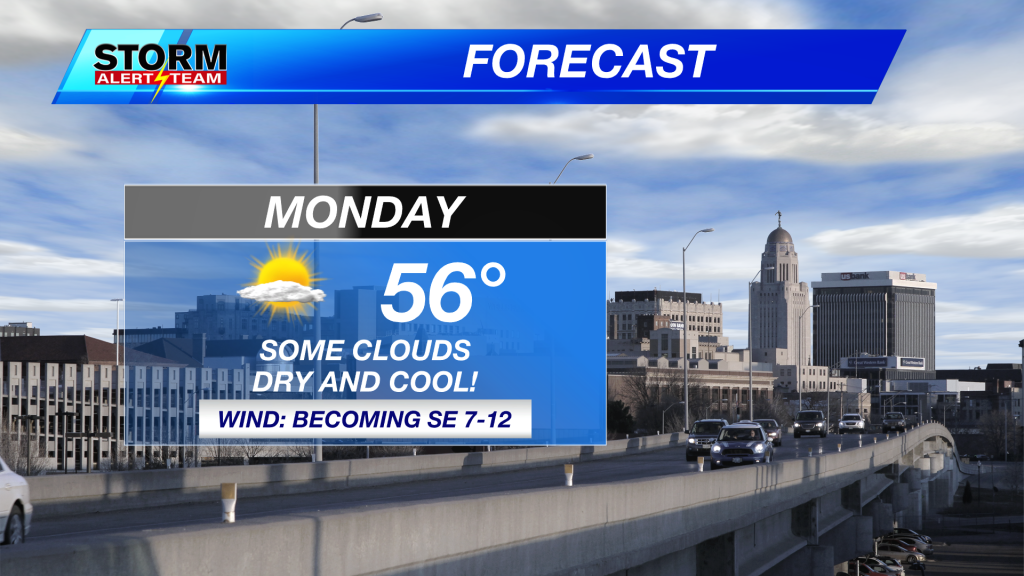 Tuesday looks largely dry. However, our next storm system approaches late Tuesday which could throw some storms our way. Those could last into Wednesday before things ultimately dry out to close out the workweek.