A small rain chance on Sunday, but mostly dry overall

Despite a cloudy start with isolated showers across southeast Nebraska, skies cleared and any showers fizzled out by Saturday afternoon. It was a warm Saturday, with high temperatures in the middle to upper-70s for many. Overall, Saturday was a really nice day!

We’ll hang onto mostly clear skies overnight Saturday in Lincoln. Low temperatures by Sunday morning should be able to make it into the upper-50s. We’re forecasting a low of 57° in Lincoln. If you’re going to be out and about on Sunday morning, keep in mind that there may be some patchy fog. 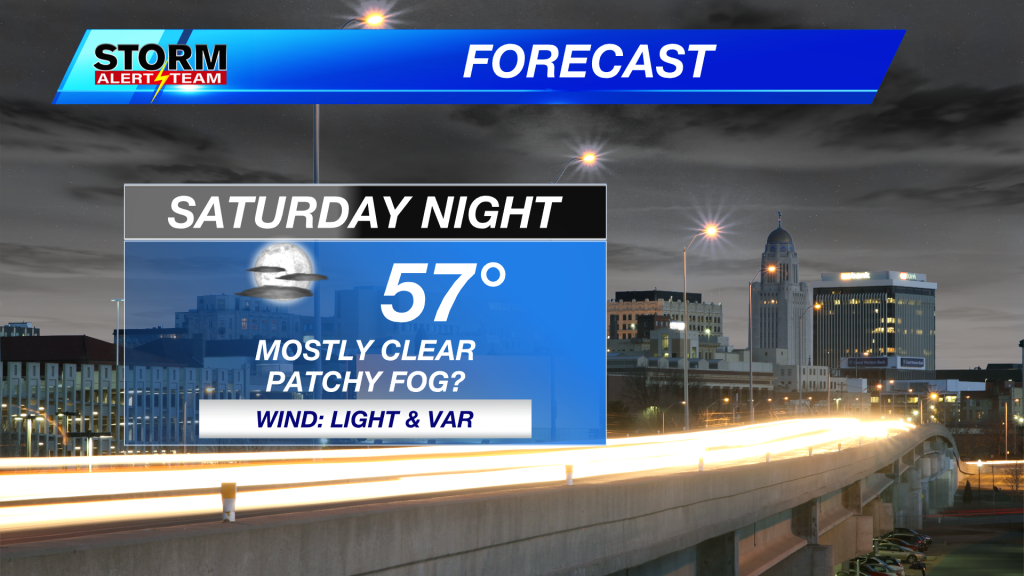 Despite mostly clear conditions in Lincoln, we are watching the potential for a few storms to develop in the western and central parts of the state early Sunday morning.

It is mostly communities west of Lincoln, including the Tri-Cities, that may see some of these storms early Sunday. Stormcast depicts this well. 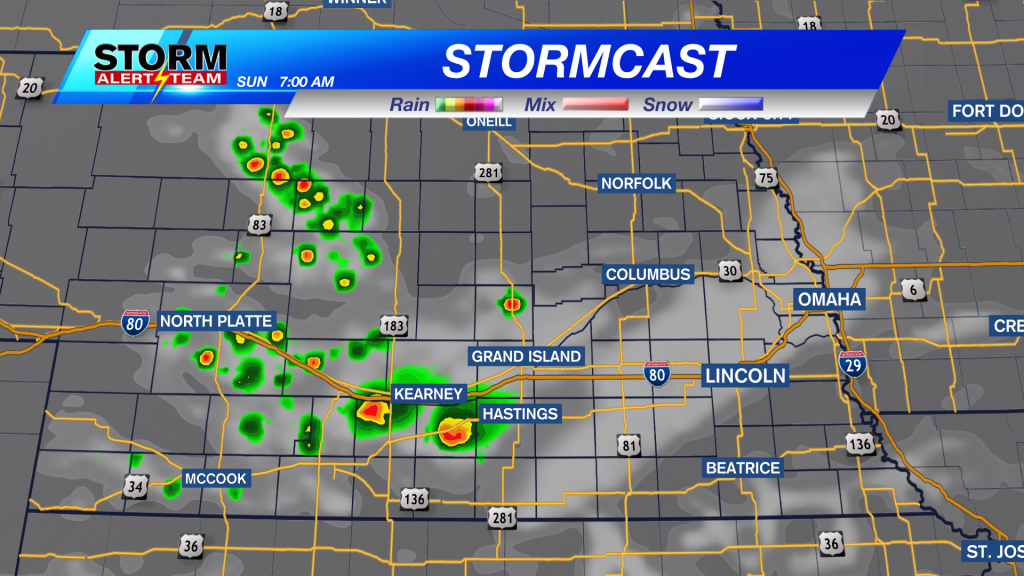 Keep in mind that these storms will be scattered in nature, and not everyone west of Lincoln will experience them. That said, the best chance to see rain is west of Lincoln – closer to the Tri-Cities. While one or two of these storms may be strong, we’re not anticipating a lot of severe weather.

Lincoln should be dry for the most part on Sunday morning. A few storms may attempt to approach the Capital City sometime during the mid-morning and early afternoon. As a result, we’ll keep an isolated storm chance for Lincoln.

The more likely scenario is that Lincoln will stay dry on Sunday despite the small storm chance. We’ll see some clouds on Sunday, and highs will likely be in the low to mid-80s as winds return out of the southwest. 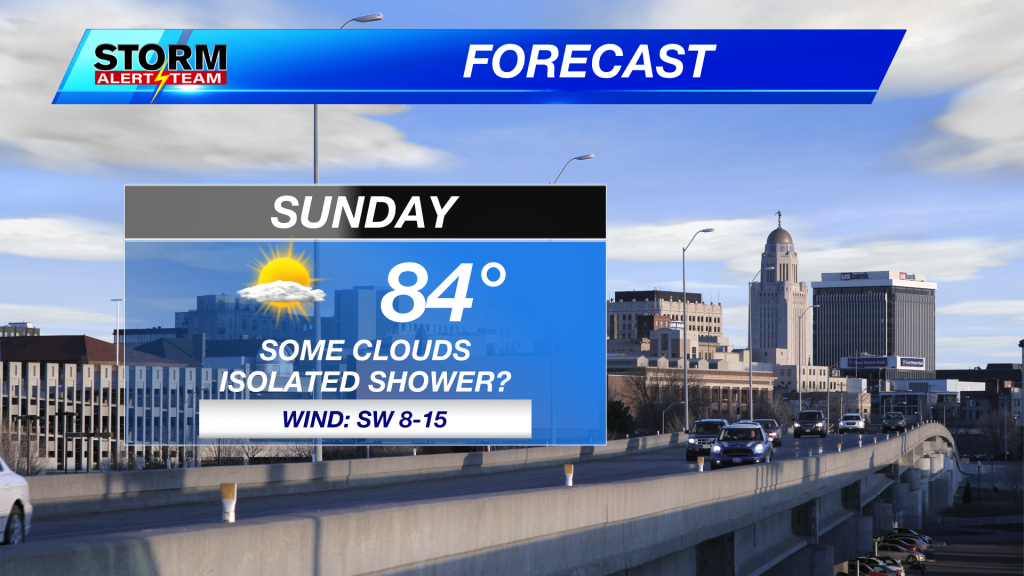 Temperatures will climb into the upper-80s on Monday, and the humidity may be a tad noticeable. A “dry” cold front moves through overnight Monday and into Tuesday which will drop high temperatures and humidity starting Tuesday. This will set the stage for very comfortable conditions by the middle part of next week.