A winter storm unfolding across the state

After analyzing radar trends and taking a look at some of the morning data, we’ve made a few adjustments to the snow forecast. A wintry mix will eat away at some of the snow totals in southeast Nebraska, producing a sharp cutoff between high and not-so-high snow totals. Lincoln will end up very close to that cutoff region. 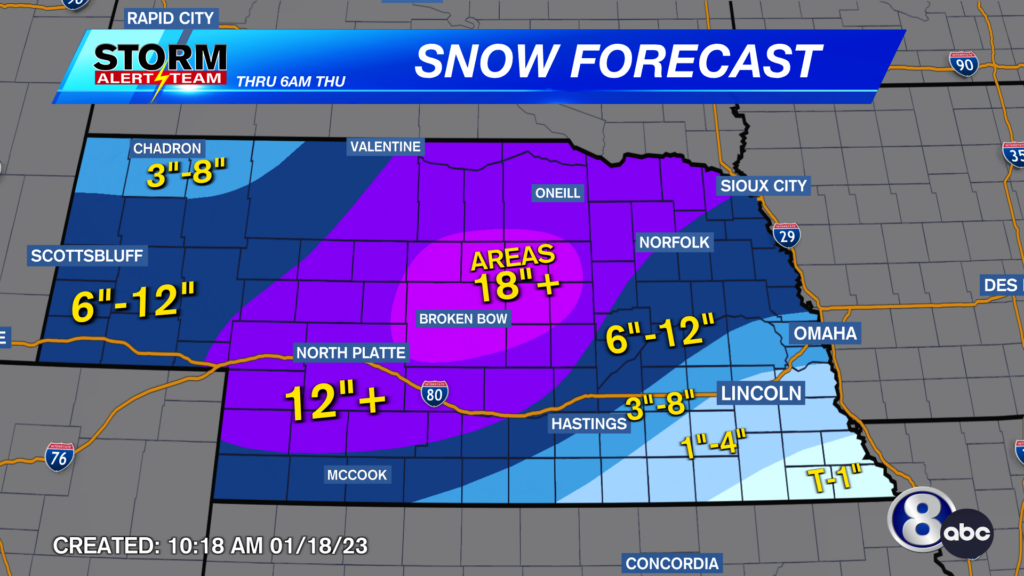 We’ve shifted things slightly north in southeast Nebraska as it appears that the wintry mix may play a bigger factor. Either way, some form of moisture will fall from the sky. Whereas some regions may see lower snow totals, ice accumulation will likely take its place. In fact, many in southeast Nebraska may see snow accumulation on top of the ice.

Winter Storm Warnings are in place for most of the state on Wednesday, with Winter Weather Advisories on the outer edges. 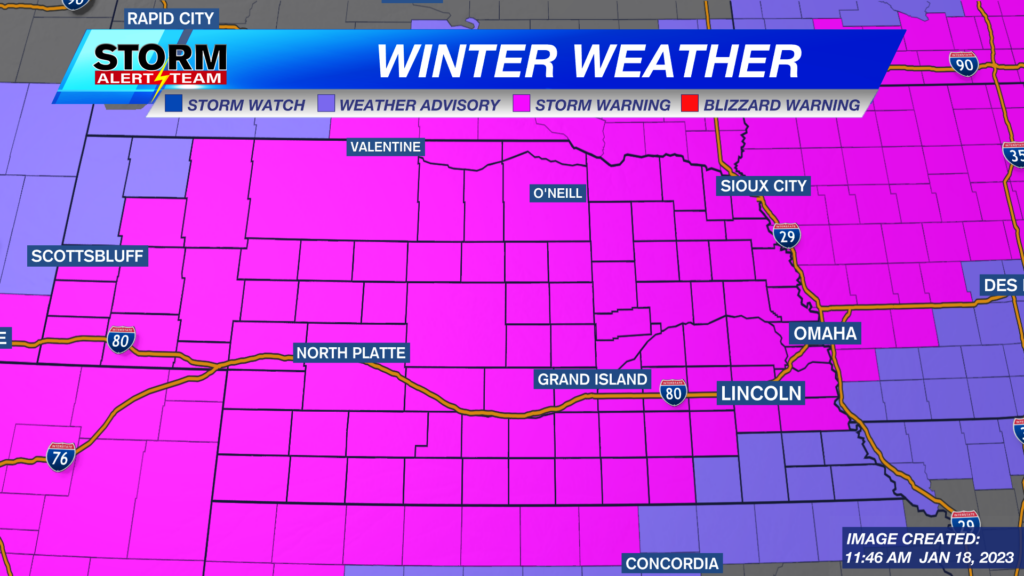 There are a lot of moving parts to the forecast, so we’ll walk through everything one by one.

Snow is already ongoing in central and western Nebraska as of 7 a.m. Wednesday. Meanwhile, a scattered wintry mix is moving into the southeast corner of the state. We expect this scattered wintry mix to be possible from 6-10 a.m. in Lincoln, with the activity becoming a bit more widespread late Wednesday morning and into the afternoon. 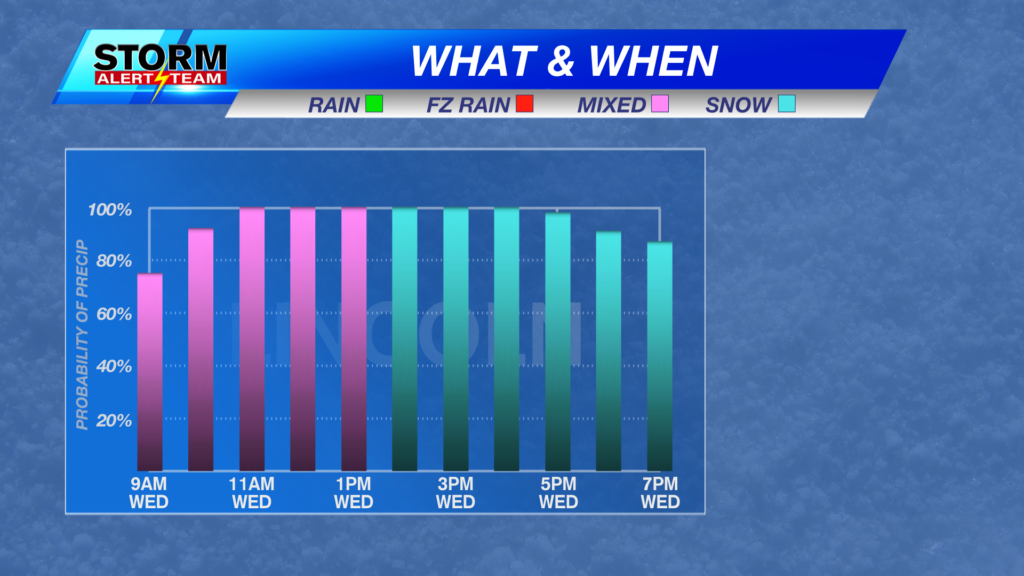 Precipitation chances will be pretty close to 100% for much of the day. Something will fall from the sky, but the main question is: in what form? A wintry mix appears likely initially in southeast Nebraska. However, we should eventually see a transition over to snow as cooler air starts to move in above our heads. 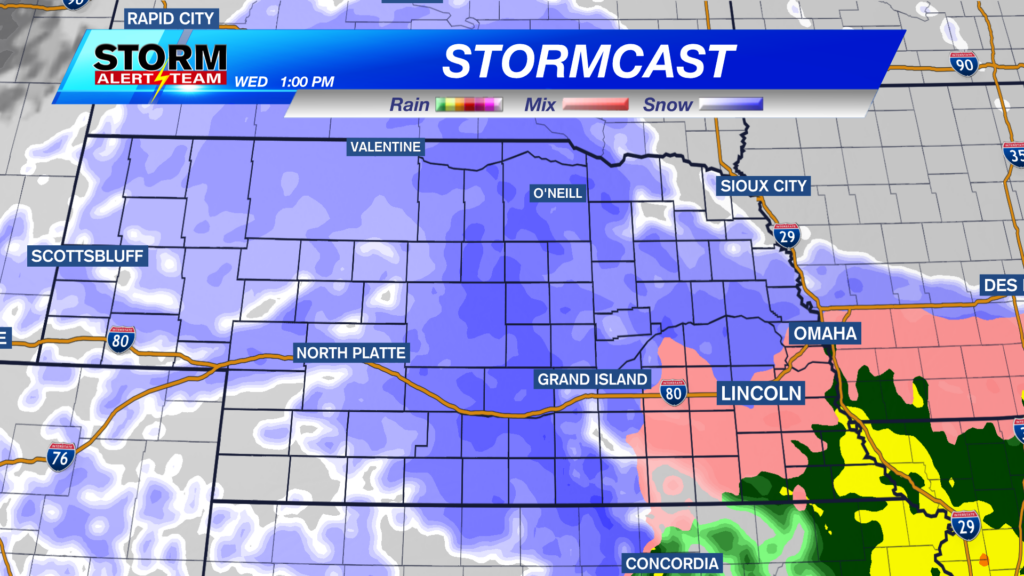 The timing of that changeover is trickier to determine, but our snow and ice totals will be closely tied to how long the wintry mix sticks around.

The snowfall will let up in intensity on Wednesday night, with perhaps a few lingering flurries into early Thursday morning. We should be dry for the day on Thursday.

The winners for snowfall will be in central Nebraska, where many areas may be measuring snow in feet. Even areas closer to the Tri-Cities may see quite a bit of snow. However, snow totals will diminish in the far southeast corner of the state. We have Lincoln in the 3″-8″ range as of Wednesday morning. 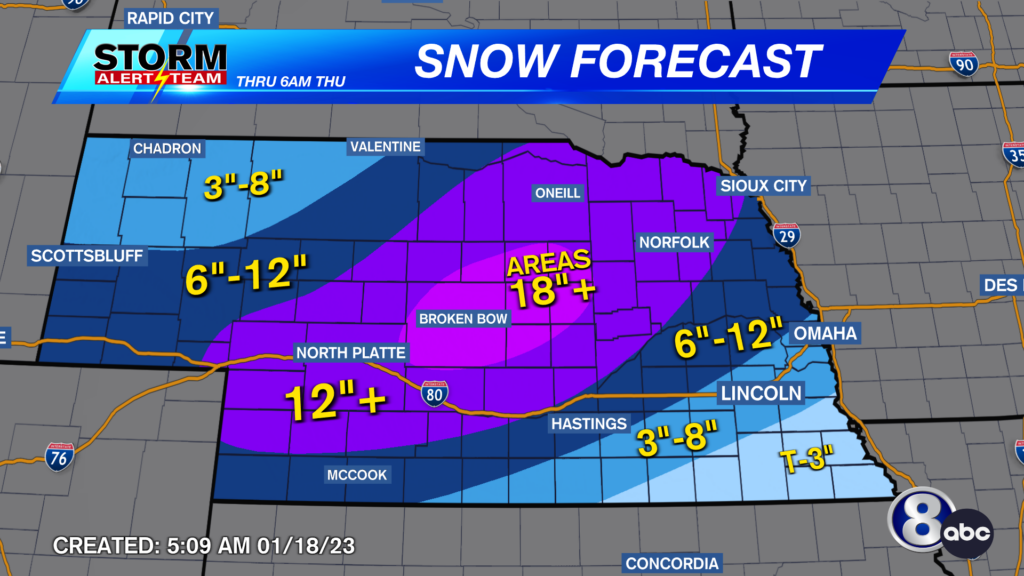 For areas able to see the wintry mix, ice accrual may be an issue. Some areas of southern Nebraska may be able to see as little as a glaze and as high as 0.25″ of ice. So even if you see less snow, chances are, you’re trading it for ice. Winter weather impacts will still exist even if you see lower snow amounts. 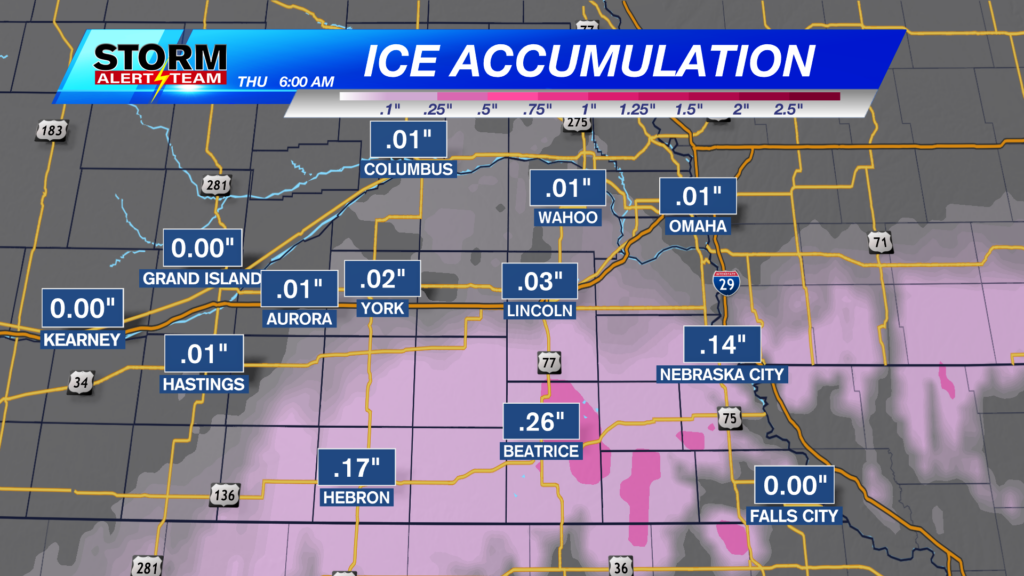 Temperatures at ground level will struggle to get above the freezing mark on Wednesday. We’re forecasting a high near 32° in Lincoln, with upper-20s for areas closer to the Tri-Cities. Overall, the forecast is very messy on Wednesday, with temperatures a few degrees below average. 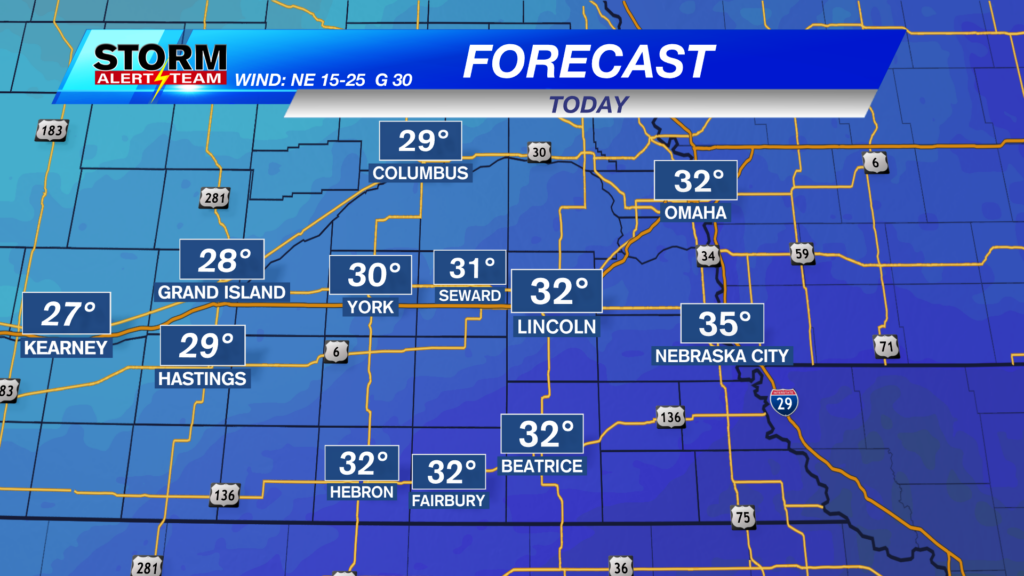