Another cool day; Chance for storms on Tuesday

Only a few months ago, Saturday’s high of 50° would have felt great! But by late March standards, this is below average. The day featured more sun than clouds, with more cloud coverage as the day wore on.

We’ll keep some clouds overnight Saturday and into Sunday morning. Lows will drop into the middle to upper-20s for most. We should be mostly dry – the key word being mostly. 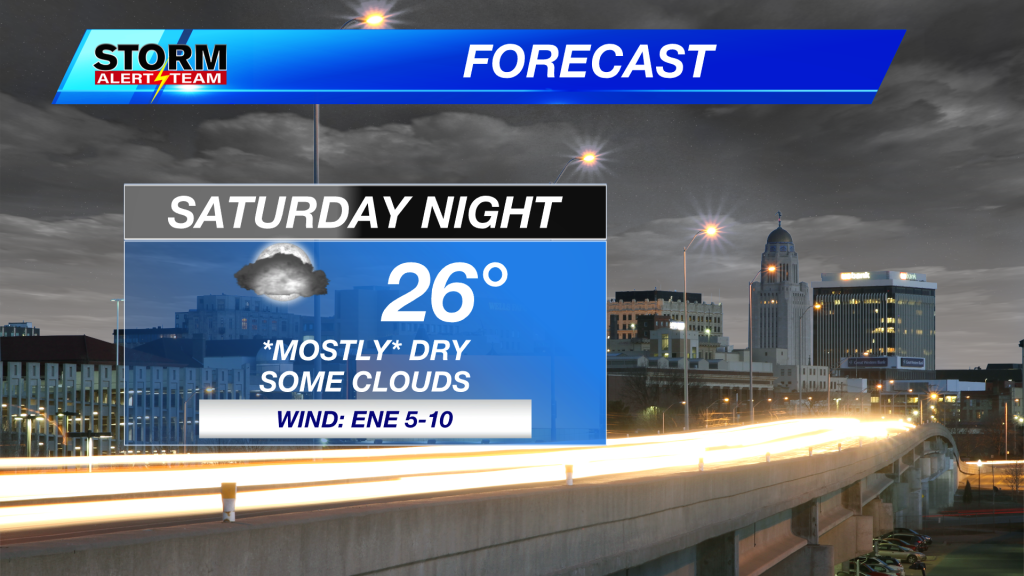 Winds will be out of the east and northeast on Sunday morning, meaning that air will be flowing upslope as it flows westward. The rising motion associated with that, plus a weak front straddling the state may produce a few snow showers. 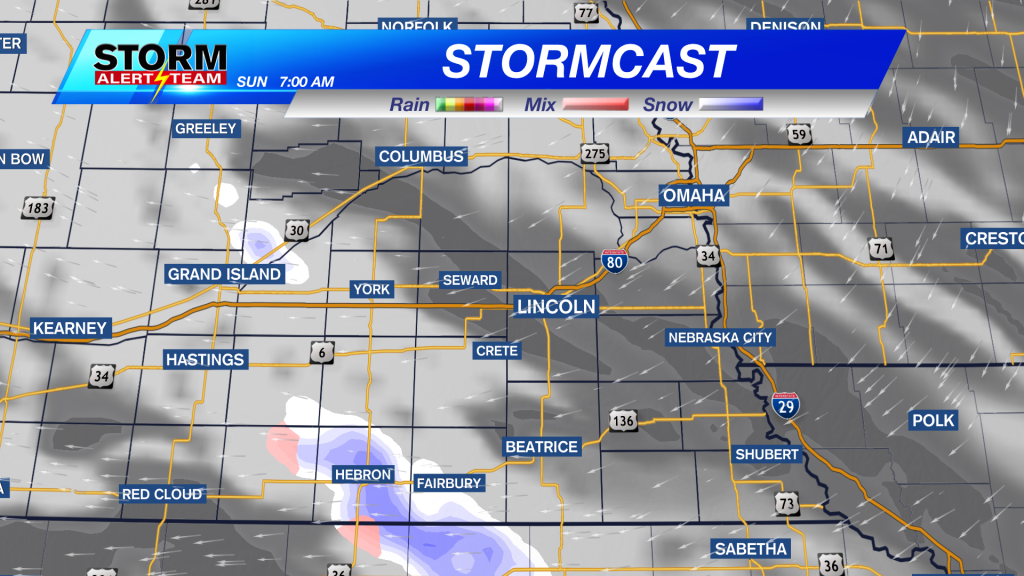 As has been the case almost all of winter, these snow showers will be battling dry air. As a result, I’m not convinced many will succeed in seeing flakes. That said, we can’t rule it out, so don’t be surprised if you see flakes on Sunday morning.

Despite the small morning precipitation chance, the rest of Sunday is dry. The morning should feature more clouds whereas we’ll see a few breaks in the afternoon/evening. We’re forecasting a high in the upper-40s in Lincoln. 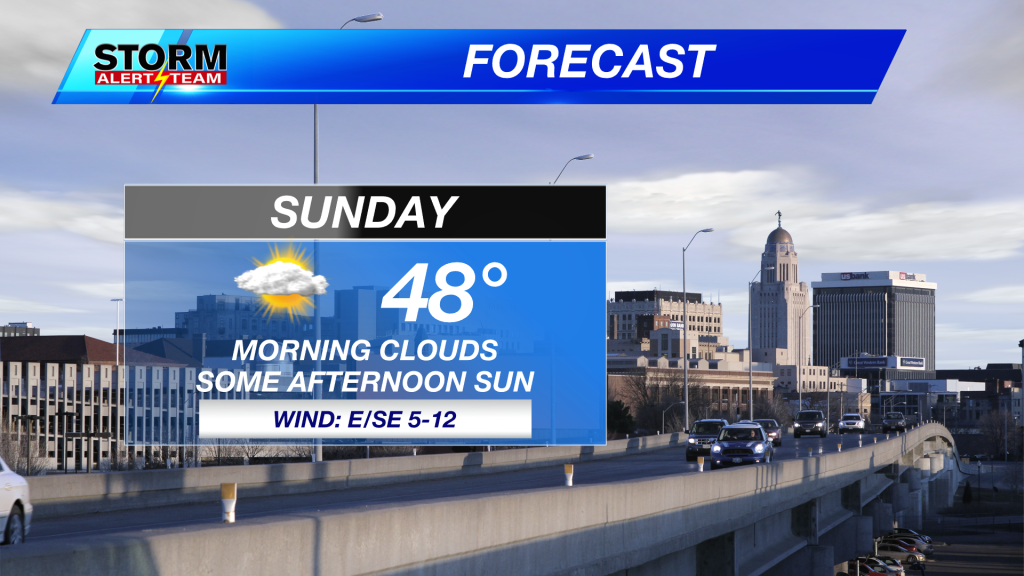 Temperatures will warm going into Monday and Tuesday ahead of our next disturbance. That will increase rain chances starting Tuesday evening. In fact, there may be enough instability to pop the lid on the atmosphere and produce a few thunderstorms on Tuesday night. 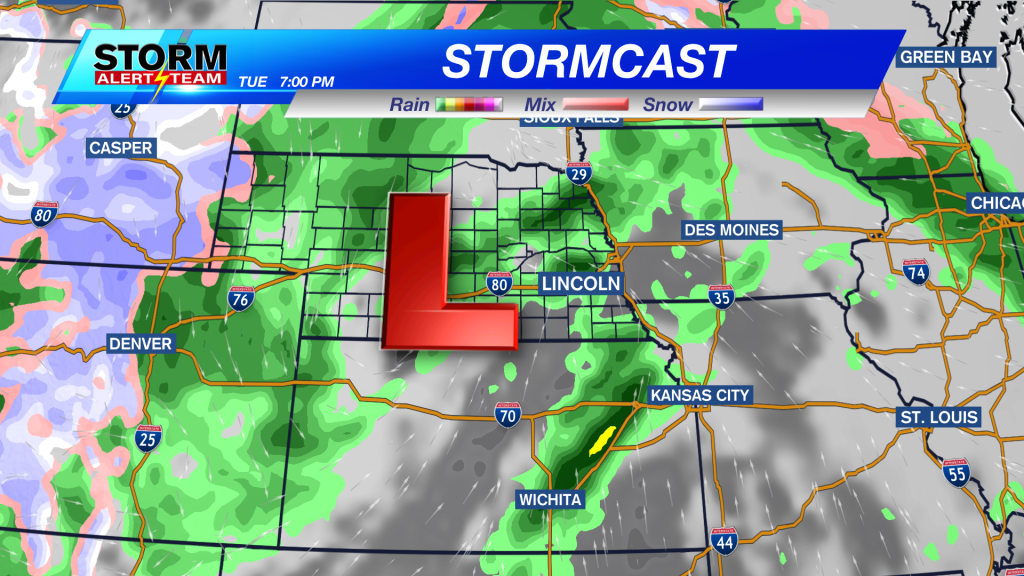 Showers remain possible into Wednesday, but we’ll be considerably cooler. I also cannot rule out the chance for a few snow showers late Wednesday.