Another round of severe storms possible Thursday night

We are not starting off with the cloud cover on Thursday morning. Skies are filled with an overabundance of sunshine, and it was neither too warm nor too cool of a start.

The sunshine is going to allow temperatures to warm more than they did on Wednesday. High temperatures should reach the lower-90s on Thursday in Lincoln. 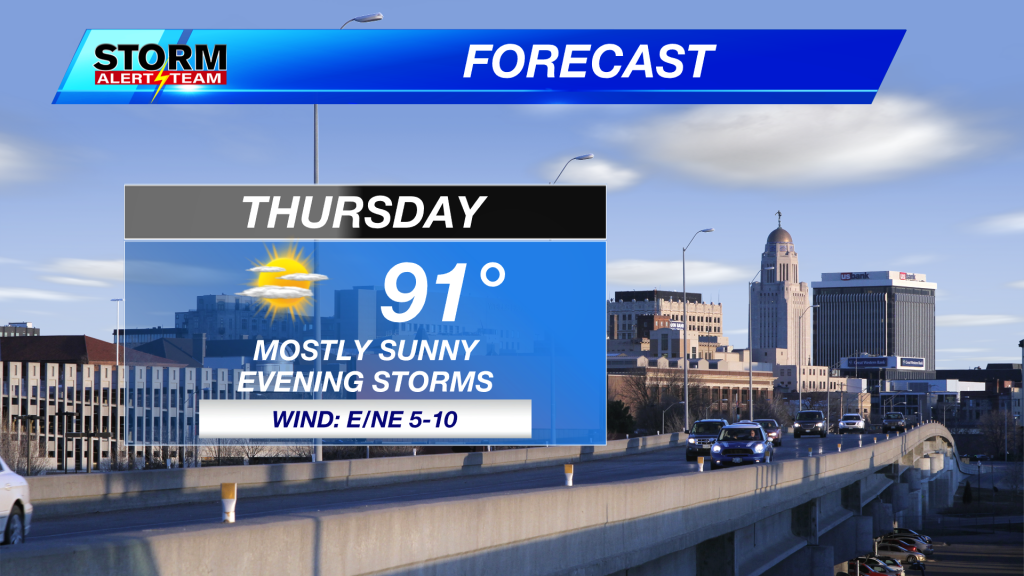 While skies remain mostly sunny almost all day long, we do have the chance to see some evening and overnight thunderstorms. I believe that anytime after 6 p.m. is fair game for storms to develop in southeast Nebraska.

There are still some questions as to whether an early evening round of storms can develop, but if they do, large hail, gusty winds, and an isolated tornado cannot be ruled out.

There is greater confidence in a later evening and overnight storm event for southeast Nebraska. These storms could be on the stronger side, with large hail and straight-line winds being the main concerns with any overnight storms. 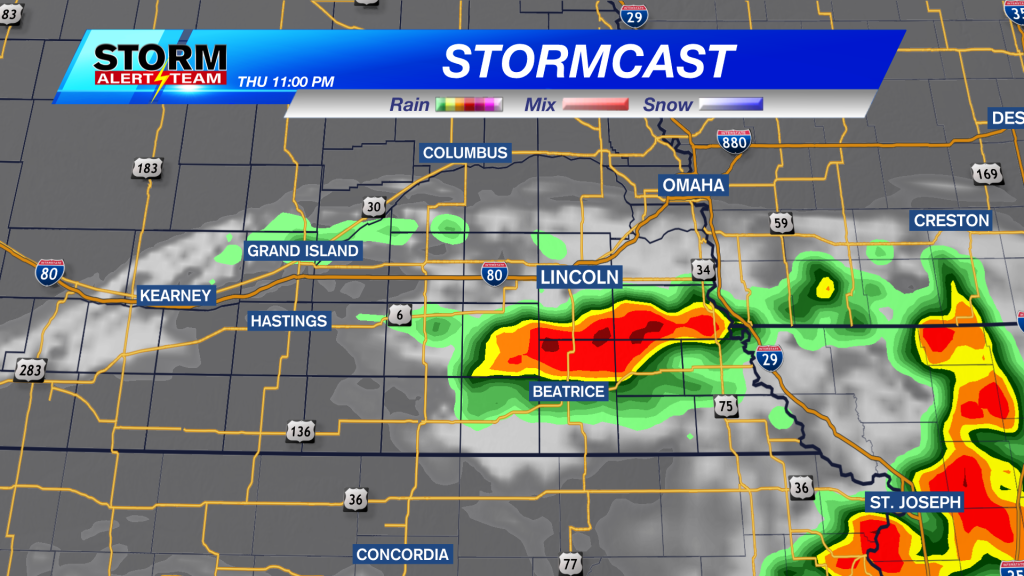 Understand that storms may miss some communities entirely. However, those who do see them may see a lot of rainfall. Flash flooding may be an issue with some of the storms, especially ones that train over the same area for a long period of time. 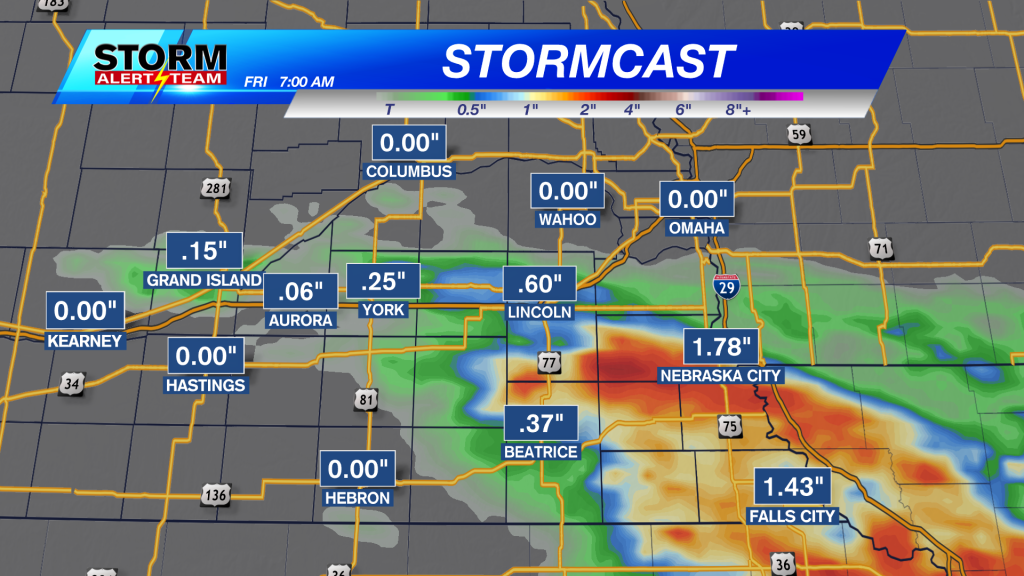 We expect mostly cloudy skies overnight and into Friday morning as a result of the storm activity, with lows in the upper-60s. 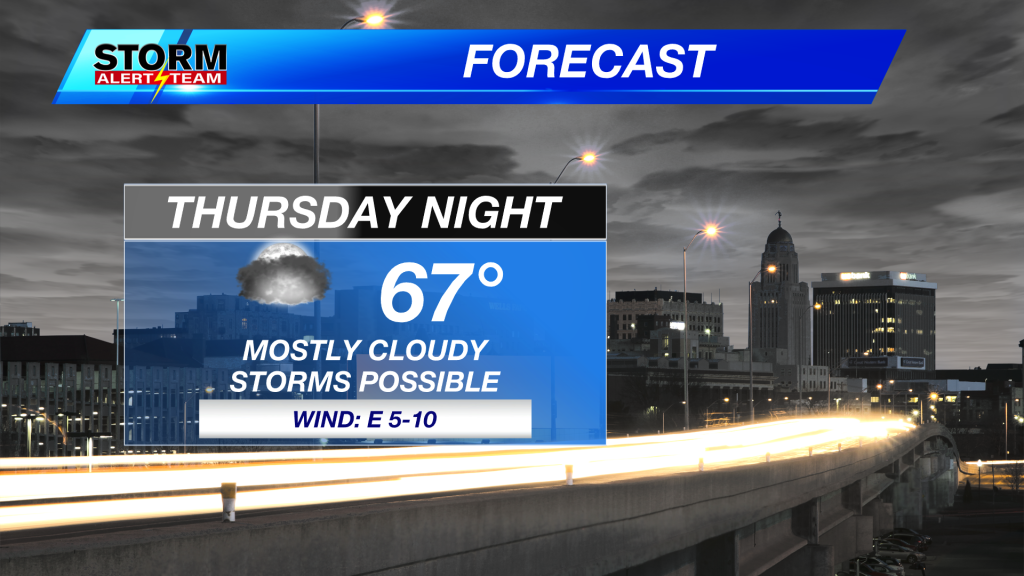 By Friday, we’re continuing to turn up the heat. Excessive Heat Watches are posted for areas west of Lincoln, and go into effect Friday morning. The heat will only build into the weekend, with triple-digit heat possible on Saturday and Sunday.