According to LFR, the fire was caused by a cigarette and the estimated damage is $100,000

LINCOLN, Neb. (KLKN)- Early Tuesday morning, around 5 a.m., a fire on the roof of an apartment complex led to the evacuations of its tenants.

LFR reported the fire started on a balcony because of a cigarette and reached into the building, causing heavy fire damage in the 2nd story apartment. There were no injuries because of the incident.

Eight apartments had to be evacuated and the inspector estimates $100,000 in damages. 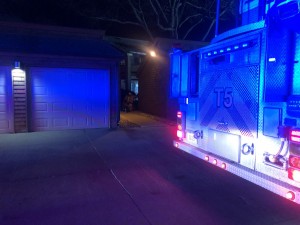 Residents evacuated from apartment after fire in west Lincoln