UPDATE: Police say a teenage boy has been arrested on a murder warrant in a shooting at a Omaha mall that left one man dead and a woman injured.

Omaha police say 16-year-old Makhi Woolridge-Jones (pictured below) was arrested Sunday on a charge of first-degree murder in the shooting Saturday at the Westroads Mall in Omaha. 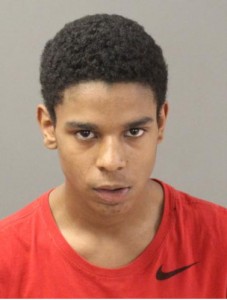 Douglas County Attorney Don Kleine told 3 News Now that Woolridge-Jones will be charged as an adult.

Eighteen-year-old Brandon Woolridge-Jones (pictured below) was earlier arrested on a charge of being an accessory to the shooting. 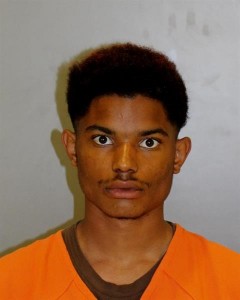 Police haven’t released the name of a third man they consider a person of interest in the shooting.

Police say 21-year-old Trequez Swift was shot and died at an Omaha hospital.

The warrant is in connection to a shooting at Westroads Mall on Saturday that left one person dead and another injured.

Police also arrested 18-year-old Brandon Woolridge-Jones on one count of accessory to a felony in connection to the homicide at the mall.

The investigation into Saturday’s mall shooting is ongoing.

Omaha Police said in a tweet Sunday morning that 16-year-old Makhi Woolridge-Jones was arrested in connection to Saturday’s shooting at Westroads Mall.

Westroads Homicide Update: Suspect Makhi Woolridge-Jones has been located and taken into custody. Thank you to all who provided Crime Stoppers tips that helped lead to his quick apprehension.

Woolridge-Jones was wanted on a first-degree murder charge after the shooting at Westroads Mall that left one person dead and another injured. This marks the second shooting at the mall just this year.

Anyone with information on Saturday’s shooting/homicide is asked to call the OPD homicide unit at 402.444.5656 or Omaha Crime Stoppers at 402.444.STOP.

Nebraska hospitalizations increasing with holiday get-togethers on the way