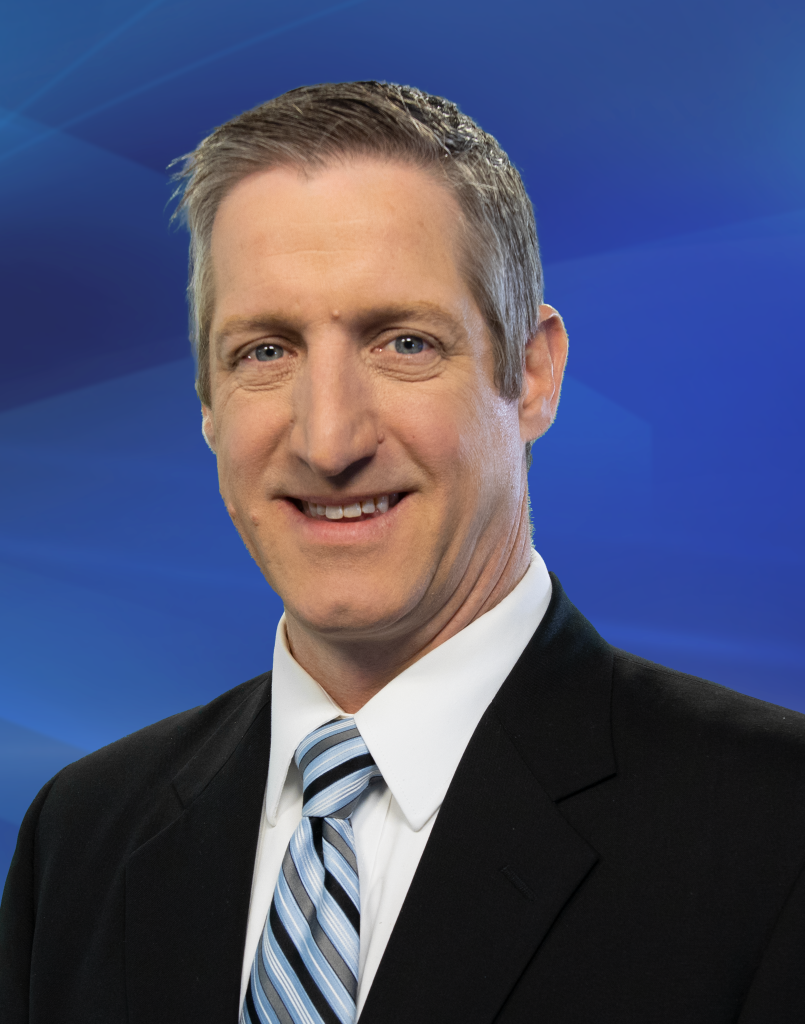 Rusty Dawkins has had a lifelong obsession with weather. Growing up in the Panhandle of Nebraska, watching storms roll in on the wide-open sky above the Sandhills, prompted him at a young age to want to know more.

Eventually, Rusty attended the University of Nebraska-Lincoln and graduated with a degree in meteorology and climatology.

Recognizing that the industry was changing and that digital media was developing an increasing role, he shifted into that world for a few years to explore it further. During that time, Rusty maintained his love of weather and filled in at Channel 8 consistently.

Rusty wants to continue to serve his community and once again started watching the skies over Nebraska full time at Channel 8 in 2022.

Rusty lives in Lincoln with his wife, Melanie Dawkins, and their two children. They spend their free time renovating their home and traveling the world!

Excessive heat over the weekend

A little less humid for a day

A Cooler and Rainy Start to the Week

Not Quite as Hot Wednesday

Warmer than Average for Several Days

A Cooler Start to the Weekend

Heat Continues to Build In

Slow Warm Up This Week

Heat and Humidity for Sunday

Rain Chances, Then Drying Out