A text no parent wants to get: “Mom, there was an accident.”

But that’s what Lincoln High School mom Melissa Rotert heard from her daughter, who was riding a school bus back from a speech meet in Omaha, Friday night.

“I got a message that they had been in an accident,” Rotert said. “That the car had lost control on the ice and the bus had hit it and the bus went off the side of the road.” 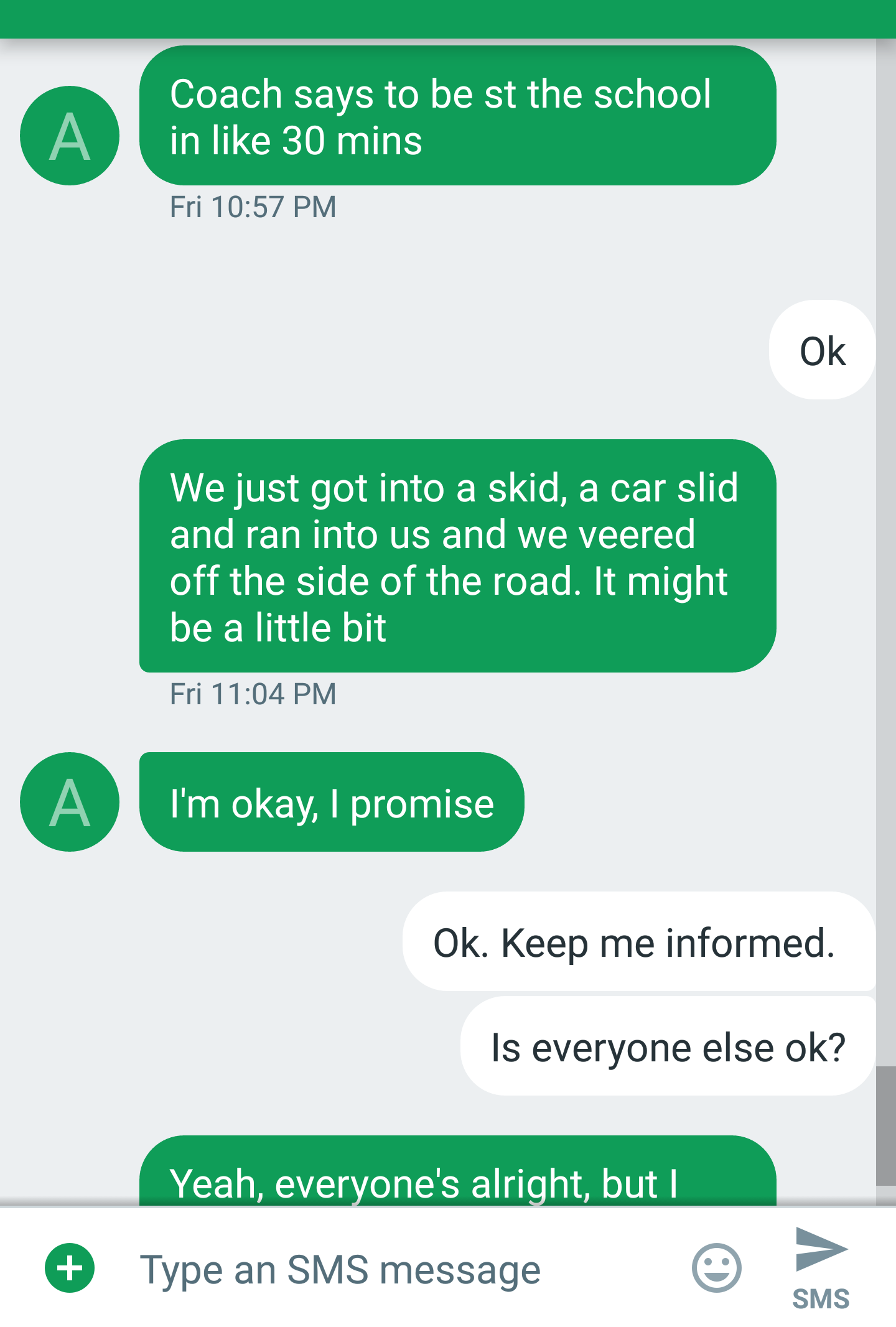 But it wasn’t that message that has her the most upset. She said it’s the message she didn’t get from the district.

“They were there for a little over an hour and a half on the side of the road near Ashland in a blizzard,” Rotert said. “We didn’t know who was going to be coming, we didn’t know anything.”

She just knew her daughter and her teammates were stuck on the side of the interstate in the thick of the snow storm at midnight.

“My first thought– is everyone okay,” she said.

Nobody on the bus was hurt, Rotert said. The Nebraska State Patrol said one person in the car that the bus hit went to the hospital, but is going to be okay.

Eventually the students got home, but only after a lot of confusion, Rotert thinks could have been avoided.

“Someone at the district knew what was going on and nobody took any opportunity to contact parents and let them know what was happening,” she said.

According to a statement from Lincoln Public Schools their emergency protocol is to first assess the health and safety of students, and determine if they need a new bus, then they try and contact parents as soon as possible.

They said the time of the accident, just before midnight, made it tough to communicate with families so they were only able to reach some parents.

They told the rest of the students to tell their parents themselves.

They also added that they’re always reassessing this protocol after each incident, to find any improvements that could be made.